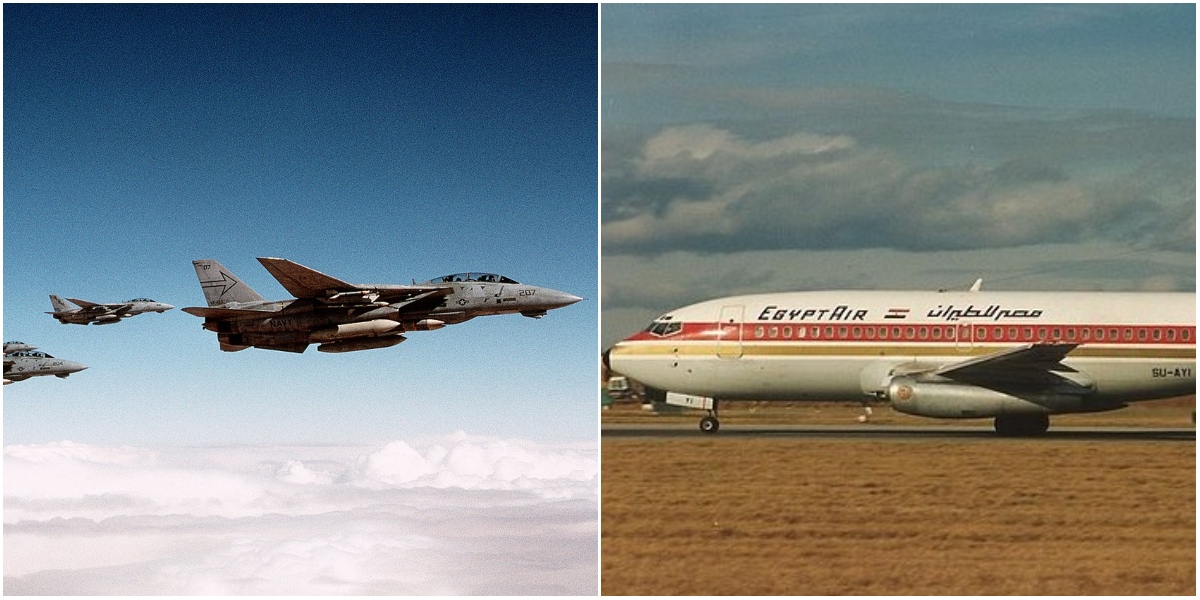 The Boeing 737 touched down on the runway of NAS Sigonella at 0015 on Oct. 11, as three F-14s circled overhead, effectively closing the airspace for all other aircraft — except two Lockheed C-141 StarLifters of the USAF, which carried SEAL Team Six. An additional Tomcat equipped with a TARPS-reconnaissance pod flew overhead to take photographs of the Boeing and two StarLifters on the runways of Sigonella…

On Oct. 1, 1985 Israeli Air Force (IAF) F-15 fighter-bombers destroyed the PLO HQ in Tunisia during Operation Wooden Leg. While the PLO restrained from exacting revenge, one of its offshoots — the Palestine Liberation Front (PLF) — did not. Working along a plan for a suicide attack on Israeli soldiers in the port of Ashdod, developed over nearly 11 months, four of them hijacked the Italian liner MS Achille Lauro off the coast of Egypt on Oct. 1, 1985. After directing the vessel to Tartus in Syria, the hijackers demanded the release of 50 Palestinians detained in Israeli prisons. On Oct. 8, the Syrian government refused permission for Achille Lauro to dock at Tartus: the hijackers then murdered the 69-year-old Leon Klinghoffer a retired wheelchair-bound Jewish American businessman and forced the ship’s barber and waiter to throw his body and wheelchair overboard. Subsequently, the hijackers ordered the ship towards Port Said in Egypt: after two days of negotiations, they agreed to give up in exchange for safe conduct to Tunisia.

As told by Tom Cooper, Albert Grandolini and Arnaud Delalande in their book Libyan Air Wars Part: 2 1985-1986, although condemning the Israeli attack on the PLO HQ in Tunisia, President Reagan put the US Navy’s SEAL Team Six and the US Army’s Delta Force on alert for a possible rescue attempt when Achille Lauro was hijacked. F-14 Tomcats and Lockheed S-3A Vikings from the aircraft carrier USS Saratoga (CV-60) tracked the liner for two days until it reached Port Said. Subsequently, Saratoga was released from her station and departed for a port call at Dubrovnik in Yugoslavia.

However, when it became known that the hijackers had murdered one of the hostages, the White House and Pentagon put all suitable military assets in the Mediterranean Sea on alert. The Italians deployed four HH-3F helicopters of the 15th Stormo at Akrotiri in Cyprus, with a team of the Italian Navy diver commandos (COMSUBIN). During the day, three Boeing EC-135 and RC-135 ELINT/SIGINT gatherers with Arab linguists on board and one Boeing E-3A Sentry airborne early warning and control system (AWACS) aircraft of the USAF were recorded patrolling off the Egyptian coast. Eventually, US intelligence found out that the Egyptian government decided that a chartered Boeing 737-226 of EgyptAir, registration SU-AYH, would take four hijackers of the Achille Lauro and two Palestinians to Tunisia, during the evening of Oct. 10. The US Commander-in-Chief Europe (USCINCEUR) in Vahingen, West Germany, called the Commander-in-Chief US Naval Forces Europe (CINCUSNAVEUR) in London, and he in turn communicated with the Commander of the USN’s 6th Fleet in Gaeta, Italy, and on to the Commander of Saratoga Carrier Battle Group (CVBG), Rear Admiral David E. Jeremiah, embarked on Saratoga. On their order, Commander, Carrier Air Wing 17 (CVW-17), Robert `Bubba’ Brodsky developed a plan to intercept the Egyptian airliner, and this was approved by the White House.

The first Grumman E-2C Hawkeye airborne early warning (AEW) aircraft of the USN’s squadron VAW-125 Tigertails was catapulted from Saratoga less than an hour from the moment its crew was put on alert, followed by two F-14A Tomcats, around 1845 local time. The second Hawkeye was catapulted around 2130. One of the two E-2Cs took up a position over the Strait of Otranto (the southern entrance into the Adriatic Sea) and acted as a back-up, while the other continued further south. Around 2200, Saratoga launched four additional F-14As from VF-74 and VF-103, at least two Grumman EA-6B Prowlers from VAQ-137, two additional KA-6D tankers and one Douglas EA-3B Skywarrior electronic warfare aircraft from VAQ-33 in quick succession. Three further Tomcats followed about an hour later. The southern E-2C, meanwhile, reached a position off the coast of Crete and scanned the sky for any airliners emerging out of Egyptian airspace, while the first two F-14As — supported by one of the KA-6Ds established a barrier combat air patrol (BARCAP) roughly north of Benghazi.

Operating as a team in the darkness of night, the other aircraft launched what was the most sophisticated anti-terror operation ever undertaken until that date, as explained by Sam ‘Spoon’ Witherspoon, one of the F-14-pilots involved:

“Underway in total radio silence, Tomcats occupied four BARCAP stations. Our only communication to the E-2C that controlled the entire operation was via data-link. The Hawkeye from Tigertails Squadron vectored us from one airliner to the other. I was appointed the southern-most BARCAP-station and intercepted several Il-76s at first, all of which were underway to Libya. Each time I would approach from behind and below, and then my RIO (radar intercept officer) would shortly turn on a flash-light in order to read their registration. Each time we quickly disappeared without being noticed.”

The EA-3B and one of the USAF’s EC-135s carried Arab linguists who were listening to Egyptian air traffic control. Sometime after 2200 local time, they intercepted a communication between a Boeing 737 of EgyptAir and Tunisian flight control, which indicated that the Tunisians forbade an entry into their airspace. Shortly afterwards, the EA-6Bs jammed all further transmissions from the 737, de-facto isolating the airliner from the outside world.

Meanwhile, the E-2C quickly vectored four F-14As to intercept. The next airliner they found was ‘wrong’ again, and there was nearly a mid-air collision, but the Americans continued, as Witherspoon explained:

Massey and Cloud intercepted the Egyptian airliner while it was at an altitude of 10,363m (34,000ft), south of the island of Crete. They approached it from the rear and below with their navigational lights turned off and then used a hand-held flash-light to identify it as SU-AYH from a vertical separation of only 4.5m (15ft), while both aircraft were at an airspeed of 740kmph (400 knots). Five other F-14s, the EC-135, the EA-3B and one of the EA-6Bs then joined the emerging ‘formation’, while the southern E-2C took over all communications with the Boeing using a very high frequency (VHF) radio channel.

Intimidated by the terrorists, the Egyptians initially refused to follow American instructions: the E-2C then ordered all the USN aircraft around the Boeing to move forward of the airliner and turn on their navigation lights, and advised the pilot to land at Naval Air Station (NAS) Sigonella, a major NATO air base on Sicily. The Egyptians attempted to contact Cairo and Tunisia, but without success: their radio remained jammed by the EA-6B. Finally, they gave up and agreed to follow US orders.

The Boeing 737 touched down on the runway of NAS Sigonella at 0015 on Oct. 11, as three F-14s circled overhead, effectively closing the airspace for all other aircraft — except two Lockheed C-141 StarLifters of the USAF, which carried SEAL Team Six. An additional Tomcat equipped with a TARPS-reconnaissance pod flew overhead to take photographs of the Boeing and two StarLifters on the runways of Sigonella.

Down on the ground, US special forces quickly surrounded the EgyptAir Boeing, but were in turn surrounded by Italian Carabinieri who requested the hijackers to be delivered to them. In the following minutes, tensions increased to a point where soldiers of two allies nearly opened fire at each other. Italian authorities were meanwhile insistent on getting the hijackers. While the US intercept operation was developing, the US Ambassador to Rome, Maxwell Rabb, attempted in vain to contact Italian Prime Minister Bettino Craxi in order to inform him about what was going on, and to express US insistence on the arrest of the hijackers. Eventually, Colonel Oliver North, who oversaw the entire operation at the Pentagon, was forced to contact Michael Leeden in Maryland, who used to know Craxi personally from the time when he was working at the US Embassy in Rome. Leeden finally managed to make a call to a surprised Craxi, who answered with a question, ‘Why Sicily?’ The American offered a laconic answer, `Because there is nowhere in the world a place which combined such beautiful weather, rich cultural heritage and good food.’

Not amused, Craxi immediately made a call to the Director of the SISMI, Admiral Fulvio Martini, and ordered him to enforce Italian sovereignty in Sigonella. That was the reason for the Carabinieri surrounding US special forces that encircled the Egyptian Boeing, almost causing a mutual fire-fight in the process. Even a telephone call from President Reagan, who first attempted to cajole and then threaten Craxi, failed to change the opinion of the Italian Premier: he refused to extradite the hijackers, claiming that because Achille Lauro was an Italian ship, they should be put on trial by an Italian tribunal. Around 0400 on 11 October, shortly after Admiral Martini arrived in Sigonella, the Americans finally embarked the two C-141s and flew away. 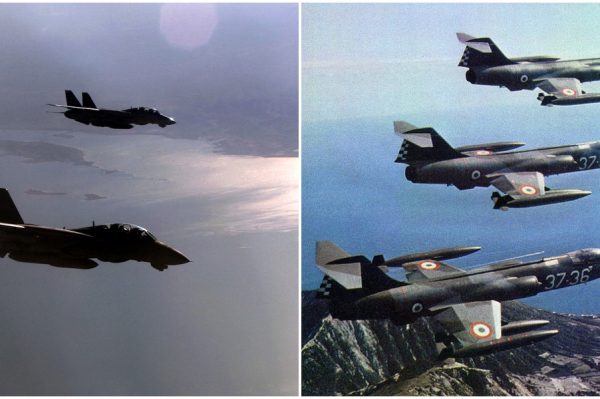 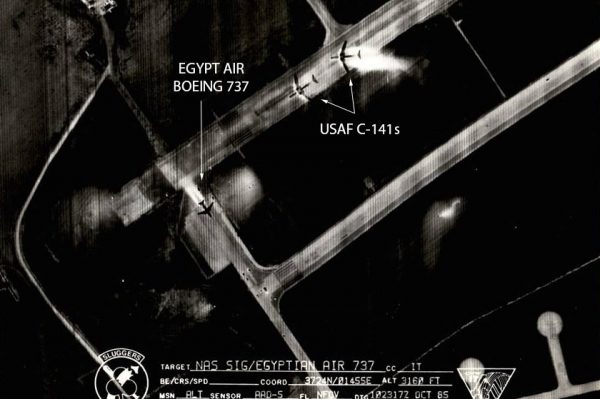 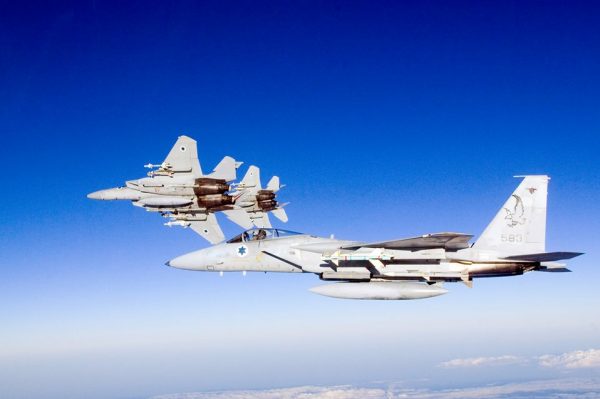