The tails of the F-14 Tomcat featured the character from the squadron logo, who we called Brutus, dressed as Santa Claus, complete with the bag of goodies. Some of us called the design “Santa Brutus,” Dave “Bio” Baranek, former F-14 Tomcat RIO.

In December 1975, Fighter Squadron 211 (VF-211) Fighting Checkmates transitioned to the revolutionary new F-14A Tomcat. The Checkmates completed numerous WESTPAC deployments during the 1970s and 1980s and in 1989, upgraded to the more advanced F-14B. In 1991, the Checkmates deployed to the Arabian Gulf in support of Operation Desert Storm, providing air superiority and aerial reconnaissance imagery for coalition forces.

Transitioning back to the F-14A in 1992, the Fighting Checkmates deployed to the Arabian Gulf in 1993 and 1995-96. In August 1996, the Checkmates moved back to NAS Oceana, VA, in conjunction with the turnover of NAS Miramar to the US Marine Corps, VF-211 remained attached to Carrier Air Wing Nine.

In 1997, the squadron deployed aboard USS Nimitz (CVN 68), spending four months in the Arabian Gulf in support of Operation Southern Watch. VF-211 flew daily sorties over Iraq enforcing the United Nations imposed no-fly zone, providing valuable photo reconnaissance imagery. The squadron consisted of 320 people operating fourteen F-14A Tomcats. We were a hard-working group with a lot of pride in our jets and our squadron. I was the commanding officer (CO).

By December we had made great improvements in the condition of our jets after months of hard work by our sailors. Several people mentioned that when the squadron was deployed during Christmas 1995, they had painted the Grinch on the tails of the CO’s jet, NG101. The Grinch is familiar to Americans from the popular book and TV show “How the Grinch Stole Christmas,” by children’s author Dr. Seuss.

I liked the idea of a special tail design but wanted something more positive than the Grinch, so I asked for suggestions from anyone in the squadron. I received about ten suggestions, all worth considering, and chose the design submitted by one of our pilots, LCDR “Mach” Singletary, who was also the squadron maintenance officer. Mach’s design showed the character from the squadron logo, who we called Brutus, dressed as Santa Claus, complete with the bag of goodies. Some of us called the design “Santa Brutus.”

Once the design was selected, I turned to the Corrosion Control workcenter to convert it into crisp and durable tail art. After all, it would have to survive operational flights for weeks. The project was handled by 24 year old Aviation Structural Mechanic Airman (AMSAN) Michael Kreisher, who had been with VF-211 a couple of years, because his supervisor had noticed his talent and figured he was the best for this job.

I contacted Kreisher recently and he recalls using an overhead projector (look that one up if you’re too young to know!) in the ready room to scale up the design to the correct size for a Tomcat tail. “It was challenging to say the least,” he said. Of course I had them paint it on NG101, the CO’s jet – “my” F-14. (Bureau Number was 161856.) To have some efficiency, it was applied during a cycle of touching up the paint, the regular corrosion effort that keeps Navy aircraft in good condition in the harsh environment of carrier operations.

It took Kreisher time to create the stencil for each color and carefully cut them out. Then more time to place them in the exact position, apply the paint, and wait for it to dry before doing the next color. But he knew it would be a morale booster and added, “I had a blast making the design and painting Santa Brutus.”

When starting the project I hadn’t really thought about the finished product, and when I saw it I was stunned by its quality and impact. I couldn’t wait to get the jet on the flight deck and in the air.

I took photos of Santa Brutus during an Operation Southern Watch mission over Iraq on Christmas Day, December 25, 1997. When we assigned jets for that mission people thought I would want to fly 101, but I put myself in a different jet so I could take these photos.

Santa Brutus lasted about a month, then NG101 was painted with the standard VF-211 tail design, but in color. At that time we were allowed to paint one aircraft in color. Once we returned from deployment and the workload became more manageable, I asked the Corrosion Control workcenter to apply normal Brutus to NG101. Once again, AMSAN Kreisher was assigned and did an outstanding job.

Brutus didn’t last too long on the tail of NG101: I completed my CO tour in August 1998 and the next CO went with one of the squadron’s historic tail designs. I retired from the Navy in 1999 after serving 20 years. Michael Kreisher continued, also serving 20 years and retiring as an E-6. The Fighting Checkmates converted to F/A-18F Super Hornets in 2004. Brutus lives on, prominent on the patch of VFA-211.

Santa Brutus also lives on — as a 1/72 scale kit from Hasegawa that was released in 2013 (which also includes regular Brutus) and a 1/200 scale die cast model by Herpa released in 2017. 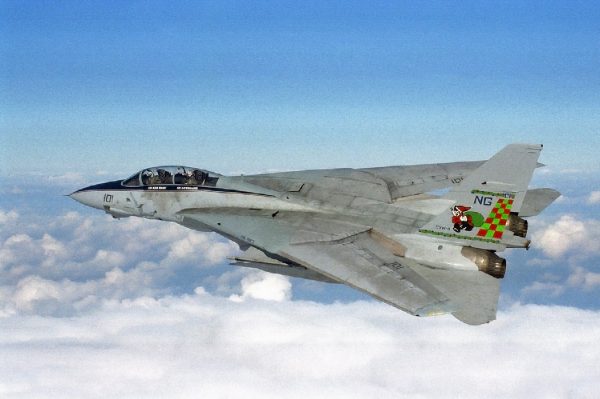 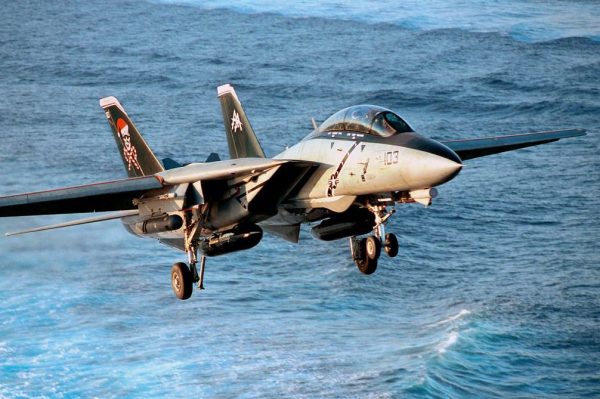