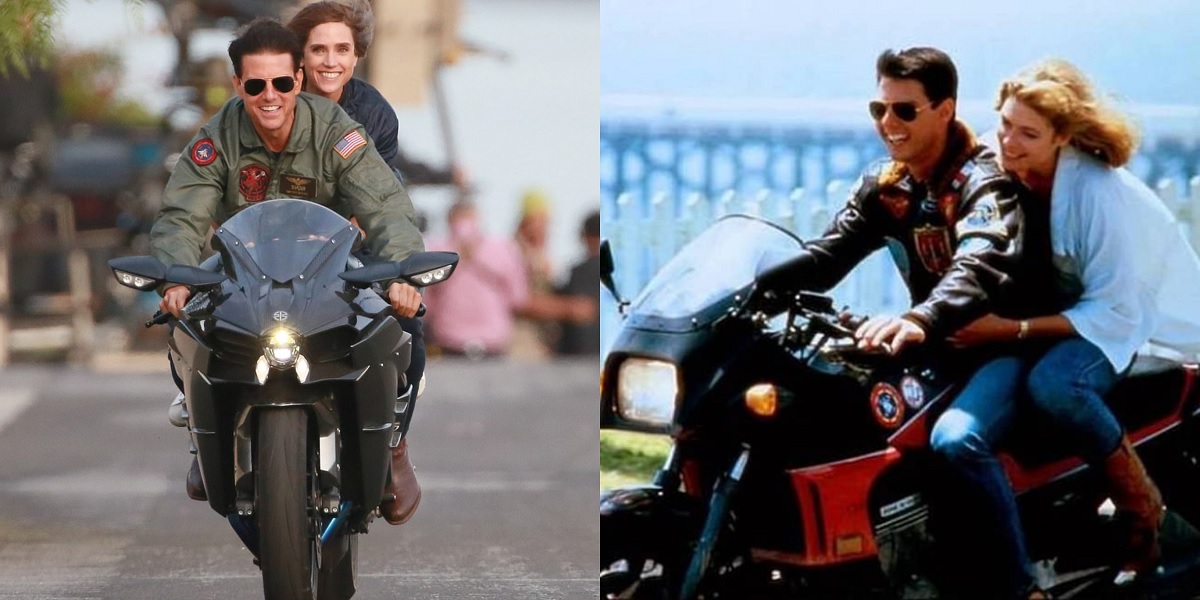 Taken on Nov. 2, 2018 in Los Angeles the pictures in this post show Tom Cruise as he got back into character as Lt. Pete ‘Maverick’ Mitchell (although according to a nametag on his character’s jacket, he’s now a Captain) to film motorbike scenes with Jennifer Connelly for the Top Gun sequel on Thursday, 32 years after the original action movie.

According to Daily Mail, Connelly will play Maverick’s love interest in Top Gun: Maverick, replacing Kelly McGillis who played Charlie in the original.

November 2’s scene, featuring an ocean backdrop, had Cruise riding the motorcycle with Connelly beaming away with the wind in her hair while holding on tight to the movie hero.

Connelly sat on the back of the high-powered motorcycle wearing a navy bomber and cropped blue jeans.

After a little while she hopped off the bike and gave Cruise a kiss on the cheek before finally locking lips as cameras rolled.

A limited edition Kawasaki Ninja H2 Carbon, which costs around $30,000 new and is one of the fastest road bikes in the world, is Cruise’s bike of choice for the new movie.

Noteworthy much of the original movie was filmed in San Diego but it looks like the sequel will also feature shots of Los Angeles.

Noteworthy earlier this mont a film insider said that Tom Cruise had put the filming of Top Gun: Maverick on hold so that he could learn to fly an F/A-18 fighter jet. However almost immediately, Paramount has confirmed that Tom Cruise will fly “certain aircraft” but not F/A-18 fighter jets in Top Gun sequel. Additionally, the studio also revealed that filming has not been halted in order for the actor to learn how to fly a fighter jet, but because the filmmakers need the extra time to get up to date with all of the current military weapons to get some realism included in the project.

As already reported Maverick’s aircraft for Top Gun sequel will be a cool special painted F/A-18F Super Hornet (which experienced a mid-air issue while it was flying with Tom Cruise on board in September). 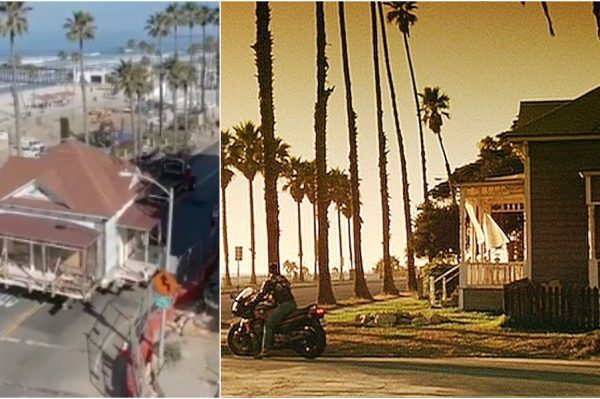 Iconic Top Gun house moved to Oceanside Pier: it will be part of the new Oceanside Beach Resort 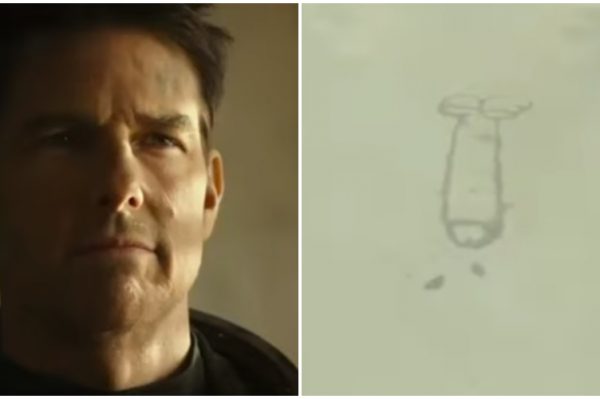