Log In Sign Up
Homepage Aviation HistoryTHAT TIME A U.S. NAVY F/A-18 HORNET PERFORMED A HIGH-SPEED FLYBY THAT DISPERSED A RIOT AND… WOWED AN IRAQI CHILD 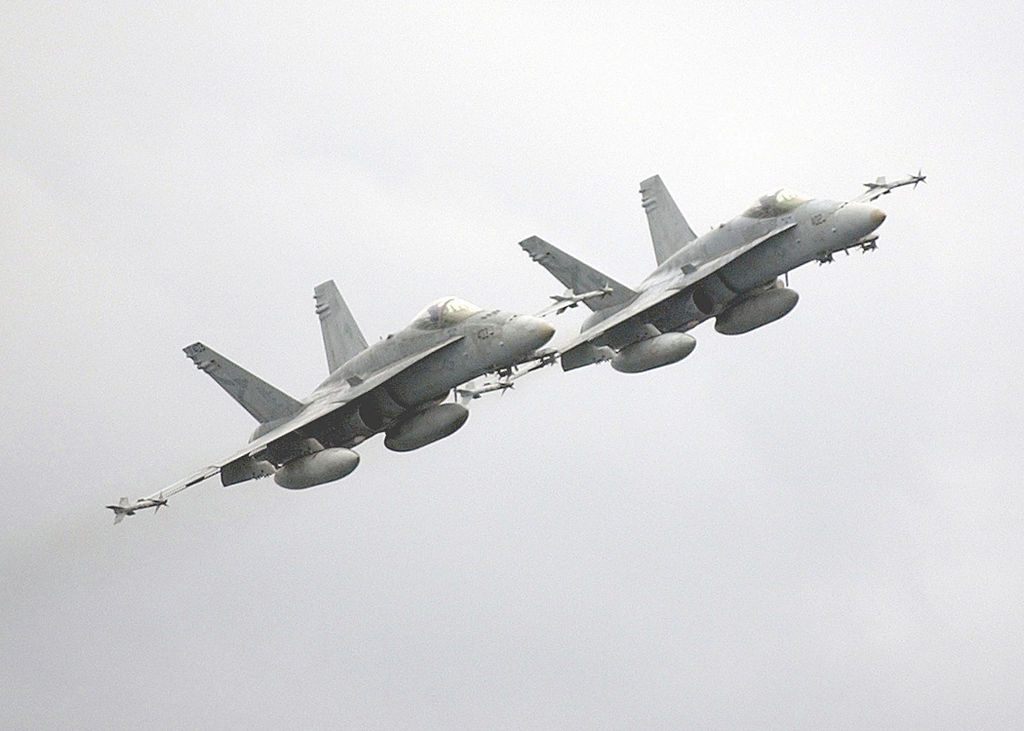 THAT TIME A U.S. NAVY F/A-18 HORNET PERFORMED A HIGH-SPEED FLYBY THAT DISPERSED A RIOT AND… WOWED AN IRAQI CHILD

“I smiled to myself and breathed a prayer: ‘Lord, please let that little guy grow up to be a pilot – he’ll never forget his first up-close glimpse of an aeroplane!”, Capt Mark Fox, VFA-137 F/A-18 Hornet pilot

The F/A-18 Hornet, in its various guises, was the ‘universal soldier’ of Operation Iraqi Freedom (OIF), with some 250 seeing combat during the campaign from land bases and the six supercarriers of the U.S. Navy that were committed to the war from the Northern Arabian Gulf (NAG) and eastern Mediterranean.

During the campaign the F/A-18 delivered hundreds of thousands of pounds of ordnance on a whole host of targets ranging from T-62 tanks of the Iraqi Republican Guard to the government buildings that housed elements of the Baath party regime in cities such as Basra, Baghdad and An Najaf. Aside from its ability to drop precision munitions such as JDAM and LGBs, the Hornet was also capable of launching anti-radar missiles and acting as an aerial tanker, intelligence surveillance and reconnaissance platform for other strike types.

As told by Tony Holmes and Chris Davey in their book U.S. Navy Hornet units of Operation Iraqi Freedom (Part One), on the morning of Apr. 10, 2003 Capt Mark Fox, Commander of CVW-2, launched from the deck of USS Constellation (CV-64) on his 12th OIF sortie. Accompanied by his wingman, Lt Cdr Steve Cargill from VFA-137, he held south of Baghdad in F/A-18C BuNo 164698.

Fox recalls: “Flying as ‘Minx 11’, and tasked with providing Close Air Support (CAS), I checked in with the E-2 controller. Lt Cdr Cargill and I then started working down a list of frequencies in search of a Forward Air Controller (FAC) who might need our help. Finally, the E-2 controller told us to go and check in with ‘Diablo 69’, but I couldn’t raise him on the radio. I told the E-2 that we had no comms with ‘Diablo 69’, so he instructed us to head further south, giving us the FAC’s location – 85AS, Keypad 3. We then realised that he was down in An Najaf, about a hundred miles south of us.

“We started driving south, and the controller informed us that our guy on the ground was using a weak hand-held radio, desperate for help. This did not sound good, as we had captured An Najaf weeks ago. We finally checked in with our contact and turned out that he was a GI trying to distribute humanitarian aid in the plaza outside the city’s Imam Ali Mosque. Dealing with desperate, starving people, he was facing a near riot. Assuring us there was no threat, he asked us to fly a series of high speed, low altitude passes to distract or disperse the crowd.

“Skeptical of the FAC’s ‘no-threat’ assessment, I was greatly concerned about AAA or MANPADS. Carefully scoping out the scene, and maintaining good mutual support, Lt Cdr Cargill and I came up with a gameplan – we’d swap roles, keeping one set of eyes looking for ground fire while the other made a high-speed flyby, always coming from a different direction.

“We flew several passes over An Najaf, which looked like something out of the Bible – surrounded by desert plains and sat amongst palm trees on a tributary of the Euphrates River. Seemingly untouched by modern structures, there were lots of single storey, dull brown buildings, and in the middle of them was this huge, gold-domed mosque.

“I was looking at my gas gauge and my watch, thinking ‘how much time can I give this guy?’ On my first pass I was 100 ft above ground level at 500 knots, just about co-altitude with the mosque’s dome. I then rolled into a left ‘knife-edge’, using the dome as a ‘pylon’, Reno air races style, pulling about 5Gs. I stroked the afterburner for noise as I passed the city centre in the turn, popping chaff and flares and moving the jet around fairly aggressively.

“Glancing down on the plaza as I rocked up on my wing in the turn, a snapshot freeze-frame image of a startled Iraqi boy looking up with his mouth in perfect “O” and his eyes literally on stalks registered in my mind. He was standing with his mother on the corner of the square, diagonally across from the Imam Ali Mosque.”

Fox concludes: “I smiled to myself and breathed a prayer: ‘Lord, please let that little guy grow up to be a pilot – he’ll never forget his first up-close glimpse of an aeroplane!

“Diablo 69 seemed happy with our help, and he thanked us as we climbed away.” 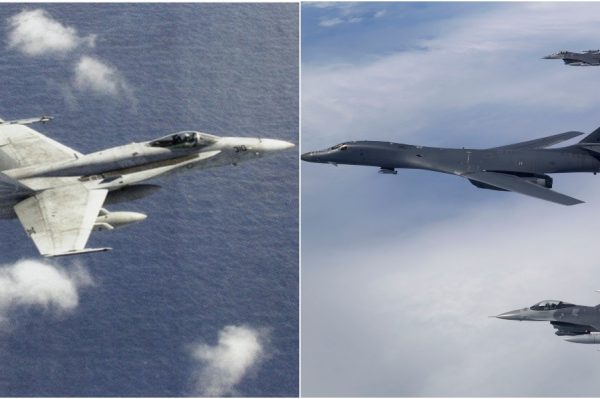 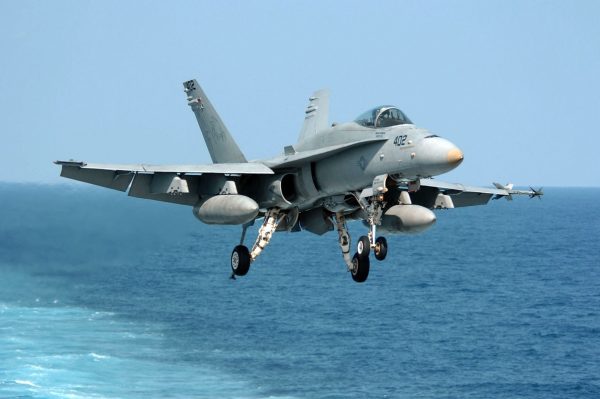 Blue-On-Blue! The story of the U.S. Navy F/A-18 that was shot down by a U.S. Army PAC-3 Patriot missile battery during OIF 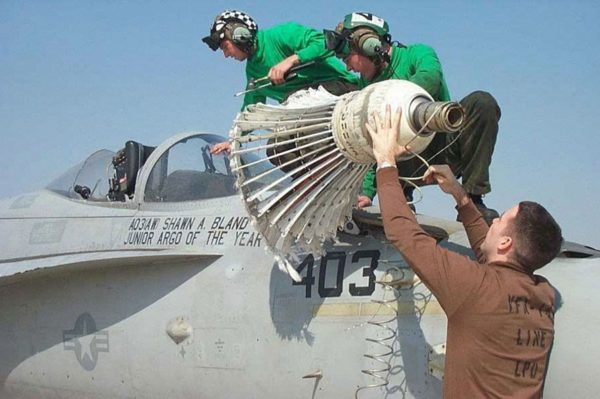 That time a U.S. Navy F/A-18 Hornet landed safely with a KC-10 refueling basket stuck in its refueling probe