Log In Sign Up
Homepage Aviation HistoryThis VNAF Chinook’s pilot jumped out of his CH-47A after having saved his family. And he made it out alive.

Maj Ba Van Nguyen managed to disembark his passengers. He then distanced and jumped out of the cockpit of his CH-47A Chinook…

Although the U.S. ran the operations during Frequent Wind, several South Vietnamese aviators took it upon themselves to escape in countless helicopters and planes.

On Apr. 29, 1975, at around 10:30am, Maj Ba Van Nguyen, of Vietnamese Air Force (the South Vietnamese Air Force or VNAF) 237th Helicopter Squadron, landed his CH-47A Chinook helicopter in front of his parents’ home in Saigon. Nguyen quickly gathered his family onboard the helicopter. As reported by Dignity Memorial, he made a second stop a half-hour away to gather supplies and to meet up with other squadron members. He originally planned on flying to a remote island to get away from the heavy fighting in the city. On his way out to sea, Nguyen could hear English communication chatter on his radio. It was then that he knew in the distant there could be a U.S. Navy ship to perhaps help everyone on the Chinook. As soon as he picked up visual of a ship, he began to head towards it slowly and cautiously. Unlike the smaller Huey helicopter that were able to land on many ships, the Chinook was too big to perform such a landing.

Here is an excerpt from NPR’s story from 2010 – “35 Years on, Vietnam Heroes Reunited, Decorated”: “Among all the Hueys on that first day, a crowded Vietnamese CH-47 (a twin-rotor “Chinook”, the heaviest helicopter in the Vietnamese inventory) also attempted to land but was frantically waved off. The aircraft was much too large for USS Kirk’s flight deck, so the pilot hovered low over the fantail and unloaded his precious cargo of men, women, children, and infants – and his aircrew – into the waiting arms of Kirk crewmen below. Then, flying his behemoth helicopter all alone, the pilot moved a short distance off Kirk’s starboard quarter, hovering within inches of the sea. He slowly rolled the Chinook on its right side, escaping the spectacular crash unharmed by diving out the left door in mid-roll. Both main rotors disintegrated on impact, and shattered shards of the blades flew across Kirk, splashing into the sea well to port. The crew of the Kirk’s motor whaleboat were standing by and rescued the pilot in short order. All crewmen and family members were reunited unharmed on the USS Kirk that day.”

“There was only one CH-47 that came to the USS Kirk FF-1087 in 1975. Your father hovered the helo over the fantail of the Kirk and his passengers jumped out to the arms of the Kirk crew. He then came to the right of Kirk, rolled the helo to the right and jumped out on the left side. Your father was a very brave man and he accomplished a remarkable and professional job to save his passengers and his family. There could hardly have been a more masterful bit of flying, or a braver pilot that day,” said Captain Paul H. Jacobs, then USS Kirk (FF-1087) Commanding Officer, to Nguyen’s sons.

Roughly 24 hours later, Nguyen and his family transitioned from the USS Kirk to a few others ships heading towards the U.S. … heading toward freedom.

The following U.S. Navy video, called “The Lucky Few”, tells the nearly forgotten story of the incredible CH-47A Chinook mission flown by Maj Ba Van Nguyen to save his family. 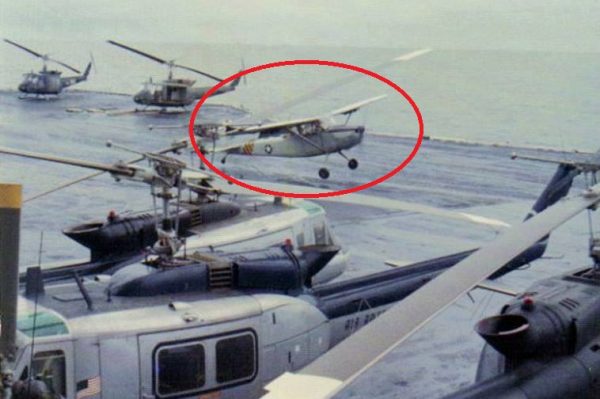 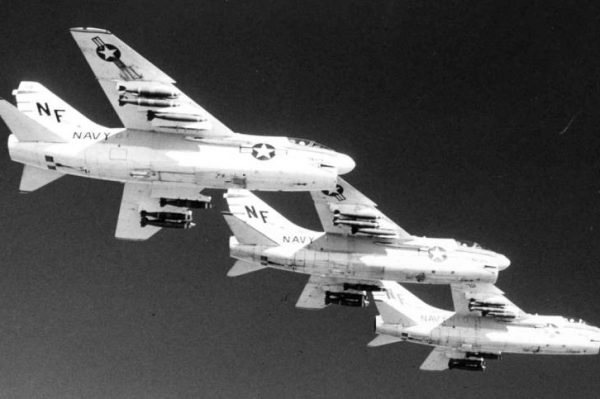 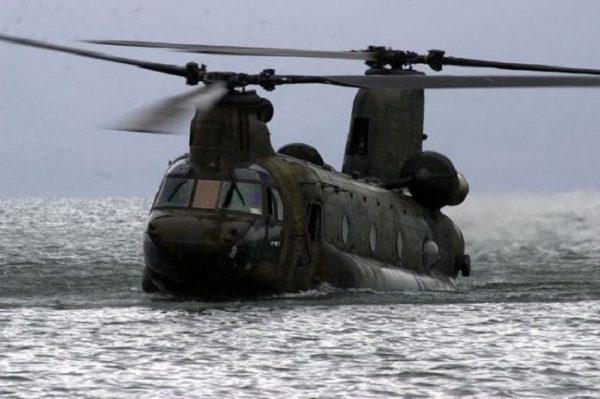 ‘Did you know that CH-47 crew can land the Chinook on water, shut down, climb up on top for a photo, then get back in, start up and take off?’ CH-47 pilot lists 14 Amazing Facts about Chinook Helicopter