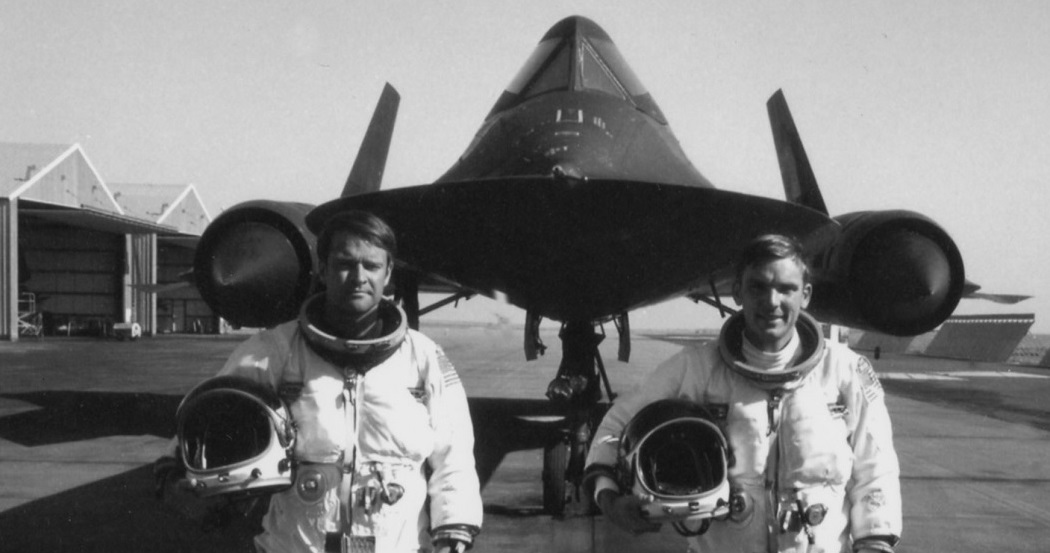 While the SR-71 was operational, several pilots flew the Blackbird faster than the official record but not during sanctioned record attempts

So it comes as no surprise if, thanks to its astonishing flight characteristics, the aircraft has set numerous speed and altitude records throughout its career.

The keeping of aviation records goes back to October 1905 when representatives from eight countries, including the U.S., met in Paris to form the Fédération Aéronautique Internationale, or FAI. The FAI later became the world governing body for official aircraft—and later, spacecraft—records and to supervise sport aviation competitions. The National Aeronautic Association, or NAA, is the U.S. representative to the FAI.

Seventy years later, USAF officials wanted to make a special, notable flight with the SR-71 to celebrate the US Bicentennial. An around-the-world speed flight was considered first but rejected. “We then looked at what could be accomplished on a typical training sortie,” said Al Joersz, who, as an Air Force captain in 1976, was chief of SR-71 standardization/evaluation for the 9th Strategic Reconnaissance Wing (SRW) at Beale AFB in northern California, where the now-retired SR-71s were based.

Looking through the record book, unit officials determined there were three existing absolute records that their Blackbirds could break—Speed Over A Closed Circuit, Altitude In Horizontal Flight, and Speed Over A 15/25 Kilometer Straight Course.

“Jim Sullivan, our squadron operations officer and the pilot who set the New York-to-London speed record in the SR-71 in 1974, came to me and told me I was going to set the absolute speed record,” noted Joersz. “We had several crews deployed, so the most experienced crews we had on hand were picked.” Because of the intense crew coordination required, SR-71s were always flown by dedicated two-man crews.

Beale’s wing mission planning organization coordinated the flights, working with both the FAA and NAA. “We flew the mission a couple of times in the simulator,” recalled Joersz. “That sim was all analog—our moving map consisted of a scrolling paper map—but it did prepare crews for flights.”

Approvals for the planned Fourth of July flight date were not granted in time, but all was ready by month’s end. The flights began and ended at Beale, but speed and altitude measurement took place on the instrumented ranges at the Air Force Flight Test Center at Edwards AFB in southern California.

Maj. Pat Bledsoe, the wing chief of standardization/evaluation (the wing then—as now—also operated the U-2 reconnaissance aircraft), and his reconnaissance systems officer, or RSO, Maj. John Fuller, were first up on 27 July, aiming to break the Speed Over a Closed Course record. Like for Santos-Dumont, a giant circle set the outer boundaries of the 1,000 km (621 mile) closed course. Bledsoe flew Blackbird 958, Air Force serial number 61-7958, on six straight-line paths, essentially circumscribing the inside of circle, entering and leaving the track at the same point. He completed the course at a speed of 2,092.29 mph, easily breaking the 1,852.61 mph record set by Mikhail Komarov in the E-266, a highly modified Soviet MiG-25, in 1967.

Unfortunately, scattered clouds over Edwards later that day negated both the Altitude in Horizontal Flight attempt by Capt. Bob Helt and his backseater, Capt. Larry Elliott, and the Absolute Speed record run by Joersz and his RSO, Maj. George Morgan. “For the Absolute Speed record, the rules say that the aircraft’s altitude can’t vary by more than 150 feet from the assigned altitude over the course,” noted Joersz. “Once the clouds came in, altitude couldn’t be measured accurately from the ground. So we flew again the next day.”

On 28 July, Helt and Elliott had a problem with their assigned aircraft, so they hopped into another SR-71, serial number 61-7963, to set the sustained altitude record. The key to setting this mark was quickly accelerating and holding the aircraft steady at altitude. Wilbur Wright had set the world’s first altitude record of eighty-two feet on Nov. 13, 1908. The record Helt and Elliott set was more than three orders of magnitude better—85,069 feet, easily beating the previous record of 80,257 feet set in May 1965 by USAF Col. R. L. Stevens in a YF-12, one of the SR-71’s predecessors

To set the Absolute Speed record, Joersz and Morgan, flying in Blackbird 958, had to cross the electronic timing gate, travel the twenty-five kilometer course, cross a second timing gate, turn around, and repeat the course from the opposite end to negate the effect of winds. The crew had an unstart—Blackbird-speak for an engine shutdown—just after crossing the timing gate on the second leg while flying at a speed of Mach 3.3.

“On an unstart, the aircraft yaws and the nose pitches up,” Joersz noted. “There is a five-step checklist to get the engine relit. I knew I had to keep the nose down to stay in the 150-foot box, so that’s what I concentrated on. By the time we’d gone through the checklist, we’d already passed the second gate. Still, we exited the gate at Mach 3.2.”

The officially recorded average speed of the two legs was 2,193.16 mph, besting the previous mark of 2,070.101 mph also set by Stevens in the YF-12. While the SR-71 was operational, several pilots flew the Blackbird faster than the official record but not during sanctioned record attempts.

“The records weren’t a big deal at the time,” said Joersz. “I was just happy to fly the aircraft. I flew an instructional sortie the next day.” The SR-71 speed and altitude marks were quickly certified as world records. The three crews went to the Paris Air Show the following year to receive commemorative medallions from the FAI.

In 2006, the FAI reduced the number of absolute records to the best-ever performance without qualification—speed, altitude, greatest payload, and distance. The records set by Bledsoe and Helt are now classified as Class C and C-1, Landplane records, meaning they still exist, but have been moved off the first page of the official record book.

“One of our maintainers came up to me after the record flight and said, ‘This is the flight people will remember. It’ll last a long time,’ ” recalled Joersz, who rose to the rank of major general and later had a twelve-year career in advanced development with Lockheed Martin before retiring in 2010. “After our flights, the emphasis in aerospace as a whole shifted from speed and altitude to maneuverability and stealth.”