Log In Sign Up
Homepage Cold War EraThis Iraqi Mirage F.1EQ-5 made an Emergency Landing in Saudi Arabia after being Hit by an AIM-7E Fired by an IRIAF F-14A Tomcat 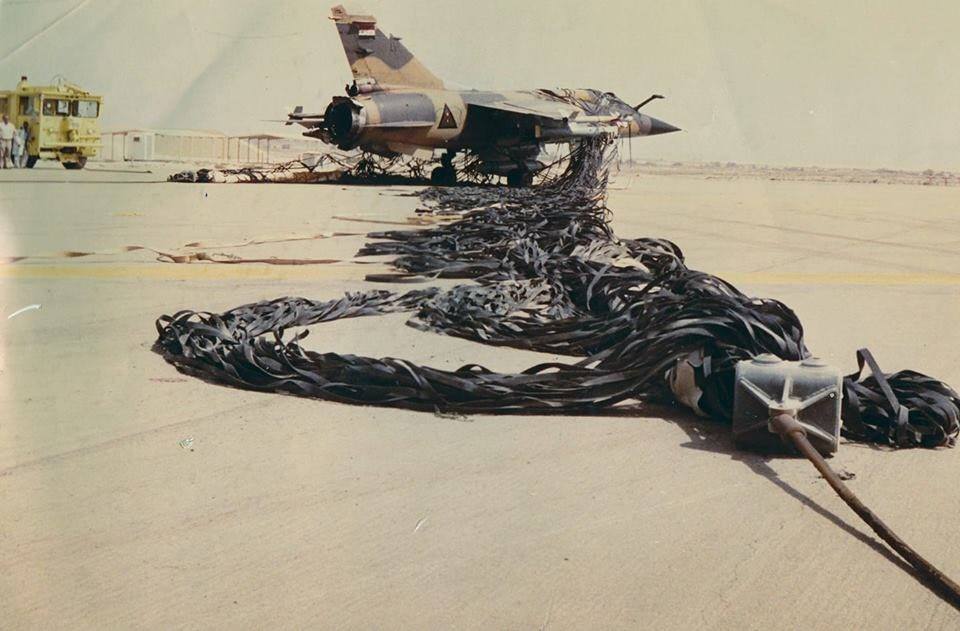 This Iraqi Mirage F.1EQ-5 made an Emergency Landing in Saudi Arabia after being Hit by an AIM-7E Fired by an IRIAF F-14A Tomcat

The Iraqi said that their Mirage F.1EQ-5 was hit by a ‘Strela’ MANPAD, fired by the IRGC: actually, there was no MANPAD: it was an AIM-7E fired by an F-14A, scrambled from Bushehr.

The photo in this post shows a Mirage F.1EQ-5 of the Iraqi Air Force (IrAF), serial number 4569. It was involved in (another of several) air raid on the Farsi Island – a little rock in the middle of the Persian Gulf – suffered combat damage, and was forced to land at Dhahran AB, in eastern Saudi Arabia, in 1988, where this photo was taken – after the Mirage was stopped with help of a flexible barrier, at the end of the runway.

As explained in the book Iraqi Mirages The Dassault Mirage Family in service with the Iraqi Air Force, 1981-1988,Since 1986, the Farsi Island was developed into the base of the IRGCN (IRGC’s ‘Navy’), including a well-protected port and a radar station. The Iraqis have had only recce photos shot by their MiG-25RBs, and no really good idea about what was going on there. Even less so did they know that the local CO had a telephone-hotline to TFB.6: i.e. that the Iranian would call Bushehr whenever any kind of Iraqi jets were detected.

So, on Apr. 21, 1988, the Iraqis decided to strike that radar station with AS.30Ls: you can see the PDL.1EQ Patrick laser-designator installed under the centreline on the attached photo.

The two Mirage F.1EQ-5 fighters approached at low altitude and a speed of at least 920km/h, before firing from some 4,000 metres away. While pulling the usual 4g avoidance manoeuvre to the side, the aircraft flown by Captain Amer Abdullah received a hit.

Now, the Iraqi conclusion about what has hit the 4569 is particularly interesting: according to them, it was a ‘Strela’ MANPAD, fired by the IRGC.

Actually, there was no MANPAD: it was an AIM-7E fired by an F-14A, scrambled from Bushehr.

The Remora pod (visible under the right outboard underwing pylon) deflected the Sparrow sufficiently for this to proxy-fuze instead of scoring a direct hit (like on Aug. 29, 1987, when another Mirage was shot down ‘by a MANPADs’ in the same area).

Iraqi Mirages The Dassault Mirage Family in service with the Iraqi Air Force, 1981-1988 is published by Helion & Company Limited and is available to order here. 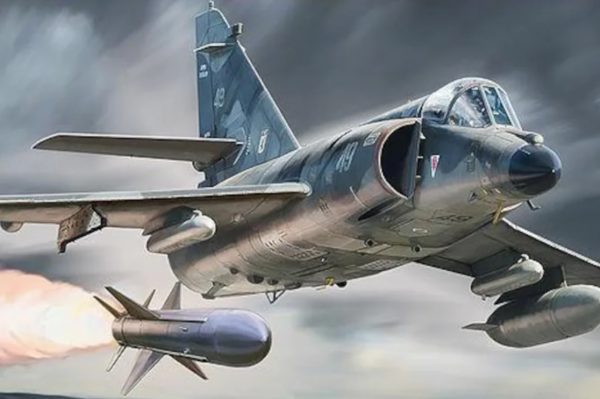