Log In Sign Up
Homepage Aviation HumorThe X-32 was nicknamed ‘Monica.’ Why? Because she’s got a big mouth, she’s ugly and…she s***s. Like a certain White House intern who was famous for her oratory skills. 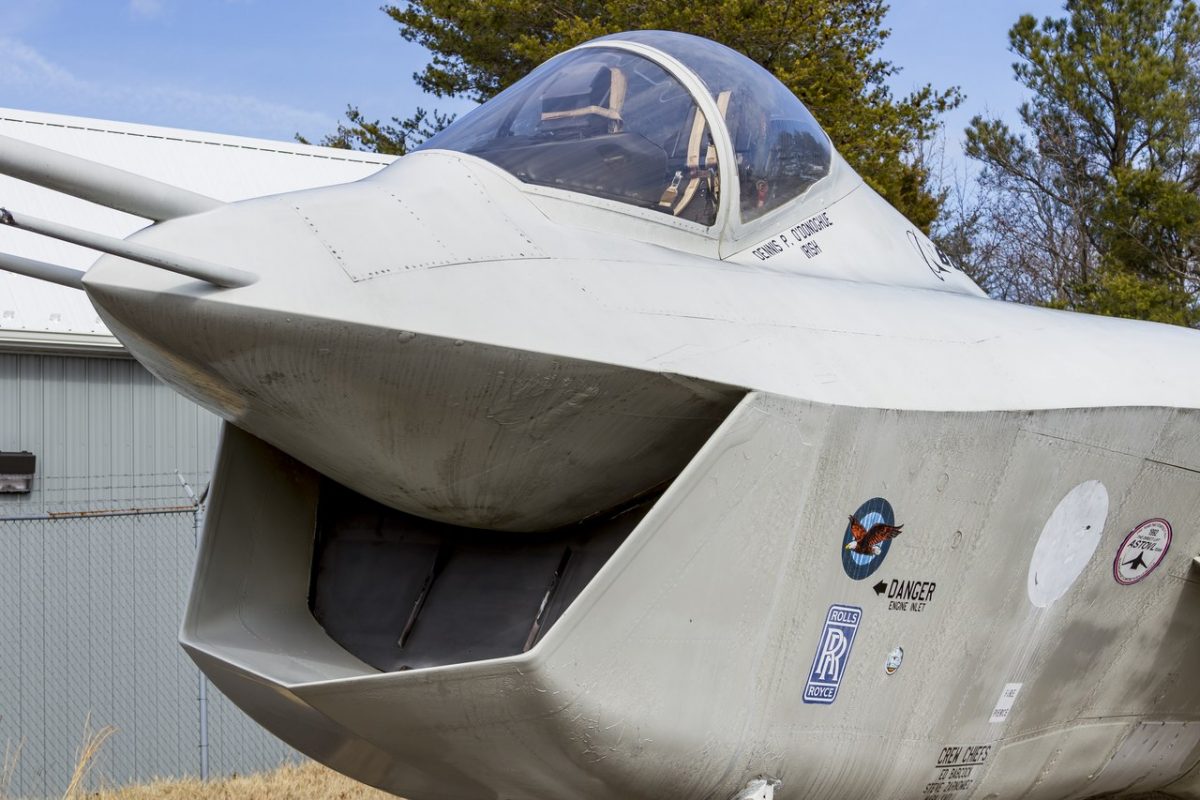 The X-32 was nicknamed ‘Monica.’ Why? Because she’s got a big mouth, she’s ugly and…she s***s. Like a certain White House intern who was famous for her oratory skills.

The X-32 earned the nickname “Monica” after a certain White House intern who was famous for her… Uh… Oratory skills.

The Boeing X-32 was a multi-purpose jet fighter in the Joint Strike Fighter contest. It lost to the Lockheed Martin X-35 demonstrator, which was further developed into the F-35 Lightning II. Boeing assembled two concept demonstration aircraft, X-32A and X-32B, at its plant in Palmdale, Calif.

On Sep. 18, 2000 the X-32A made its first flight, and it made a total of 66 flights during four months of testing. The flights demonstrated the aircraft’s handling qualities for inflight refueling, weapons bay operations and supersonic flight.

The X-32B aircraft made its first flight on March 29, 2001. It made 78 test flights in four months, including a transcontinental ferry flight from Edwards Air Force Base to Naval Air Station Patuxent River, Md. The aircraft successfully transitioned to and from STOVL flight mode by using its direct-lift system to redirect thrust from the aircraft’s cruise nozzle to the lift nozzles. The X-32B also demonstrated its ability to hover and make vertical landings.

The X-32 earned the nickname “Monica” after a certain White House intern who was famous for her… Uh… Oratory skills, as Cameron Beck, a private pilot, explains on Quora.

‘There’s an old adage in the world of business: s*x sells. Never truer than in the fighter jet business.

‘I looked at them. Without knowing anything about them, I knew, I knew the Lockheed would win. Hands down. End of discussion.

‘Why so certain? Well, look at them. The Lockheed is sleek and sexy in its graphite paint scheme, its come-hither canopy and raked tails. It’s a fighter jock’s dream! The X-32 is anything but—forgive me, Boeing.’

‘Strangely, the drooling jocks didn’t name the Lockheed plane and pilots love to name their craft. Examples: the unlovely Fairchild Republic A-10 is lovingly called Warthog, or simply Hawg. The Boeing B-52 is the BUFF: Big Ugly Fat F****r—oops! I meant “Fellah.”

‘(A pilot wouldn’t be caught dead uttering a warplane’s official name: A-10 Thunderbolt II, B-52 Stratofortress)

‘The jocks did name Boeing’s X-32 and it wasn’t a nice name like Hawg. The test pilots called her…Monica. I tell you, that name was her death knell.

‘Why Monica? A jock would happily tell you with a wink and snicker: she’s got a big mouth, she’s ugly and… she s***s. Scratching your head? Remember Bill C*****n’s presidency? Yeah? Good. That Monica. Aha!

‘Now, if you’re still scratching at my stupid hinting, please Google up “Monica C*****n.” There’s your answer. And dear reader, I’m not being coy; we’re talking airplane s*******y here, not human. We’re not going there.’

‘She’s now the most expensive Pentagon program in history: $1 Trillion.

‘Sure, Monica would have been way cheaper—Boeing had emphasized cost control—but trust me, there would have been a pilot mutiny if Air Force brass had embraced the Vomiting Frog over Panther.’

However, although not selected for full-scale development of the JSF, Boeing viewed its involvement in the competition as a strategic investment. The program yielded many advances in stealth technology and design and manufacturing methods. These achievements have been applied to other Boeing programs including the F/A-18E/F Super Hornet and the X-45A Unmanned Combat Air Vehicle, or UCAV.

In 2005, the Boeing X-32A was transferred to the National Museum of the United States Air Force near Dayton, Ohio. Its condition deteriorated due to being outside for several years following the end of the JSF competition, but it is now indoors and planned to be restored.

The X-32B was transferred to the Patuxent River Naval Air Museum adjacent to NAS Patuxent River in St. Mary’s County, Maryland in 2005. It underwent restoration at the museum’s restoration facility in June 2009 and is now on display.