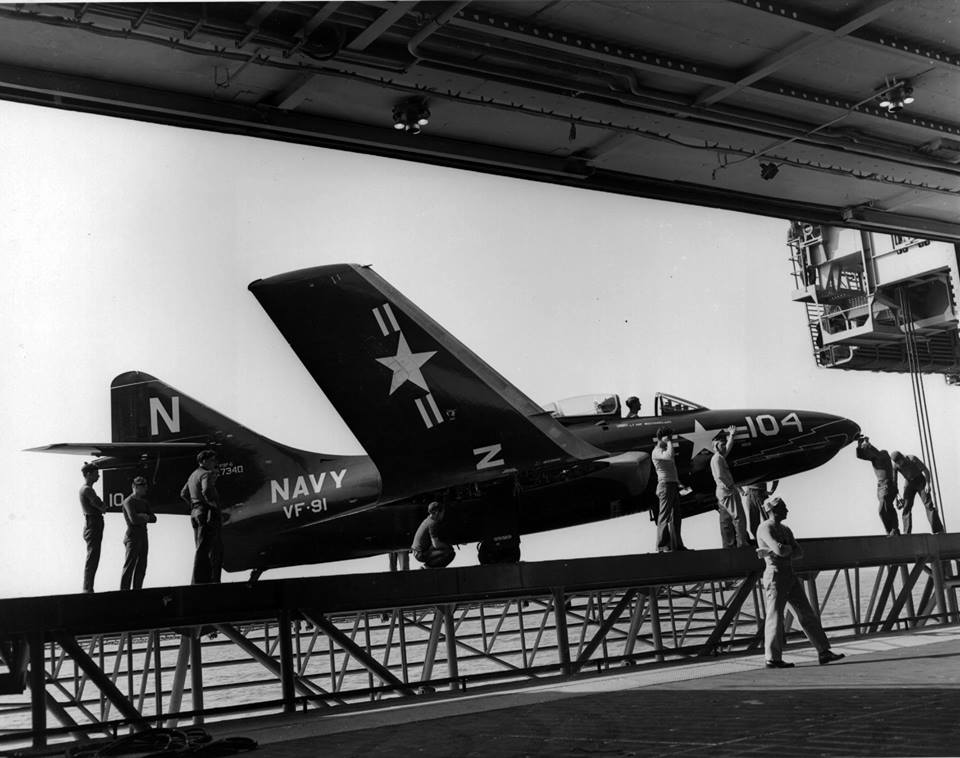 The aircraft will be on display on the flight deck of the World War II vintage Essex Class aircraft carrier for the whole month of October in support of Breast Cancer Awareness.

The F9F-8 paint job, a vivid shade of pink named “Heliconia” conceived by the Director of Operations & Exhibits Rusty Reustle, is not permanent thanks to the dishwashing liquid applied to latex paint. Noteworthy this technique is similar to that used by Disney for painting the aircraft which took part in the blockbuster movie Pearl Harbor.

The Cougar was based on the F9F-5, but replaced the Panther‘s straight wing with a new swept wing and horizontal stabilizer. Furthermore the Cougar featured a more powerful engine and the aircraft was able to carry more fuel than the previous Panther. The Blue Angels, the U.S. Navy flight demonstration squadron, flew the Cougar (both the F9F-6 and F9F-8 variants) from 1953 to 1957. 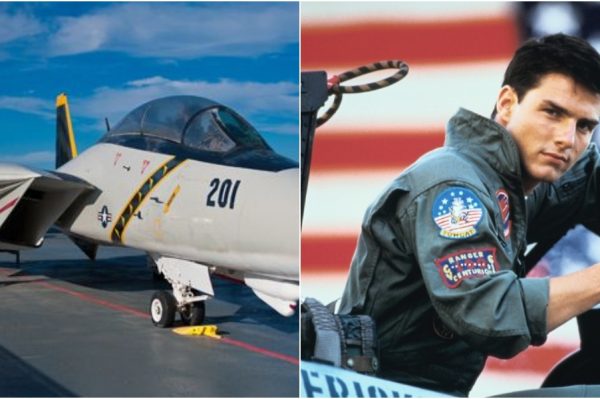 Did You Know that Maverick’s Top Gun F-14 Tomcat Currently Features VF-84 Jolly Rogers Paint Scheme And Is On Display Aboard USS Lexington?