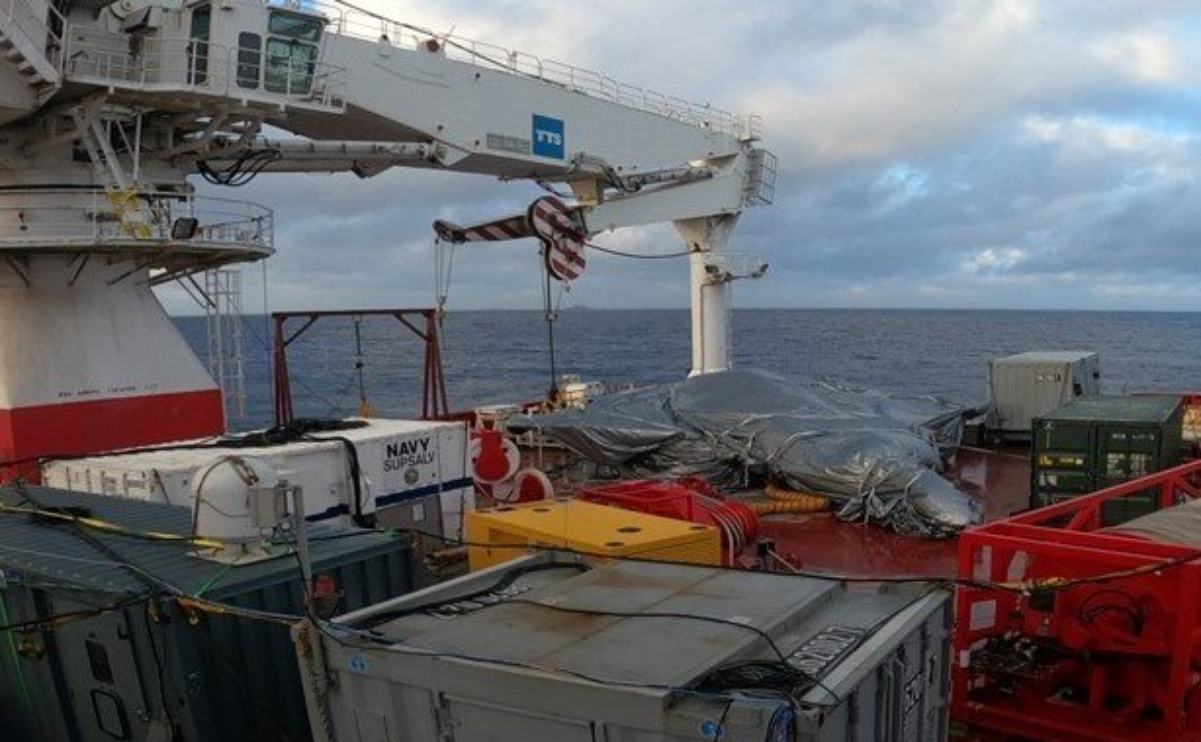 The US Navy recovered the F-35C Lightning II that suffered a ramp strike on the deck of USS Carl Vinson (CVN-70) and crashed into the South China Sea on Jan. 24, 2022.

As the photo in this post shows the US Navy recovered the F-35C Lightning II that suffered a ramp strike on the deck of USS Carl Vinson (CVN-70) and crashed into the South China Sea on Jan. 24, 2022.

As reported by USNI News, the F-35C, of the “Argonauts” of Strike Fighter Squadron 147 (VFA-147), was plucked from the floor of the South China Sea with Navy personnel aboard the offshore vessel DSCV Picasso, a vessel designed for deep diving and salvage for offshore industries, which had departed Okinawa on Feb. 23.

“The wreckage was recovered from a depth of approximately 12,400-feet by a team from CTF 75 and the NAVSEA’s Supervisor of Salvage and Diving (SUPSALV) embarked on the diving support construction vessel (DSCV) Picasso,” reads a statement from US 7th Fleet. “The aircraft was recovered using a CURV-21, a remotely operated vehicle (ROV), which attached specialized rigging and lift lines to the aircraft. The ship’s crane lifting hook was then lowered to the seafloor and connected to the rigging, and then lifted the aircraft to the surface and hoisted it onboard Picasso.”

Recovery of the F-35C eases fears that China or Russia could seize the aircraft, either to replicate the technology aboard or discover ways to defeat the fighters.

While the Navy did not specify where the recovery operations occurred, the Japan Coast Guard issued a notice to mariners in late January warning of salvage operations about 170 miles west of the Philippine island of Luzon.

The recovery of the F-35C follows a similar operation where a Royal Air Force (RAF) F-35B was recovered from the depths of the Mediterranean on Dec. 7 after it crashed on Nov. 17, 2021 while taking off from HMS Queen Elizabeth.

On that occasion, the pilot of the F-35B was forced to eject after a rain cover not lifted was sucked into the stealth plane during takeoff from the aircraft carrier. The F-35B wreckage was recovered from the depths of the Mediterranean on Dec. 7.

Instead the F-35C was too low in its approach to the flight deck and struck the rear of the carrier, skidding on its belly and rotating 180 degrees while heading down the angled deck of Vinson a video (that you can see below) that was leaked on social media shown.

The Lightning II slid across the deck at about 95 miles per hour before falling off the edge. The crash injured seven sailors, including the pilot who was able to eject from the fighter before it hit the water.

The crew of Vinson was able to quickly clear the flight during a combined exercise with fighters from USS Abraham Lincoln (CVN-72). Some fighters were able to refuel on Lincoln before returning to Vinson the same day. According to USNI News the cause of the crash is currently under investigation. 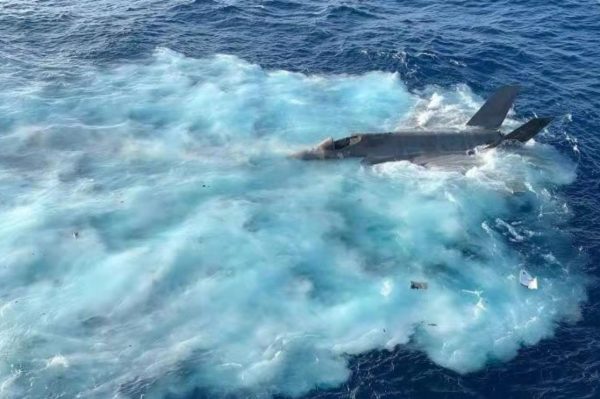