Log In Sign Up
Homepage Cold War EraThe tense story of the US Navy F-4 crew who had to eject while flying at high speed, low altitude over North Vietnam 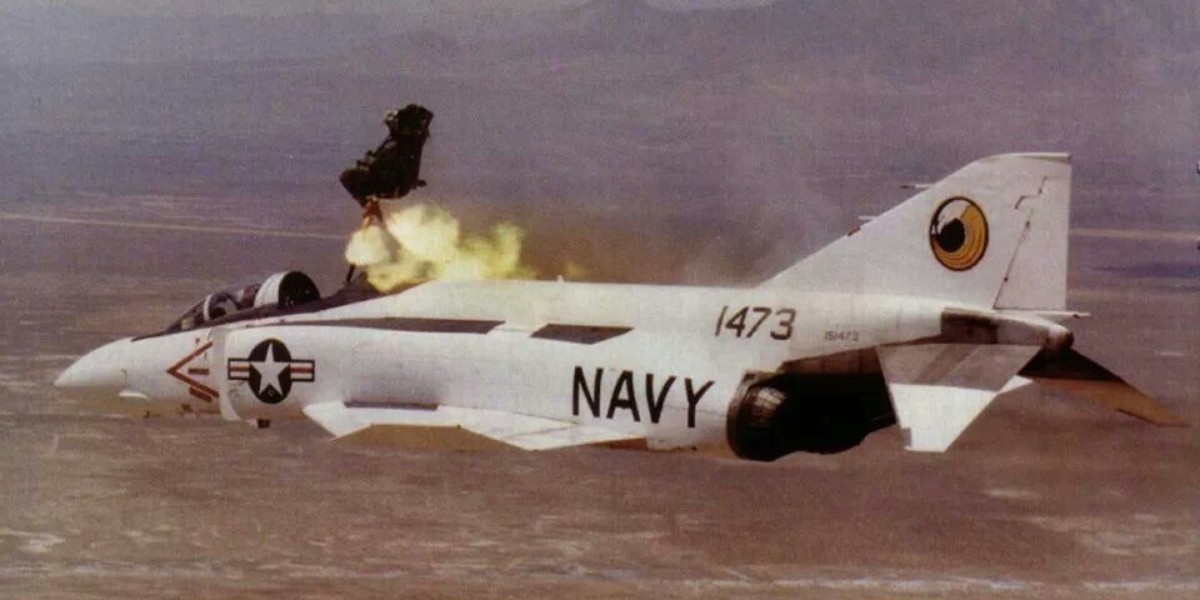 The tense story of the US Navy F-4 crew who had to eject while flying at high speed, low altitude over North Vietnam

At the time of the explosion, Lt. Jack Ensch and Lt. Cmdr. Michael Doyle were flying at 500 knots at an altitude of about 4000 feet. By the time Jack realized what had happened, they were 30 degrees nose-down at the speed of heat…

On a hot and humid day in Vietnam in 1972, Lt. Jack Ensch and Lt. Cmdr. Michael Doyle took off from the USS Midway in an F-4B Phantom on a MiG CAP.

It was Jack Ensch’s 285th combat mission in Vietnam. On this mission, he was flying in the back-seat with Doyle piloting the F-4. After tanking up, they crossed the beach and immediately came under fire from AAA and SAM batteries. “Our detection of warning gear lit up like a Christmas tree” said Ensch as they started trying to maneuver around the incoming SAMs. “I can remember at least 4 or 5 that we managed to avoid and then the world just caved in on me at that point.” A SAM they didn’t see detonated causing the canopy to shatter filling the cockpit with shards of plexiglass, shrapnel and blood.

They were instantly plunged into the chaos of being shot down at high-speed. At the time of the explosion, they were flying at 500 knots at an altitude of about 4000 feet. By the time Jack realized what had happened, they were 30 degrees nose-down at the speed of heat. “I looked through the cockpit and saw Mike slumped over the controls and thought to myself he’s not really flying this airplane.” The F-4B’s at the time had been retrofitted with a command ejection system allowing either crew-member to initiate ejection. Ensch’s left hand had been mangled in the blast so he reached down with his right and pulled the handle to eject them both out of the airplane.

It’s difficult to overstate the violence of ejecting at a speed of 500 knots. When you pull the handle in an F4, the ejection seat propels you at 14-15 G’s into the wind stream. At 500 knots (approximately 600 mph), Ensch and Doyle were subjected extreme windblast and rapid deceleration. Ensch was still conscious and saw the airplane crash and that he and Doyle both got chutes. “I reached for my survival radio and looked down to discover that the high-speed ejection had caused my limbs to flail so violently that both elbows were dislocated and the forearms were pushed about half-way inside of each arm.”

If this were a peacetime incident, survival would have already been considered a miracle. But these guys were floating down into enemy territory. “Once I got my bearings, I heard some strange buzzing sounds and realized the people on the ground were shooting at me.” That strange buzzing was the sound of bullets whizzing up past him into the nylon of his chute. At this point, Ensch was sure he was living the last moments of his life. Somehow, he made it to the ground without getting hit. He landed in a rice paddy and squirmed around to get his head above water only to see water spirts kicking up around him and realize they were still shooting at him. This was the third time in the space of a few minutes that he was certain he was about to die.

Seeing his injuries, the enemy decided he wasn’t a threat and stopped shooting. They stripped him down and put him in a hut where a nice old man gave him a sip of tea and a young woman tried to wrap up his mangled hand. Shortly after that, they threw him in the back of a truck, covered him with a tarp and drove all night to what would become his new home, The Hanoi Hilton.

It is difficult to imagine the quiet desperation he must have felt riding in the back of that truck with two dislocated elbows and a mangled hand, knowing that he was in the hands of an enemy known for its mistreatment of prisoners of war. Upon arrival, he was interrogated for 3 days without medical treatment. It was only after he gave them some useless information that they allowed him to see a ‘doctor’ who promptly chopped off his mangled thumb and put a foot in his chest and violently pulled his arms to snap them back into place. He spent the next 30 days in solitary confinement, before finally being placed in a cell with other POWs, who nursed him back to health.

“We called ourselves the 4th Allied POW Wing. … We figured there were POWs in World War I, World War II, Korea and we were Vietnam. … Our motto was ‘return with honor,’ which we think we did,” he said. He was held in captivity for 216 days before being released during Operation Homecoming on Mar. 29, 1973. His pilot and friend Mike Doyle didn’t make it back from Vietnam alive. His remains were finally returned in 1985 and he is buried in the Arlington National Cemetery.

Upon return to the United States, Ensch spent 9 months in physical therapy at Balboa Naval Hospital. He went on to become the Executive Officer at Top Gun, and later commanded his own squadron of F-14s. He would retire from the Navy as a captain. In the tradition dark fighter pilot humor, I’ll leave it to you to guess where he got his nickname ‘Fingers’.

Matt Graves is the creator and host of a podcast about dangerous combat experiences called ‘Hairy’. Matt is a journalist, musician and lover of great story-telling based in Brussels, Belgium. 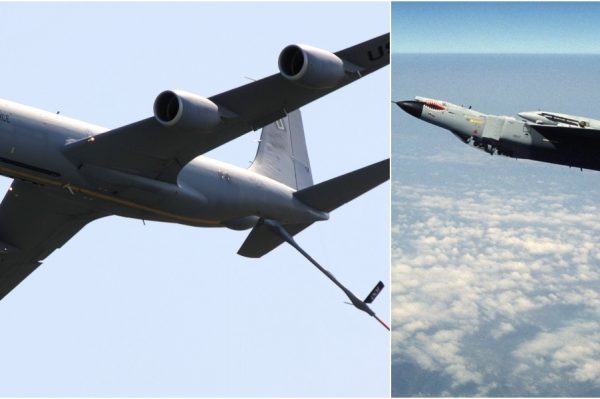 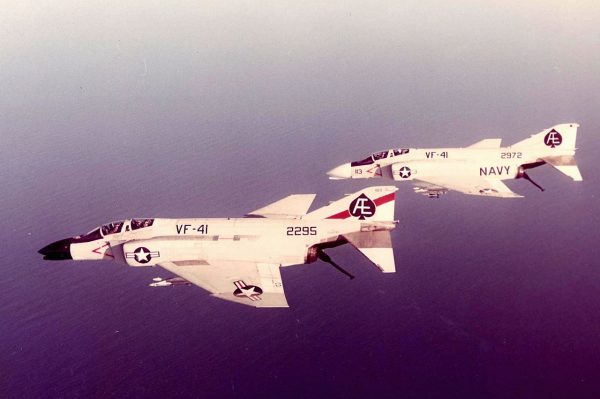