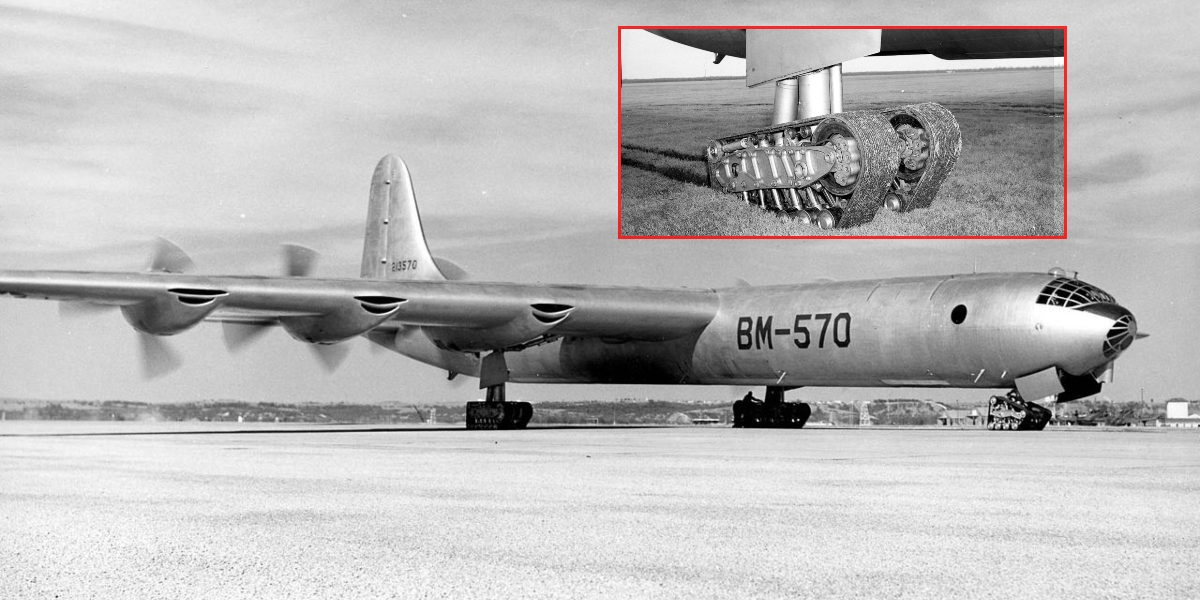 In June 1948, the XB-36 briefly became a training aid for SAC, which was expecting its first production B-36A for the 7th Bombardment Group.

Responding to the US Army Air Forces’ requirement for a strategic bomber with intercontinental range, Consolidated Vultee (later Convair) designed the B-36 during World War II. The airplane made its maiden flight in August 1946, and in June 1948 the Strategic Air Command received its first operational B-36.

As explained by Peter E. Davies in his book B-36 ‘Peacemaker’ Units of the Cold War, after initial manufacturer’s trials, the next stage of testing took place at Wright Field under the auspices of the USAF, established in September 1947. In June 1948, the XB-36 briefly became a training aid for SAC, which was expecting its first production B-36A for the 7th Bombardment Group (BG). Subsequently returned to Fort Worth, the aircraft was tested with another purely experimental landing gear arrangement in 1950.

The Dowty Equipment Corporation, using an idea from tank suspension designer J Walter Christie, developed a track-type landing gear that used pairs of belts running around sets of roller and idler wheels, like a small tank. They were intended to reduce the pressure of the undercarriage on a runway and enable large aircraft to use unimproved airfields.

Dowty’s version, with inflated belts, had been successfully tested in an A-20C bomber in 1943, although it weighed three times as much as conventional landing gear. Firestone-built variants were tested in a P-40 fighter and a C-82A transport aircraft, showing that the gear worked well on snow and soft terrain, but not on sand. The B-50A, which entered service four months before the B-36A, was also scheduled to have tracked gear, and in November 1947 the B-36 was proposed as a recipient, although no practical use was foreseen apart from when the aircraft flew from Arctic staging bases.

The XB-36 was chosen for the experimental installation, mainly to test the application of tracked gear across a range of heavy aircraft, including the heaviest. The three complex units, made by the Cleveland Pneumatic Tool Company and the Goodyear Tire and Rubber Company, increased the 16,000-lb weight of the existing landing gear by at least 5000 lbs, but reduced the pressure on the runway from 156 lbs per square inch to just 57 lbs.

Brief taxi tests of the ‘roller skates’ began on Mar. 26, 1950, but crew members were unnerved by the hideous, high-pitched screeching and vibration associated with the tracks.

By Jan. 30, 1952 the XB-36’s brief career as a test bed had come to an end after 30 flights and the aircraft was grounded at Fort Worth, where it was destroyed on the fire dump. The prototype had helped to overcome many of the objections to serial production of the aircraft, clearing the way for the next in the series of what Gen LeMay regarded as his ‘interim bombers’. In that context, the B-36 followed the B-29 as a relatively short-term project pending the arrival of the jet-powered B-47 and B-52.

B-36 ‘Peacemaker’ Units of the Cold War is published by Osprey Publishing and is available to order here. 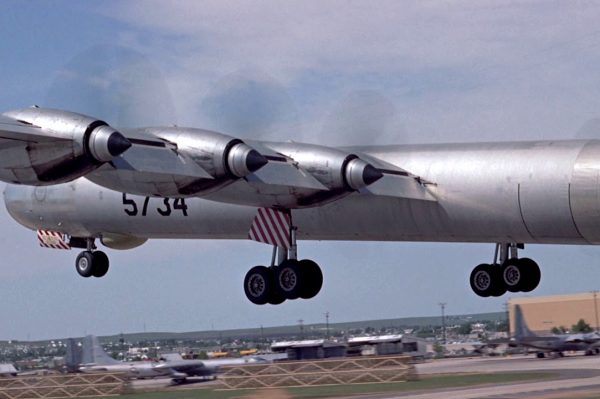