Log In Sign Up
Homepage Cold War EraThe story of the Wild Weasel Mission of F-105F Lincoln 03 and the Medal of Honor awarded to Maj. Merlyn Dethlefsen 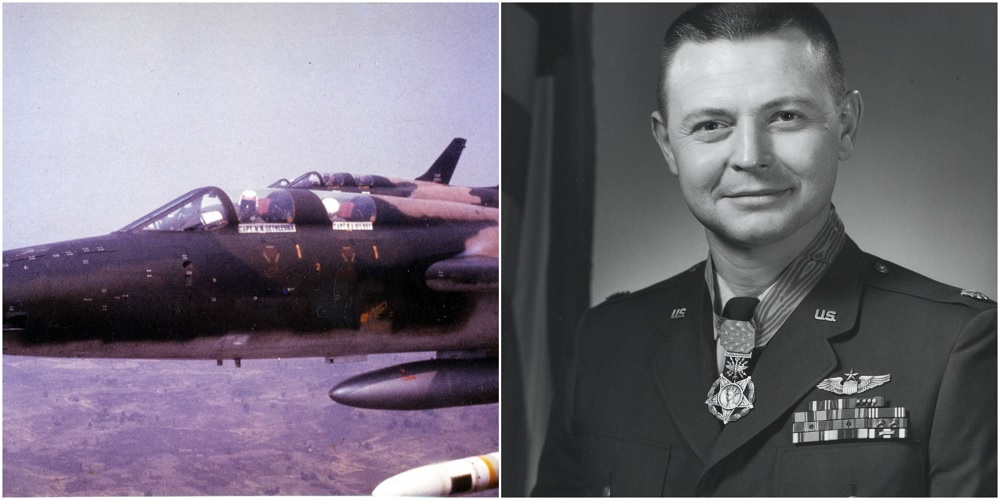 Though he would have been in his right by USAF procedure to follow the rest of the aircraft and leave the area for Takhli, Maj. Merlyn Dethlefsen elected to take another crack at the SAM site as he knew more of his fellow pilots would be returning over the next several days.

By March 1967, Operation Rolling Thunder had been going on for two years with no signs of North Vietnam backing down. The US and North Vietnam engaged in a gradual escalation of the conflict. As US air strikes increased, the Hanoi regime increased its anti-air defenses from AAA to the more deadly SA-2 surface-to-air missiles as well as MiG fighters. The skies over North Vietnam would be the most dangerous and difficult skies for American pilots to operate in since World War 2. At the start of Rolling Thunder, defense suppression was assigned to two-seat F-100F Super Sabres known as the Wild Weasels. The F-100 was an interim solution for the Wild Weasel role, though, as it had a limited payload and wasn’t fast enough to keep up with the F-105 Thunderchiefs that were shouldering the burden of strike missions at the time for the USAF. In June 1966 the first Wild Weasel Thunderchiefs arrived in Southeast Asia. One of the Wild Weasel units at the time was the 354th Tactical Fighter Squadron (TFS) at Takhli Royal Thai Air Force Base (RTAFB) Takhli which was home to the F-105s of the 355th Tactical Fighter Wing (TFW). The 355th TFW had been operating the Thunderchief since 1962 at McConnell AFB in Kansas before being deployed for Rolling Thunder. Like the F-100Fs, the Wild Weasel F-105Fs had two crew, the pilot and the electronic warfare officer in the back, the EWO or “Bear”.

On Mar. 10, 1967, the target portfolio was finally expanded to include the large Thai Nguyen steel works. The area was the center of North Vietnam’s heavy industry and the only steel mill (it actually was the first steel mill in Indochina, having started production in 1959) and for most of the first two years of Operation Rolling Thunder, it remained off the target list for political reasons. As explained by Peter Davies in his book F-105 Thunderchief Units of the Vietnam War, a large Thunderchief strike package made up of single-seat F-105Ds and Wild Weasel F-105Fs for defense suppression was launched against the steelworks by the 355th TFW from Takhli RTAFB. One flight of four Wild Weasels with the call sign “Lincoln” was part of this strike package on this day. As the flight approached Thai Nguyen, Lincoln Lead’s Bear locked up a SAM site and an AGM-45 Shrike missile was fired, but it missed. The SAM site, however, did not, and in short order Lincoln Lead along with two F-4 Phantoms flying escort were shot down. Lincoln 02 took flak damage and had to withdraw and limp back to Takhli. That left only two Wild Weasels in the area, Lincoln 03 piloted by Maj.Merlyn Dethlefsen and his Bear, Captain Kevin Gilroy, and their wingman, Major Ken Bell in Lincoln 04. As Dethlefsen and Gilroy targeted the SAM site, two VNAF MiG-21s entered the fight, closing in on Dethlefsen from behind. Lincoln 03 fired their Shrike missile and immediately hauled the heavily laden F-105F into a hard turn, causing the missiles from the attacking MiG-21s to go wide and miss. Gambling that the MiGs wouldn’t follow him into the flak zone that protected the SAM site, Dethlefsen pressed on instead of jettisoning his bombs as was the practice when jumped by MiGs- for the VNAF, getting a Thunderchief to jettison its bombload was as good as shooting it down since it wouldn’t be able to press its attack. Sure enough, the MiGs didn’t follow him to the deck and at low altitude, Dethlefsen hit the afterburner to regain altitude. Just as he had reached position to hit the SAM site, another pair of MiGs closed in and opened fire on Lincoln 03 and Lincoln 04. Both took 37mm cannon hits but were still flying.

With the last of the strike F-105Ds and their Phantom escorts egressing the area, Dethlefsen knew the weather forecast was good for the next several days and that the Thai Nguyen steel plant was long on the wish list for the pilots to hit. Though he would have been in his right by USAF procedure to follow the rest of the aircraft and leave the area for Takhli, Dethlefsen elected to take another crack at the SAM site as he knew more of his fellow pilots would be returning over the next several days. Leading his wingman, Dethlefsen scanned the flak pattern from a safe altitude while Kevin Gilroy acting as his Bear got a bead on the SAM site with the Wild Weasel’s electronics. Once Gilroy pinpointed the site, they fired their Shrike missile to knock out the guidance radar. Dethlefsen then led his wingman down into the flak zone to put the SAM site out of business. Getting a visual on the site, Dethlefsen unleashed his bomb load across the site and then pulled out. For added insurance, he rolled his damaged Thud into a reverse flip, switched to guns and hosed the site down with his 20mm Vulcan cannon. He then nursed his F-105F out of the target zone and hooked up with a KC-135A tanker on the way back to Takhli.

It was a Medal of Honor performance, but what did Dethlefsen do that was so brave? According to Barrett Tillman’s book Above and Beyond: The Aviation Medals of Honor, first of all, by USAF procedure he was to have exited the area as the strike package left- one of the mottos of the Wild Weasels was “First in, last out”. Instead, he decided to take another crack at a SAM site. Dethlefsen wasn’t naive. On the day of this mission he already had 72 Wild Weasel combat missions under his belt. He knew if the site wasn’t knocked out, it would more than likely shoot down more crews in the coming days. And this wasn’t just any target- this was a prized asset of the North Vietnamese and it was heavily defended. More American aircraft were shot down in 1967 than any other year of the Vietnam War. The skies over Thai Nguyen were not a good place to be for an American pilot that day, month, and year. Add to that the Wild Weasel mission profile that exposed their crews to hostile fire longer than most pilots.

Merlyn Dethlefsen was born in 1934 on a farm in Iowa and he joined the USAF in 1954 through the Aviation Cadet Program. From 1957 to 1959 he served as a navigator on the Douglas C-124 Globemaster II out of Dover AFB before reporting to undergraduate flight training. His first operational assignment after getting his wings was flying F-100 Super Sabres in Germany before transitioning to the F-105 Thunderchief in 1965. After his Medal of Honor mission (his Bear, Kevin Gilroy, earned the Air Force Cross for that mission), he went on to complete his 100 mission tour in Vietnam. He would later go on to serve as an operations director for the SR-71 wing at Beale AFB in California and for the B-52 wing at Dyess AFB in Texas. Dethlefsen flew west in 1987 and was laid to rest at Arlington National Cemetery. 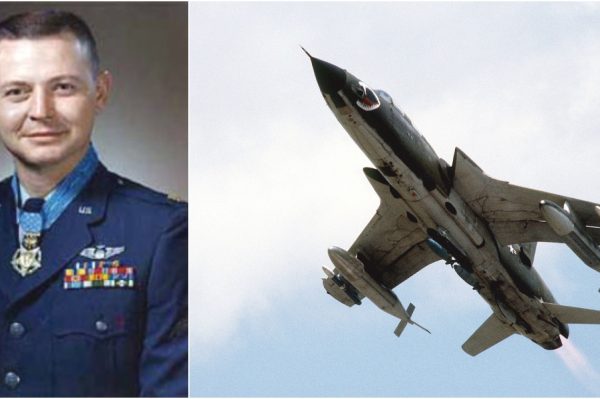 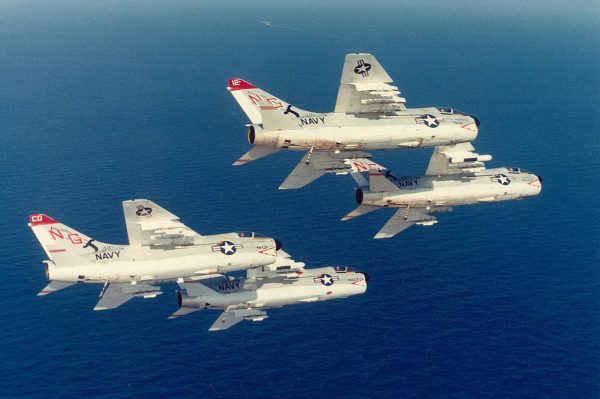 The Story of the Effective A-7 Iron Hand Mission that protected the Alpha Strike Launched on May 10, 1972 over North Vietnam