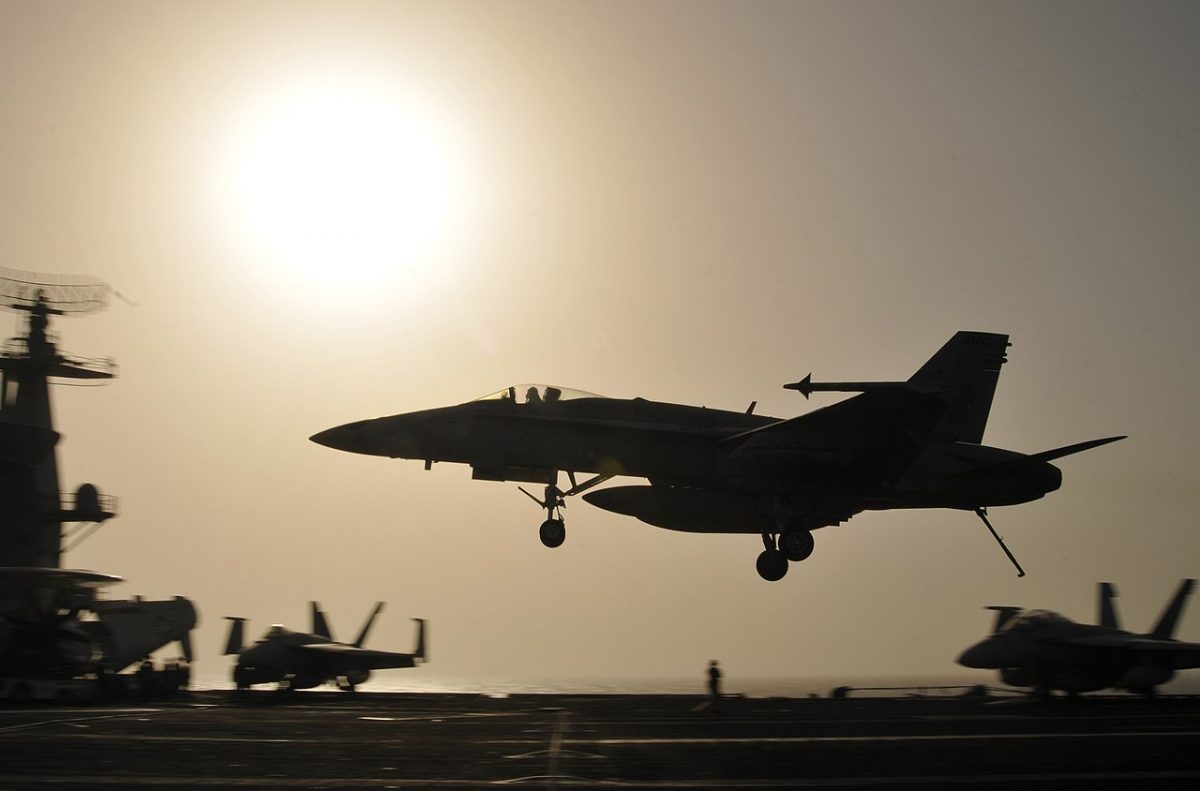 The Fresnel Lens Optical Landing System (OLS) (nicknamed “meatball” or simply “ball”) is used to give glidepath information to pilots in the terminal phase of landing on an aircraft carrier.

The OLS was developed to replace the Mirror Landing System. The light system is designed to provide a “glide slope” for aviators approaching a carrier, the lights projected through the Fresnel lenses in different colors telling the aviator when the aircraft is at the desired altitude in the approach at any distance from the ship.

If the aviator sees a red light (at the bottom), it means that the aircraft is dangerously low, the subsequent flashing red light activated by the landing signal officer (LSO) indicating a wave-off requiring the pilot to go around for another attempt.

But how do naval aviators land on a carrier if they cannot see the Fresnel Lens Optical Landing System?

‘My squadron mate Spaulding came in after his night landing, still in his gear with that smell of sweat, nomex, and nylon,’ Tim Hibbetts, former US Navy F/A-18 Hornet pilot, recalls on Quora. ‘He collapsed in the chair next to mine and said, “Dog, I think I’m in trouble. I never saw the ball. I called Clara [Clara = “can’t see the Fresnel lens”] and the LSOs said ‘continue,’ but I never saw the ball and just landed.”

‘That was definitely not normal, not seeing the ball, but if the LSO’s keep you coming at night, it’s on them. A few minutes later they came in on their rounds to hand out grades. Spaulding had his HUD tape cued up and we played it as they walked up. There was no ball. The head LSO cleared his throat, “Spaulding. Dude. Sorry about that, man: we thought they’d turned it on for you.” The Fresnel Lens Optical Landing System wasn’t even on. They gave him the highest grade possible and walked out, chagrined.

‘When landing at night or in poor weather, the ship will send out a signal that tells the aircraft exactly where it is and allows precision approaches to the carrier. It’s so good, you can couple the jet to the ship and let it fly itself into a near-perfect 3-wire. Once you are able to see the ball, but no farther than 3/4 of a mile, it’s normal to fly that. Since it wasn’t available, Spaulding just locked himself on the “needles” and flew them into the wires. We all agreed it was pretty metal.’

‘There are limits, though, for carrier approaches. With conditions where visibility is below 1/2 a mile or the ceiling is lower than 200′, most COs will restrict flight ops to helos while they drive around looking for better weather. If it gets too bad, even the helos are kept chained down.

‘That’s usually when you see a run on sliders (burgers).’ 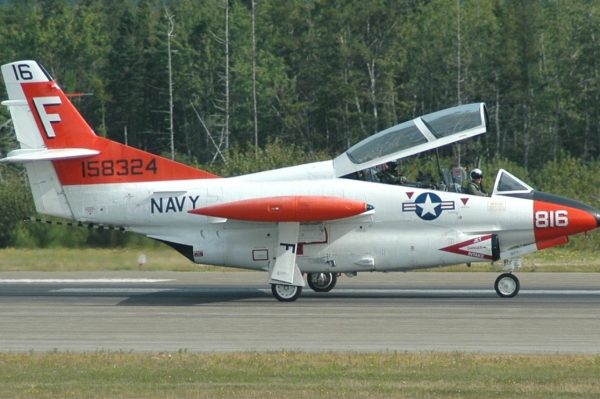 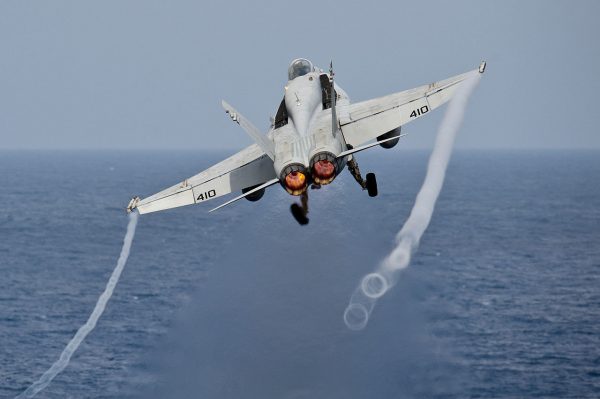 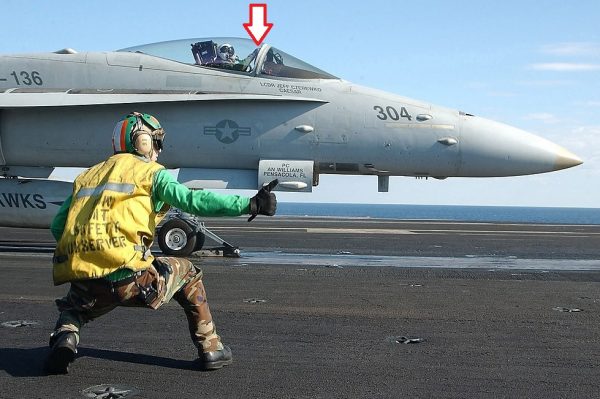