Learning to fly and fight the Tomcat in combat was the main goal for both the F-14 aircrews and the U.S. Navy. This is where the Topgun school came in.

Directed by Tony Scott, and produced by Don Simpson and Jerry Bruckheimer, in association with Paramount Pictures, the 1986 Top Gun drama film is still the all-time favourite movie for every Aviation Geek.

The screenplay was written by Jim Cash and Jack Epps Jr., and Producers Don Simpson and Jerry Bruckheimer stated explicitly that the inspiration for Top Gun was an article titled “Top Guns”, written by Ehud Yonay and published in California magazine three years earlier.

The piece featured aerial photography by then-Lieutenant Commander C.J. “Heater” Heatley and told the story of Lieutenants Alex “Yogi” Hnarakis and Dave “Possum” Cully, an F-14 Tomcat aircrew from the Fighter Squadron 1 (VF-1) Wolfpack, as they attended the Topgun course at NAS Miramar.

Yonay took readers into the cockpit with incredibly vivid descriptions.

Think back to the days before the movie, before GoPro cameras and squadron videos on YouTube… You can almost “feel the need for speed” when Yonay describes what it was like for Yogi flying the badass F-14 Tomcat for the first time. “Yogi had flown jets in flight school – the T-2 Buckeye and A-4 Skyhawk – but moving up to the F-14 Tomcat meant crossing the magic line that separates the men from the boys, like first-time sex, glorious and terrifying,” Yonay says. “The difference is the afterburner, an engine component that at the (push) of a throttle begins to burn huge amounts of fuel at incredible speed, resulting in a burst of power that no ordinary jet engine can duplicate and no plane but a fighter ever needs. ‘Just getting into an afterburning aircraft is a sensation most attack guys will never know that feeling of power,’ says Lieutenant Rick (“Organ”) Hammond, a member of the Top Gun squadron. ‘The first time I lit the afterburner in an F-14, the airplane just, you know, just literally moved.’”

At the time the F-14 was “the U.S. Navy’s supreme air war machine, a huge, luxurious monster that could have been designed by the Star Wars special effects crew,” as Yonay described it. The Tomcat “could shoot up to 30,000 feet in one minute, fly at more than twice the speed of sound, and haul seven tons of guns and missiles – including the heatseeking Sidewinder, the radar-guided, mid-range Sparrow, and as many as six Phoenix missiles, half-ton monsters that can home in on a bomber more than 100 miles away. In fact, the F-14’s radar system can track 24 targets at once and fire six missiles in six different directions in rapid sequence. By comparison, the much smaller Russian MiG carries little more than guns and a few missiles, and must get quite close to a target – directly behind in order to use its heat-seeking Atolls – to hit it.”

But despite its incredible capabilities, the F-14 like every weapons system had its drawbacks, Yonay continues: “The plane’s enormous size is a disadvantage (it can be seen as far away as ten miles), and it is so technically complex that it takes between 20 and 25 hours of work by ground crews to keep it flying for just one hour.” Hence learning to fly and fight the Tomcat in combat was the main goal for both the F-14 aircrews and the U.S. Navy. This is where the Topgun school came in (and still does today). “It’s like in the old days,” says Commander Jack (“Gringo”) Snyder, then leader of VF-1 in Yonay article, “when one knight from each side would come out and they’d joust, one on a white horse and one on a black horse.” According to Yonay, Snyder knew “that even the greatest air battle is a series of individual duels – that, while a dozen pilots may blast off a carrier at one time, once they get up there they are alone, hurtling through enemy air at 750 miles an hour and tilting against tiny motes of silver that zoom out of the blue to become fire-spitting machines.”

An old fighter pilot’s adage says “You fight like you train, so you’d better train like you’re going to fight.” Yonay wrote, “If Miramar is a fighter pilot’s Camelot, then the Top Gun complex in Miramar’s Hangar Number One is King Arthur’s Round Table, the gathering of the greatest of the greats in fighter aviation. Since its inception in 1968, Top Gun’s hotshot aces have virtually revolutionized the fighter pilot business and…established themselves as the international masters of the deadly art of air-to-air combat.”

As explained by Yonay, the Topgun course, including that of Yogi and Possum, started with lectures and briefings. But soon they were up in the air “and there was more flying than they had ever had. There were one-versus-one hops (one student crew against one instructor), then two-versus-two hops, and then came the tough two-versus-unknown hop, in which two student crews take off not knowing how many bogeys are waiting out there or where they’ll come from or in what order.” That’s how Yogi and Possum happened to be flying off the coast of Ensenada, Southern California on a bright January morning, just floating through the blue looking for targets, when an F-5 rolled in and sent them home with a simulated Atoll shot (Atolls were the air-to-air missiles carried by Russian-built MiG-21s). Yonay describes the frustration the crew felt but also shows the bright side. “Before long the hops were running into each other, and Yogi and Possum noticed that something was happening to them,” Yonay says. “They were flying twice a day – not cross-country cruising but edge-of-the-seat, hard flying, intense, mind-bending flying- and they didn’t even have to speak except to draw attention to a bogey. They were being hammered into a team.”

And so, as described by Yonay, it was on a sunny February day that, after having taking off, Yogi and Possum banked right and leveled off at 2,000 feet, then climbed higher and headed for the rugged Mojave Desert country around China Lake for the most important Topgun hop, the culmination of their training. Once over China Lake they teamed up with a few A-7 attack planes, which they escorted over “enemy” territory on a bombing mission. The A-7s did the bombing, and Yogi and Possum and the rest of the F-14s went along on a MiG sweep, looking for bogeys and fighting their way to and from the target area, taking care not only of their own tails but of those nose-down A-7s below. Since this was enemy territory and the Russians were big on radar control, they flew in low, hugging the terrain at 500 feet.

The sortie as described by Yonay is exciting to say the least. “Yogi and Possum were zipping along, shooting up mountains and down canyons and flying so low that it was hard to keep from staring at the ground, but they had to keep looking for bogeys. Only a few days earlier they had been out there over China Lake, just coming out of a mission, when they turned back and saw two bogeys riding their tail. Yogi watched the one on the left and Possum tried to keep the one on the right in sight, but then Yogi found out that his bogey had just fired a missile. There are a couple of things a pilot can do with a heatseeking missile heading his way, and one of those is to break hard – pull away fast – to foul up the missile’s tracking system. Possum was losing his bogey and was just turning his head to look over his right shoulder when suddenly Yogi pulled the stick and headed up in a 7.5-G climb. As Possum fought to keep his face from smashing into the radarscope he heard his neck begin to pop, the vertebrae cracking the way knuckles do when pulled – ‘puk, puk, puk.’ That’s when Yogi said real cool into the mike, ‘Hey, you still got those guys back there?’ Possum couldn’t even look up to ask him if he was kidding or what. So now they were shooting up and down those brown and yellow desert hills, and they still had to keep an eye peeled on that huge blue dome above them. But nothing happened. They saw a few bogeys in the distance, but nothing to worry about, and they came over the target area and turned around and headed back, and still nothing. They would have preferred a little more action, when you came right down to it, but what really mattered was that they had been ready for it all along – they could have fought their way out of anything. They had made it into bogey country and hadn’t screwed up once.”

Yogi and Possum finished the Top Gun course at the end of February 1983. “As their class picture went up in the briefing room and they received their new Top Gun flight jacket patches (a MiG caught in a fighter’s cross hairs), the news came that the Wolfpack was named top fighter squadron on the West Coast – one of only two contenders for the Admiral Clifton Award, the Navy’s greatest tribute to a fighter squadron,” Yonay says. “Two weeks later the men of the Wolfpack began flying out to land on the pitching and rolling flight deck of the USS Kitty Hawk, some 100 miles out to sea off San Diego, in preparation for their next cruise.”

Author Ehud Yonay eventually went on his own Topgun-style dogfight flight, which he describes at the end of the article. You can read the entire article as it was originally published, along with all of the photos, here. Yonay even included a sidebar of the F-20 Tigershark, which seemed so promising at the time and remains a popular plane that never went into production. The article is presented as a tribute to Yonay’s skill as a writer and to Yogi and Possum, and a nostalgic look back to the days when Tomcats ruled the skies. 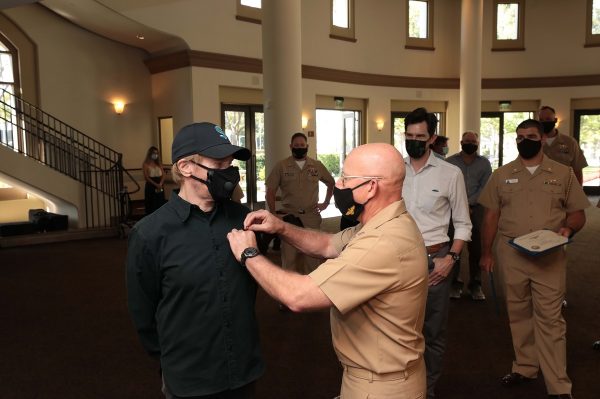 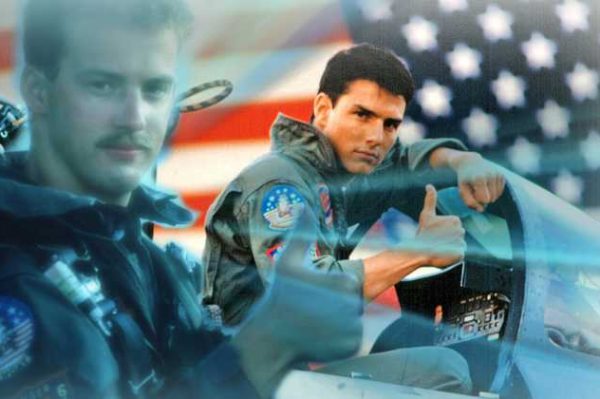