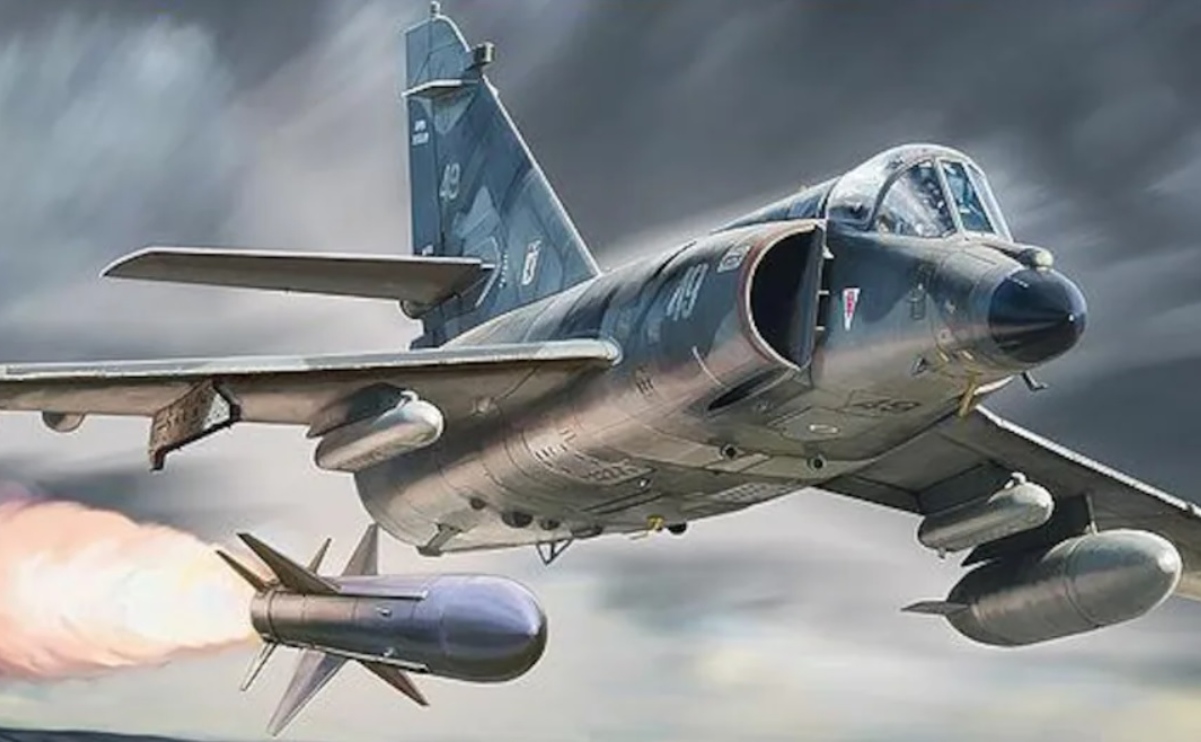 The Super Étendard was used by Iraqi Air Force to attack oil tankers and merchant shipping in the Persian Gulf during the Iraq-Iran War.

The Dassault-Breguet Super Étendard was an advanced development of the Étendard IVM, which it replaced. The Super Étendard first flew in October 1974 and entered French service in June 1978. French Super Étendards have served in several conflicts such as the Kosovo war, the war in Afghanistan and the military intervention in Libya.

A total of five Super Étendards were loaned to Iraq in 1983 while the country was waiting for deliveries of Agave-equipped Dassault Mirage F1s capable of launching Exocet missiles that had been ordered; the first of these aircraft arrived in Iraq on Oct. 8, 1983.

As told by ex-RAF Tornado and experienced author Michael Napier in his book Flashpoints, the first operational sortie by the Iraqi Air Force (IQAF) Super Étendards was carried out in the early hours of Mar. 24, 1984. Two of the aircraft each launched an Exocet ASM against shipping in Bushehr harbour, but the missile fired by Capt Abid Hummadi missed its target and hit the Bushehr nuclear plant. The IQAF enjoyed some successes against shipping near Bandar Khomeini in the last week of March, when three cargo vessels were attacked, forcing their crews to abandon them. Then on Mar. 27, Super Étendards scored their first hits, when they fired Exocets at a Greek tanker, the Filikon L, and the Liberian oil support vessel Heyang Ilho. The former was only slightly damaged, but the latter sank in the Marjan oilfield. Daily patrols were mounted by Exocet-armed aircraft, but often no targets were found. The Super Étendards were intercepted by Islamic Republic of Iran Air Force (IRIAF) aircraft on Mar. 30 and again on Apr. 2, but they escaped unscathed, relying on ultra-low flying to defeat IRIAF missiles. Two Exocets were fired at the Kharg Island terminal on 18 April, but neither warhead detonated. Unfortunately for Iraq, the three ships that were struck by Exocets in late April and early May were Saudi- or Emirati-owned, which did not help the cause of Arab unity. However, on 7 May, the day that the Saudi tanker Al-Ahood was hit by an Exocet, the Iranians declared their own ‘tanker war’ against ships carrying Iraqi oil. One immediate result was the establishment by the Saudi Arabians of the ‘Fahd Line’ on the Saudi/Emirati side of the Gulf, which was to be patrolled by Saudi aircraft with orders to shoot any IRIAF aircraft which crossed the line.

The first IRIAF attack was a Maverick missile strike by Phantoms against the Kuwaiti tanker Umm al-Casbah just south of Kuwait on May 13. Eleven days later, Maverick-armed Phantoms carried out another strike on the Liberian tanker Chemical Venture off Ras Tanura.

There were further attacks against shipping in the next months. IQAF Super Étendards hit the South Korean freighter Hanlim Mariner near Kharg Island on Jan. 11, 1985, the 65th ship to be attacked in the Gulf by both sides since the previous January. After teething problems had been overcome the latest Mirage F1EQ-5s which were compatible with the Exocet system made their operational debut on Feb. 14, sinking the Liberian tanker Neptunia off Bushehr. Five days later the IRIAF responded by striking South Korean tanker, Royal Colombo and Kuwaiti carrier Al Manakh with Maverick missiles. Apart from deploying large numbers of floating radar decoys, Iran had also established an alternate terminal off Sirri Island (350 miles further along the coast from Kharg). It was based on large supertankers acting as distribution points, supplied by transhipment from shuttle tankers from Kharg Island. In addition, tankers bound to or from Iranian ports were shielded by old cargo vessels.

Attacks against shipping in the Gulf had continued through 1985, but at a slightly reduced rate in comparison to the previous year. With the Mirage F1EQ now able to carry the Exocet ASM, Iraq returned the remaining four Super Étendards to France. Beginning on Aug. 15, the IQAF concentrated its efforts against the Kharg Island terminal. On that day a formation comprising two Mirages from 81 Sqn carrying ECM pods and six Su-22s from 69 Sqn led by Maj Abdul Salam Saeed al-Nuaimi attacked the terminal from low level setting the jetty area ablaze. The attack profile was repeated on Aug. 25, but high-level attacks carried out by MiG-25RBs on Aug. 30 and Sep. 2 were less successful, missing their target. Raids on Kharg Island by IQAF aircraft continued throughout the rest of the year, including attacks on Sep. 8 and 19. In the latter attack, by two Mirage F1EQ-5s dropping 250kg bombs, the North Korean tanker Son Bong was sunk just off Kharg.

Flashpoints is published by Osprey Publishing and is available to order here. 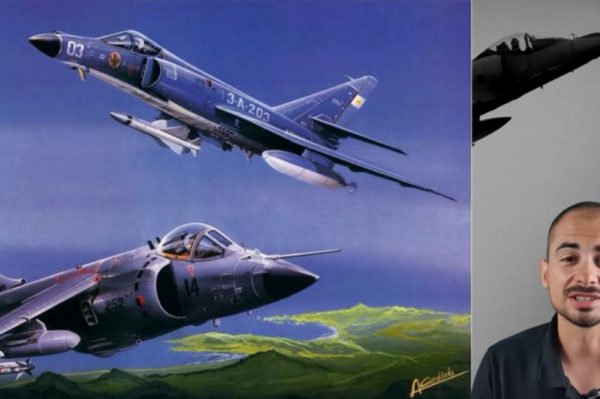