Log In Sign Up
Homepage Aviation HistoryThe story of the Russian Il-76 crew that was forced to land at Kandahar by Taliban MiGs, imprisoned for a year and escaped with their own aircraft after having disarmed their captors 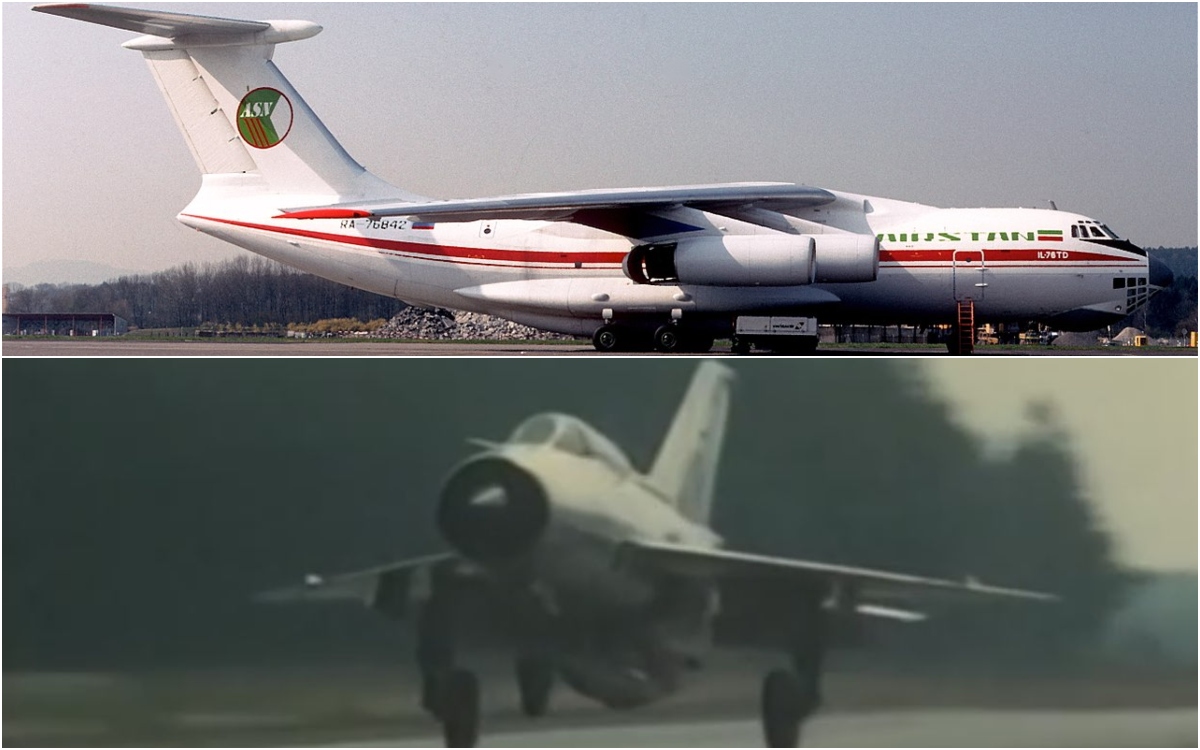 The story of the Russian Il-76 crew that was forced to land at Kandahar by Taliban MiGs, imprisoned for a year and escaped with their own aircraft after having disarmed their captors

On Aug. 3, 1995 a Taliban MiG – some sources say two MiGs – intercepted a civilian Ilyushin Il-76 transport aircraft and forced it to land at Kandahar airport, causing a widely reported upon international incident.

Emerging from the remnants of the communist-era’s Democratic Republic of Afghanistan Air Force (DRAAF), reinforced through defections from other parties, and supported by Pakistan, the Islamic Emirate of Afghanistan Air Force (IEAAF) became one of the most potent branches of the Taliban military. While flying a miscellany of worn out Soviet and Russia-made aircraft, it proved an effective combat force, exercising a continuously growing impact upon developments on the battlefield.

As told by Lukas Müller in his book Wings Over the Hindu Kush Air Forces, Aircraft and Air Warfare of Afghanistan, 1989-2001, in summer 1995, Taliban leader Mohammad Omar appointed the first commander of Kandahar airport, giving this position to a new Taliban member, Akhtar Mohammad Mansour. This former mujahideen guerrilla fighter and religious student who had just returned from Peshawar in Pakistan did not have any previous relationship with aviation – an obstacle which did not prevent him from becoming very active in this area and holding various aviation-related posts within Taliban administration in the subsequent years. Assuming command of Kandahar airport, he de facto became the first commander of the Taliban’s air and air defence force, or more precisely, of the Taliban’s group of men operating aircraft and anti-aircraft weapons.

Sometime in the first half of 1995, Pakistani ISI helped broker a rather unexpected agreement between the Taliban and General Dostum. Under the deal, Dostum’s mechanics arrived in Kandahar via Peshawar and Quetta in July and repaired some of the aircraft and helicopters that the Taliban had captured in the past year.  Dostum’s mechanics did their job right: according to a Taliban spokesman, in summer 1995 the movement had eight operational jets ready for action. There was even enough aircraft fuel in underground storage tanks at Kandahar airport as little flying had occurred during the years before the Taliban came.

Indeed, on Aug. 3 a Taliban MiG – some sources say two MiGs – intercepted a civilian Ilyushin Il-76 transport aircraft and forced it to land at Kandahar airport, causing a widely reported upon international incident. The Ilyushin was operated by the Airstan company registered in Russia and leased to Rus Trans Avia Export, a company that was based in Sharjah, United Arab Emirates, and owned by a Russian arms dealer, Viktor Bout who was doing business with the Rabbani government. After opening the cargo bay, it was evident that the Ilyushin manned by a Russian crew of seven was a big catch: its cargo consisted of 30 tons of weapons from Albania intended for the Rabbani defence minister, Ahmad Shah Massoud. The Taliban promptly stated that they would not allow the aircraft or the crew back: the seven men were imprisoned at Kandahar airport and the aircraft was left idle – although not damaged – on the tarmac.

While Viktor Bout, his brother Sergey and the Russian foreign ministry were trying to secure the release of the Russian pilots, Bout’s companies started operating cargo flights to Kandahar as a gesture of goodwill that Bout hoped would soften the Taliban stance. On board these flights were electronics, clothes and other consumer goods for the Taliban and Viktor Bout soon turned this `goodwill’ into a profitable business, with the number of daily flights sometimes reaching as many as six. Ironically, what started as an embarrassing international incident ended up as the beginning of an improbable cooperation between a radical Islamic movement and an opportunistic Russian entrepreneur, who at the same time continued doing business with the Rabbani government as if nothing had happened.

As the talks about the release of the aircraft and crew were took a great ongoing, the Taliban air force scored another successful interception about in September of the same year when one of its MiGs forced another civilian plane to land, this time an Ariana Boeing 727 en route from the Emirates to Jalalabad. This indicates that the Taliban had either made some of the ex-communist air defence radars at Kandahar operational or that the movement’s jets were performing regular patrol flights or both. As the Boeing was carrying commercial goods, it was cleared for take-off shortly after inspection and allowed to continue its journey.

After some time and more rounds of talks that even involved American senator Hank Brown, the Taliban allowed the captured crew, who had meanwhile grown long beards and were suffering from poor food and the overall primitive conditions at their jail, to regularly perform maintenance checks on the aircraft. The Russian side reportedly offered the Taliban a shipment of spare parts for helicopters in exchange for releasing the crew but the Taliban rejected the proposal. Thus, months slowly went by, the crew were doing regular maintenance, and talks were in a stalemate. After 378 days of captivity, on Aug. 16, 1996, half of the guards who were normally present during maintenance left the crew for afternoon prayers. The Russians seized the opportunity and started one of the aircraft’s four engines with an auxiliary power unit, disarmed and bound the guards and, using the power of the running engine, started the remaining three. Fuel was no issue: there was enough of it in the plane’s tanks for the originally planned flight to Kabul and back to the Emirate of Sharjah. As the huge transport aircraft was readying for take-off a group of Talibs tried to block the runway with a ZIL firefighting truck but the pilot, Vladimir Sharpatov, managed to take to the air before the aircraft would have struck the obstacle. The crew immediately headed out of Afghan airspace and took a course via Iran to Sharjah: the danger of being again intercepted by a Taliban MiG was high, although according to available information, none was actually sent to the air.

In the months and years after these events, rumours emerged that the Taliban – after some secret agreement with Bout, Russia or other party – intentionally let the crew regain control of the aircraft and escape in exchange for shipments of some valuable cargo. Although the truth may never be determined, the decision to use the opportunity to escape probably was a genuine action on the part of the crew who took a great risk of being killed or wounded; we can only speculate about the reasons why no jet took off to chase the aircraft.

Wings Over the Hindu Kush Air Forces, Aircraft and Air Warfare of Afghanistan, 1989-2001 is published by Helion & Company and is available to order here. 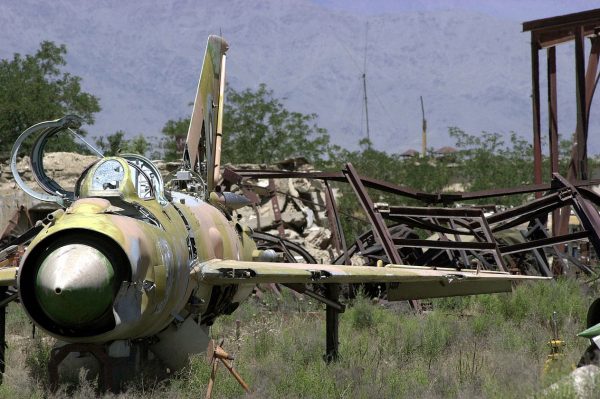 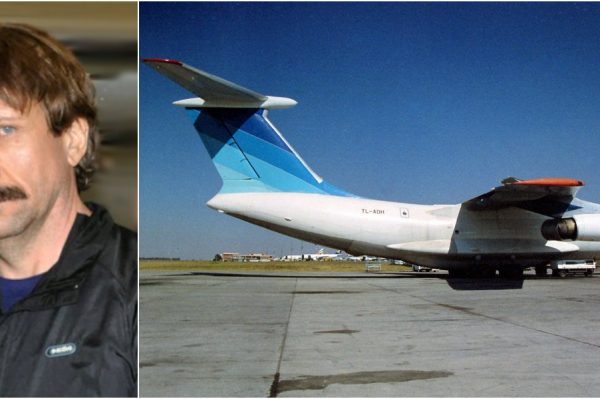 The story of Viktor Bout, the Russian arms dealer who supplied cargo aircraft to Ariana Afghan Airlines, the airline hijacked by Taliban and used to move drugs, terrorists and weapons