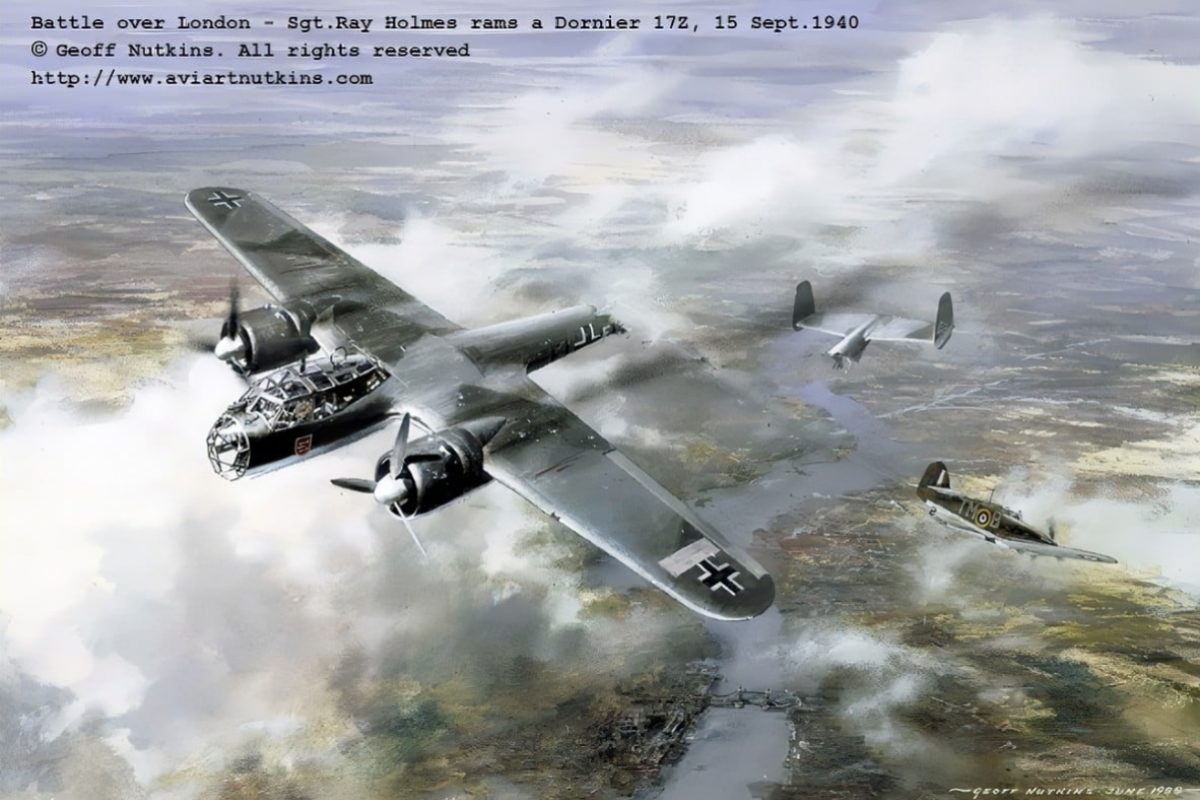 As the Do 17 broke up its bombs fell, unarmed, over London. Two 50 kilo bombs fell in the grounds of Buckingham Palace, one on the palace’s lawn.

The following story originally appeared on Wing Leader Books Facebook page. Be sure to check out their website too!

The collision between a Dornier and Hurricane over Buckingham Palace on ‘Battle of Britain Day’ is one of the iconic moments of ‘The Battle’. The falling planes were captured on film from the ground and the exploits of the daring pilot who saved Buckingham Palace from the German bomber were widely reported in national newspapers. A version of the incident is even appeared in the 1969 feature film ‘The Battle of Britain’.

Headquarters in Uxbridge Air Vice Marshal Keith Park had important guests; Winston Churchill and his wife. There was no significance to Churchill’s visit, he was ‘just passing’ and thought he would call in. As Keith Park led his guests down the stairs to the operations room some fifty feet underground he tactfully pointed out to Winston that the ventilation system would not cope with his cigar smoke; he clenched his cigar, unlit, between his teeth as events unfolded. Park had been made privy to intelligence that an all-out attack was soon to come and there had been a lull in activity for over a week. As he ordered his squadrons into the air one after another he is reputed to have said, “This, I think is what we have been waiting for. I think that it is about to happen.”

The scene was set for an epic battle.

One-by-one squadrons were brought to Stand By and then Readiness as the enemy forces were plotted on the ops table. By midday twenty-three fighter squadrons were airborne. The scale of the enemy attack was such that Park knew his pilots could not repulse it; London was in for a ‘pasting’.

Piloting one of the Dornier 17s was 27 year old Oberleutnant Robert Zehbe of the bomber unit 1/KG76. Zehbe’s crew were old hands and had successfully completed several raids, including Kenley on August 18th and London on September 7th, but this time, things were not going well for them. One engine was giving trouble and they began to lag behind the formation; a vulnerable position as fighter pilots loved to pick off a straggler. Turning for home was a riskier option, for an ailing bomber chugging alone across the skies of Kent was a sitting duck. They were 500 yards behind the formation when the first fighter attack came just south of London. Flight Lieutenant Jefferies led his flight of 310 (Czech) Squadron into the fray and set the Dornier’s port engine on fire; then his less experienced Czech charges had their turn at the bomber. Pilots from 609 and 504 squadrons also seized on the opportunity of an easy kill and poured more gunfire into the hapless Dornier, yet still it limped on. Two of its crew bailed out; Ludwig Armbruster at Sydenham and Leo Hammermeister at Dulwich. Crossing the Thames at Battersea six fighters were seen making repeated attacks. Finally Robert Zehbe abandoned the Dornier, leaving his young gunner Gustav Hubel dead or mortally wounded in the stricken aircraft. A badly wounded Zehbe landed at Kennington, where was beaten up by civilians; he died later of injuries.

One of the attacking pilots was 26 year old Sergeant Ray Holmes. Ray, known as ‘Arty’ after his initial R-T, was flying a Hurricane from 504 Squadron and his actions over London would propel him into limelight then – and 64 years later.

The Pilot’s Story from War Illustrated

And here is the story told by the pilot who brought the ’plane down at Victoria Station. He is a Sergeant Pilot from West Kirby, in Cheshire, and it was his first fight. After he had shot down the enemy machine he had to jump by parachute. He said:

“I was in the last section of my Squadron, and my Dornier victim took all that I had to give him. Bits flew off him and I broke away intending to turn and attack again. My wind¬screen was covered with black oil, and when I did attack again I think it must have been a different machine. Anyway, as soon as I fired a big flame shot up, and I must have got his petrol tanks.

“I broke away again, and turned to make a head-on attack on another Dornier, firing a burst straight into its cockpit. At first I thought a piece of the Dornier had flown off but then I saw it was a German baling out. I passed so near that I believe I touched the parachute.

“As I made my final attack, my right wing struck something. I went into a terrific spin. There was no response from my controls.

“I flung the hood back and struggled to get out. I must have been doing well over 400 m.p.h. when I finally got out of the cockpit. The wind was so strong it was like a piece of an airplane hitting me. People on the ground told me later that my parachute opened at only three hundred feet.

“I spun across a house in Chelsea, got my feet down on a gutter, slid down the roof, and fell into the garden on my back. Then two girls came up to me, and I was so glad to see them that I kissed them both.”

Ray Holmes landed in Hugh Street and, as soon he had his wits about him, he was born off to a pub in Pimlico Road by the locals for a stiff brandy.

As the Dornier broke up its bombs fell, unarmed, over London. Two 50 kilo bombs fell in the grounds of Buckingham Palace, one on the palace’s lawn. A shackle was found still attached to one of the bombs and was presented to the King. In the days before, several bombs had fallen on the palace and caused damage; now a bomber been brought down within sight of it. Soon journalists had hold of the story and, in its re-telling, the story became embroidered and elaborated upon. Soon the hero fighter pilot had deliberately rammed the German moments before it dropped its deadly cargo on the Royal family – he had saved the King single-handed!

Professional photographer and artist Chris Bennett had long suspected that some evidence of the Hurricane would have survived beneath the road into which it had crashed, but as it is one of the busiest roads in London a recovery seemed almost impossible.

London based TV production company Mentorn, managed to interest the British broadcaster ‘Channel 5’ in a spectacular excavation to be shown ‘Live’ at peak-time on a May Bank Holiday weekend as ‘Fighter Dig Live’. It was subsequently made into a documentary for National Geographic – ‘Search for the Lost Fighter Plane’.

Whether Ray’s ramming of the Dornier was intentional or not, his heroic action, and incredible survival, are one of the iconic actions of the Battle of Britain and a fitting reminder of ‘Battle of Britain Day’, the 15th September. 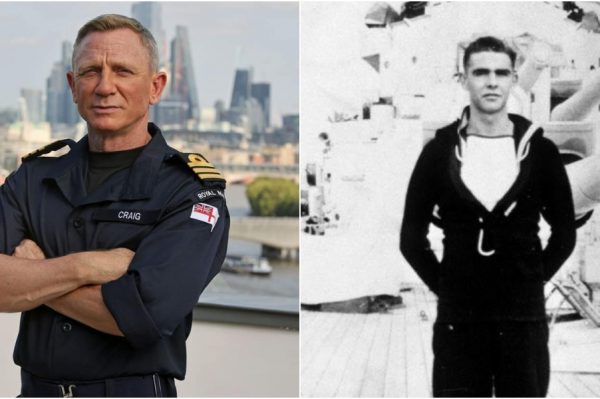 James Bond is a naval officer. Now Daniel Craig is too. But the only 007 actor to actually have served in the Royal Navy was Able Seaman Sean Connery. 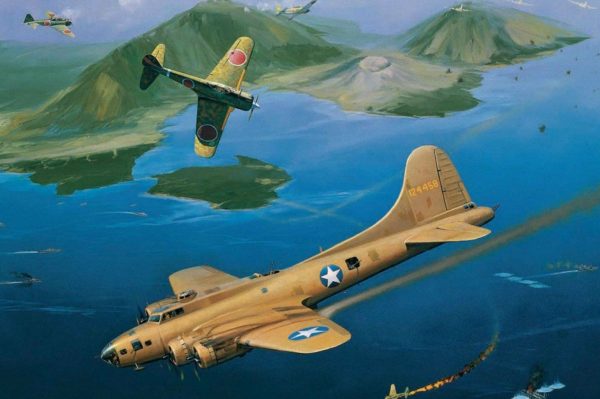