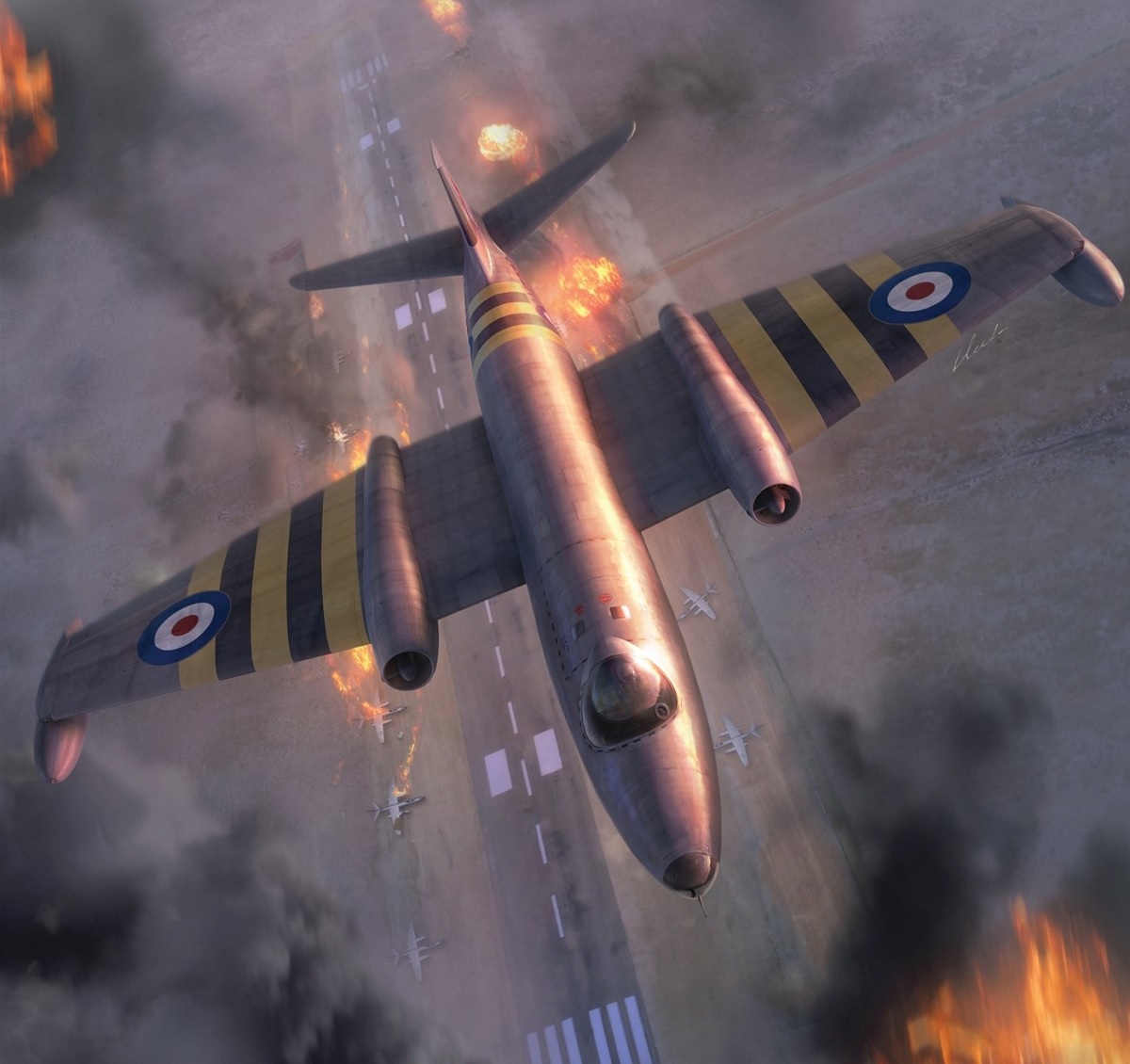 On Nov. 3, 1956, at the height of Operation Musketeer, No 139 Sqn was tasked with marking Luxor airfield for the main bomber force.

The Canberra was designed for speed and, aside from its bomb load, carried no other weapons. Its low-aspect wing gave outstanding fuel economy at a maximum cruising altitude that far exceeded the ceiling of contemporary NATO fighters.

As explained by Andrew Brookes in his book RAF Canberra Units of the Cold War, the increased fuel capacity and uprated engines of the solitary pathfinder Canberra B 5 were applied to the basic bomber to create the B 6, giving the new aircraft an additional range of some 800 miles. Since B 5 VX185 had proven most of the innovations, there was no B 6 prototype, and the first production example (WJ754) flew from Samlesbury on Jan. 26, 1954. Thereafter, the B 6 became the main production version. Five RAF Canberra B 6 units (Nos 9, 12, 101 and 109 Sqns all based in Malta and No 139 Sqn which operated 12 B 6s in the target marker role from Cyprus) took part in Operation Musketeer (the Suez Campaign).

On Nov. 3, 1956, at the height of Operation Musketeer, No 139 Sqn was tasked with marking Luxor airfield for the main bomber force. The squadron CO, Wg Cdr Paul Mallorie, was flying Canberra B 6 WT370, and his marker aircraft carried a mixed load of Target Indicators (TIs) and 1000-lb bombs, which were proximity fused. He subsequently recalled;

‘Having dive-bombed with TIs at last light, we were then supposed to see the raid through and add our contribution of straight-and-level attacks with “thousand pounders’. By that time the gyros had completely toppled, the navigators were confused and the bombsights useless. So we made dive-bomb attacks on the parked Il-28 “Beagles” that were there, dropping high explosives.’

The picture in this post shows VT370 with the No 139 Sqn flash on the fin and ‘Suez strips’ added to reduce friendly fire incidents. On Canberras committed to Musketeer, the yellow/black/ yellow/black/yellow stripes painted just in front of the tail empennage and from front to back around both the upper and lower surfaces of the wings were two feet wide.

WT370, which had been delivered to the RAF in December 1954, initially served with No 617 Sqn prior to being assigned to No 139 Sqn on the eve of Musketeer. Subsequently passed on to No 249 Sqn, the aircraft was converted into a B 15 and issued to Malaya-based No 45 Sqn in late 1962. It was written off in an accident near the unit’s base at Kuantan on Sep. 23, 1964. The jet overshot into a rubber plantation after the pilot experienced power loss on landing and missed his approach. Although WT370 was burnt out in the accent, both the pilot (Flg Off P H Sykes) and navigator (Flg Off C G Jefford, who later became a noted aviation historian) were not seriously injured. 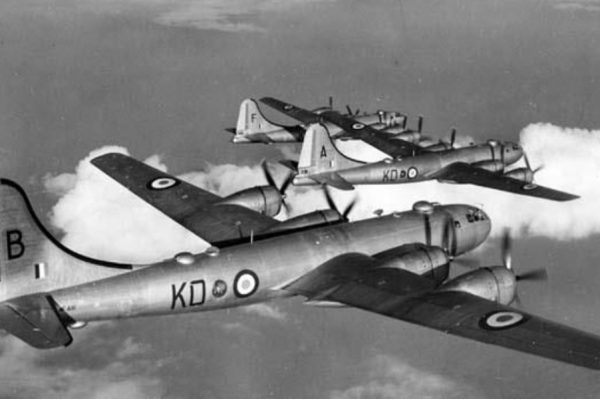 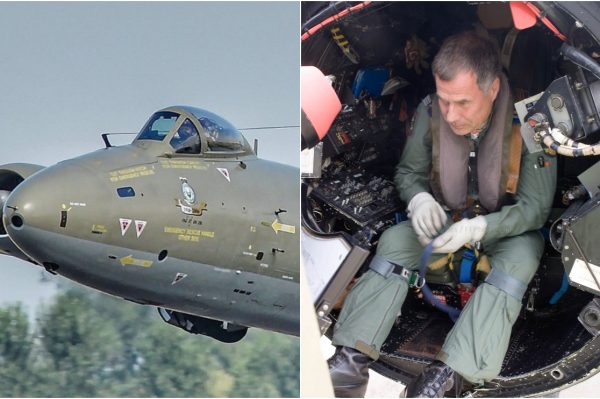