Log In Sign Up
Homepage Aviation HistoryThe story of the Piper L-4H Grasshopper crew that used their Colt. 45 Pistols to shoot down a Fieseler Fi 156 Storch 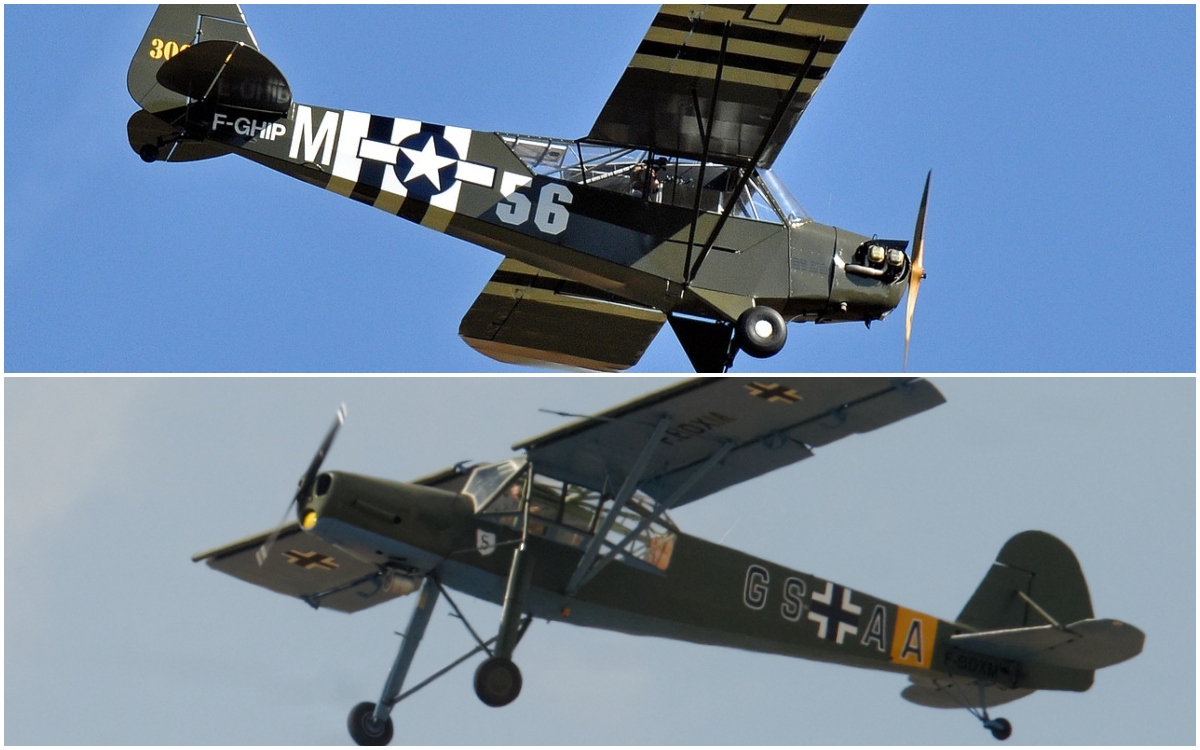 “The two planes were so close I could see the Germans’ eyeballs, as big as eggs, as we peppered them,” Merritt Duane Francies, L-4H Grasshopper pilot.

American tanks of the 5th Armored Division were rolling across central Germany in the direction of Berlin by Apr. 11, 1945, and on the front line was the 71st Armored Field Artillery Battalion.

Equipped with M7 self-propelled 105mm howitzers and M4 Sherman tanks, the unit drove east and south along the Weser river before crossing at Hamlin and continuing to push east.

According to the official history of the battalion, Fire Mission: The Story of the 71st: “The old familiar tactics of bypassing heavy resistance by using secondary roads and passing through only small villages were put to use again.

“Sixty and 70-mile marches were standard operations during the passing of those lightning fast days. The deeper we drove into the Reich the longer our supply lines were stretched and the more difficult the job of service battery became.”

And on Apr. 11: “That day German air activity increased over the column. All sizes and types either roared or limped past. Our ack-ack would pull off to the side of the road at the slightest pause.”

As told by Dan Sharp in his book Spitfires Over Berlin, since landing at Utah beach on Jul. 28, 52 days after D-Day, the 71st’s progress had been guided by spotter pilots flying ahead over enemy territory Equipped with tiny two-seat 65hp Piper L-4 Grasshoppers, the spotters flew long hours in often hazardous conditions.

One of the 71st’s most experienced Grasshopper pilots was 24-year-old Merritt Duane Francies of Wenatchee, Washington. Known as Duane, or sometimes `Doc’ because he took some pre-med courses at college and was often called upon to give first aid for minor injuries, Francies had been with the 71st from the start of the European campaign.

He flew an L-4H called ‘Miss Me!?’ He said: I named my plane ‘Miss Me!?’ Because I wanted the Germans to do that, the reason for the exclamation point, but I also wanted someone back home to ‘miss me’, so there was the question mark.”

Apr. 11 saw Francies and his observer Lieutenant William Martin flying ahead of the 5th Armored about 100 miles west of Berlin. Not far from the 5th’s advancing vehicles, on a side road, they noticed a German motorcycle and sidecar speeding along. Moving in to get a closer look, they then saw a Fieseler Fi 156 Storch observation aircraft flying at about 700ft above some trees.

Abandoning the motorcycle outfit, Francies and Martin decided they needed to do something about the Storch, and fast, before it had a chance to report on the 5th’positions.

Afterwards, Francies wrote: “The Storch had an inverted eight Argus engine. It was also a fabric Job and faster and larger than ‘Miss Me!?’. It spotted us and we radioed: ‘We are about to give combat.’

‘But we had the advantage of altitude and dove blasting away with our Colt. 45s trying to force the German plane into the fire of waiting tanks of the 5th. Instead, the German began circling.”

Flying slightly above and across the German aircraft, Francies and Martin had opened their aircraft’s side doors and emptied their pistols into the Storch. They saw hits on its windscreen, fuel tank and right wing.  Francies then gripped the Grasshopper’s control column between his knees while he reloaded. He wrote: “The two planes were so close I could see the Germans’ eyeballs, as big as eggs, as we peppered them.”

Trying to avoid the American aircraft that dogged its every move, the Storch went into a low turn – too low – and its right wing tip struck the ground. It span around, cartwheeling, its right wing and undercarriage coming apart, before finally coming to rest right side up.

Francies set down close by and he and Martin ran to the wreck. The German crew had stumbled, dazed, from their machine. When they saw the Americans approaching, the pilot jumped behind a pile of sugar beet to hide and the observer dropped to the ground, defeated.

Seeing that the observer had been hit in the foot, Francies ran over and went to help. He pulled off the man’s boot and a .45 bullet fell out. Martin, his gun now also reloaded, fired a warning shot and the pilot came out with his hands up.

Francies took the pilot’s uniform insignia and a German flag they found inside the Storch. He wrote: “I never found out their names. They could have been important, for all I know. We turned them over to our tankers about 15 minutes later, after the injured man thanked me many times for bandaging his foot. I think they thought we would shoot them.”

Not long after their aerial victory, Francies and Martin were scouting ahead of the 5th when elements of the division reached the Elbe. They flew over the river and landed on the other side, only to be approached by a group of Soviet soldiers wearing grey greatcoats and riding steppe ponies.

The Russians backed off when they saw the Grasshopper’s white star insignia but were not friendly and later the Americans got back in their aircraft and flew back to the 71st. They had not realised that they were supposed to remain on the ‘American’ side of the Elbe.

When the war ended, Francies had twice been recommended for the Distinguished Flying Cross but had not received it. Years passed and the recommendations were forgotten about. Francies served during the Korean War before becoming a commercial pilot. In 1966, historian Cornelius Ryan wrote about his exploits in his book The Last Battle. A US senator, Harry Jackson, pressed for Francies’ achievements to be recognised and finally, the following year, Francies got his DFC. 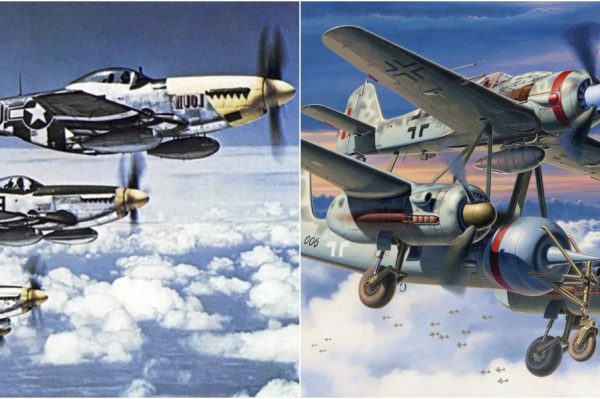 Piggybacks! USAAF P-51 Mustang pilots explain how they were able to shoot down a flight of Mistel combinations over Germany 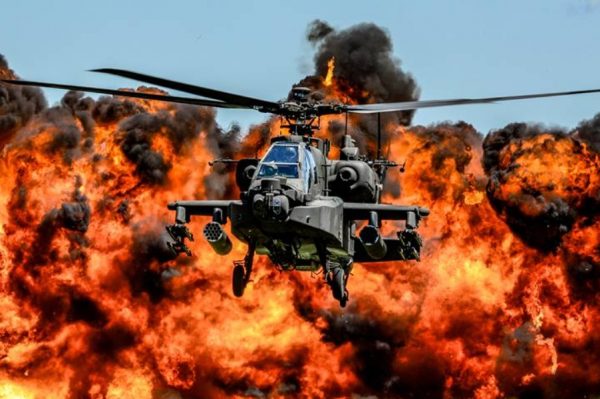