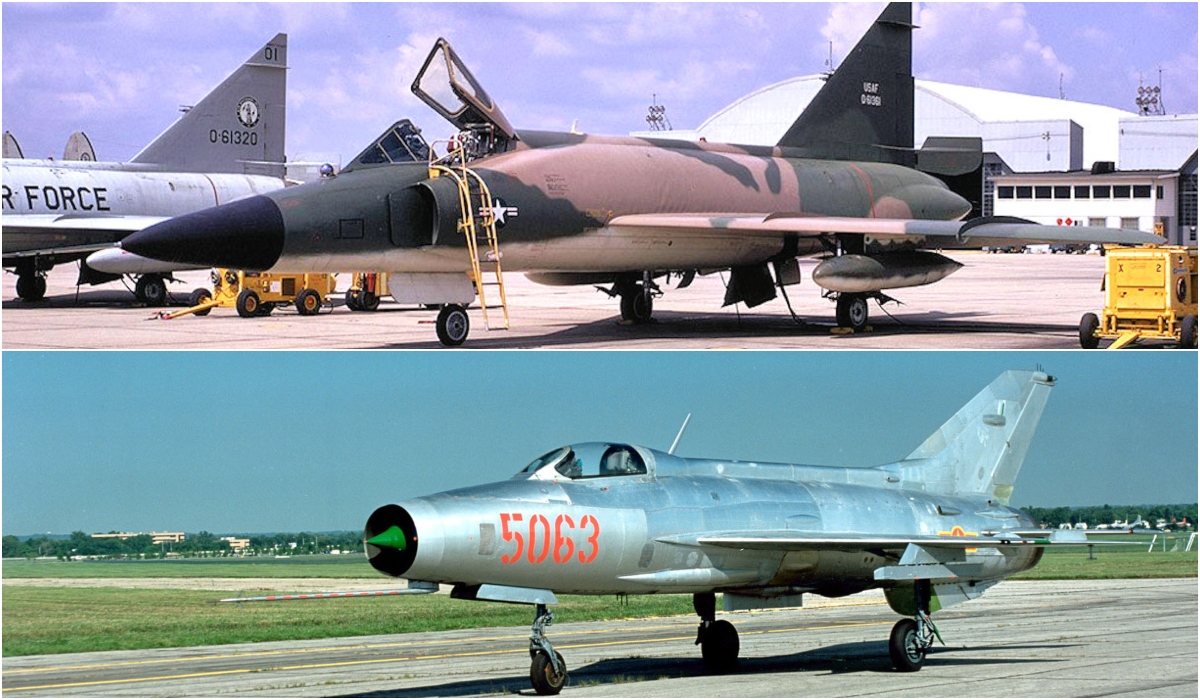 The primary mission of the F-102 Delta Dagger was to intercept and destroy enemy aircraft. It was the world’s first supersonic all-weather jet interceptor and the USAF’s first operational delta-wing aircraft. The F-102 made its initial flight on Oct. 24, 1953, and became operational with the Air Defense Command in 1956. At the peak of deployment in the late 1950s, F-102s equipped more than 25 ADC squadrons.

In a wartime situation, after electronic equipment on board the F-102 had located the enemy aircraft, the F-102’s radar would guide it into position for attack. At the proper moment, the electronic fire control system would automatically fire the F-102’s air-to-air rockets and missiles.

As explained by Peter E. Davies in his book F-102 Delta Dagger Units, MiG activity in 1965 was sporadic as the Vietnam People’s Air Force (VPAF) squadrons continued to refine their tactics against the Rolling Thunder attacks that began in March. By the end of that year the more capable, missile‐armed MiG‐21 was established in service with the 921st Fighter Regiment (FR), bringing the total inventory of MiGs to around 75.

US escort fighters venturing over the North Vietnamese border risked meeting MiGs, although many pilots never saw one in hundreds of flights over hostile territory. On their escort sorties the F‐102 pilots occasionally received warning of approaching MiGs, and the operation to set up the famous Lima Site 85 on a mountain at Phou Pha Thi, in Laos, was one such occasion. The powerful radar and Heavy Green TACAN site was established to provide Rolling Thunder attacks venturing deep into North Vietnam with better radar coverage than the US Navy’s offshore radar picket vessels could provide.

The heavy equipment to set up the site had to be carried by CH‐3 and CH‐47 helicopters to the top of the 5600‐ft karst Black Mountain. Two Udorn‐based F‐102As were sent to escort the helicopters across the Plain of Jars towards the mountain. A MiG warning was received from the US Navy ‘Motor Pool’ offshore radar warning vessel and the USAF College Eye early‐warning EC‐121 aircraft patrolling in the area. F‐102As, led by Capt Robert Donaldson, headed for the MiG‐21s that were flying towards them from the Dien Bien Phu area.

Climbing in afterburner, the lead ‘Deuce’ pilot picked up the MiGs on radar at 30 miles and prepared his missiles, awaiting approval to fire from the GCI controller, who would be the only source of permission to attack the MiGs. At 20 miles range permission had still not been given, and as the pilots approached visual range they saw that the MiGs were turning away and descending. Capt Donaldson suspected that they might have been bait to lure the ‘Deuces’ into a fight with a greater number of MiGs, but the USAF pilots were, in any case, told to return and guard the helicopters.

A less auspicious MiG‐21 encounter occurred on Feb. 3, 1968 when two 509th FIS F‐102As were flying an EB‐66 escort mission at 36,000 ft near the North Vietnam–Laotian border at Sam Neua. Maj A L Lomax was the flight leader, with 1Lt Wallace Wiggins as his wingman. At the VPAF’s Noi Bai airfield, 921st FR pilots Pham Thanh Ngan and Nguyen Van Coc (who would end the war as the top VPAF ace with nine kills, including five F‐105Ds) took off on their fourth interception mission of the day, heading for a pair of enemy aircraft that had been detected on radar near Moc Chau.

As they approached the Laotian border, Ngan thought he saw a distant EB‐66 ECM aircraft, but closer examination revealed the two F‐102As. Lomax saw the MiGs, turned and fired three AIM‐4D Falcons, all of which missed. Ngan manoeuvred into the blind spot behind Wiggins’ aircraft (56‐1166) and triggered an R‐3S (K‐13A ‘Atoll’) missile, which remained stubbornly on its launch rail, but his second weapon hit the F‐102A’s tail. Van Coc also fired a missile, but it failed to guide correctly. The MiG‐21F‐13s were then ordered to break off the engagement.

Wiggins reported a problem with his aircraft, and when Lomax checked it he saw the body of the unexploded ‘Atoll’ protruding from the Deuce’s rear fuselage. Lomax attempted to locate the MiGs again, but they rapidly departed and moments later he saw Wiggins’ aircraft explode and disintegrate in flames. No ejection was attempted. It was the only F‐102 loss to a MiG, and also a reminder of the problems faced by a ‘Deuce’ pilot – principally missiles that took 16 seconds to set up and minimal visibility from the cockpit – when caught by surprise by an expertly flown MiG‐21.

F-102 Delta Dagger Units is published by Osprey Publishing and is available to order here. 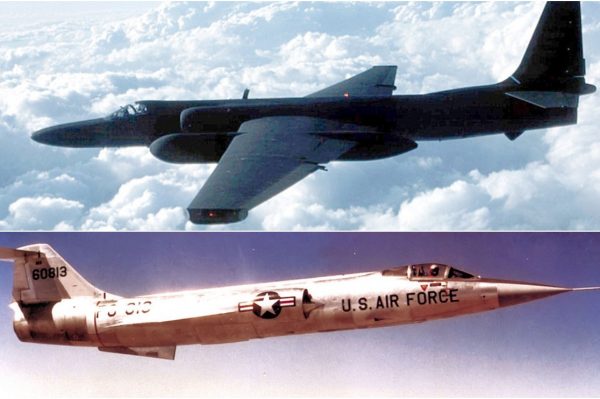