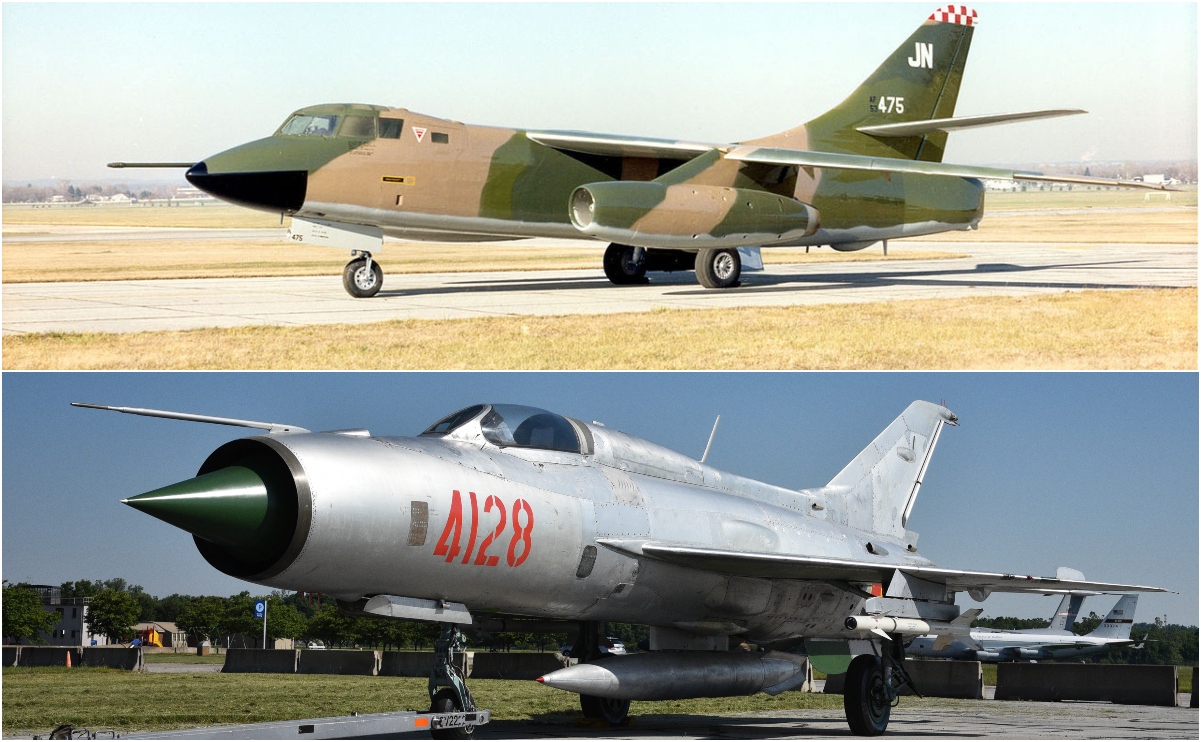 The VPAF’s determination to eliminate the highly disruptive effects of EB-66 jamming increased their efforts at interception. Air Defence Command gave the MiG-21 units a special ‘non-combat mission’, tasking them with developing tactics to attack EB-66s.

As explained by Peter E. Davies in his book B/EB-66 Destroyer Units in Combat, orbiting at the edge of heavily-defended territory, during the Vietnam War the vulnerable EB-66 Destroyer electronic warfare aircraft identified and jammed the enemy’s radar frequencies with electronic emissions and chaff to protect the American bombers. Their hazardous missions resulted in six combat losses, four of them to SA-2 missiles and one to a MiG-21, and they became prime targets for North Vietnamese defences when their importance was realised.

On Nov. 19, 1967, MiG-21 pilots Vu Ngoc Dinh (given special responsibility for EB-66 interception) and Nguyen Dang Kinh left Noi Bai air base to intercept a Destroyer near Than Hoa. The pilots split up, one attacking from a high ‘perch’ and the other from low altitude behind the EB-66. Kinh evaded the F-4 escort and fired two R-3S missiles at the ECM aircraft, claiming that he hit an engine and destroyed the EB-66. The missiles exploded below their target, however, and no loss was recorded by the Takhli wing that day as the pilot of the Destroyer had received a MiG warning from the F-4s in time to execute an evasive diving manoeuvre. The Phantom IIs then chased the fleeing MiG-21s but both escaped. Another attempted attack on an EB-66C the following day was also frustrated. After that, the ECM aircraft had to be pulled back again to positions south of the 21st parallel.

A less auspicious MiG-21 encounter occurred on Feb. 3, 1968 when two 509th FIS F-102A Delta Daggers flew an EB-66 escort mission at 36,000 ft close to the North Vietnam-Laotian border near Sam Neua. Maj A L Lomax led ‘Jersey White’ flight, with 1Lt Wallace Wiggins as his wingman in F-102A 56-1166. At Noi Bai airfield in North Vietnam, 921st FR pilots Pham Thanh Ngan and Nguyen Van Coc (who would end the war as the top VPAF ace with nine kills) took off on their fourth interception mission of the day, heading for a pair of enemy aircraft that radar had picked up near Moc Chau.

Near the Laotian border Ngan thought he saw a distant EB-66, but at closer range he realised he was looking at the two F-102As. Lomax saw the MiGs, turned and launched three AIM-4D Falcon missiles, all of which missed. Ngan manoeuvred into Wiggins’ blind spot and triggered an R-3S (K-13A ‘Atoll’) missile which refused to leave its launch rail, but his second missile impacted the F-102A’s tail. Van Coc also fired an R-3S but it failed to guide. The MiG-21F-13s were then told to break off the engagement by their controller.

Wiggins reported handling problems with his aircraft, and when Lomax checked the Delta Dagger he saw an unexploded ‘Atoll’ protruding from its rear fuselage. Lomax attempted to locate the MiGs again but they had rapidly departed, and seconds later he saw Wiggins’ aircraft explode, with no sign of an ejection.

The effectiveness of the USAF fighter protection was indicated by the loss of only one EB-66 to MiGs throughout the war, despite persistent efforts by the VPAF. It occurred over Laos, where EB-66Cs would provide up to 12 hours of radar surveillance daily in 1970-71 until tanker shortages forced them to reduce their commitment. MiGs were seldom a threat over Laos, with their solitary success occurring on Jan. 14, 1968. 41st TEWS EB-66C 55-388 ‘Preview 01’ was intercepted at 28,000 ft during an ELINT mission involving five Destroyers 65 miles southwest of Hanoi near Route 15 on the Ho Chi Minh Trail in support of a strike near Than Hoa.

Two 921st FR MiG-21s flown by Nguyen Dang Kinh (who had claimed the EB-66 on Nov. 19, 1967) and Dong Van Song were scrambled from Noi Bai air base and vectored towards the unescorted EB-66C. They detected the aircraft at a range of eight miles some 15 minutes into its orbit. Nguyen Dang Kinh fired his two R-3S IR-seeking missiles, but both failed to home correctly. Dong Van Song, who had already claimed three F-105s, then fired an ‘Atoll’. His R-3S destroyed the EB-66C’s right engine and wing. Maj Hugh ‘Sonny’ Mercer Jr turned towards safety, but the Destroyer entered a spin and he instructed his crew to bail out as they overflew mountainous country in North Vietnam.

Three of the crew landed a short distance apart. 1Lt Ron Lebert’s parachute was suspended in a tree, and he hung there for 17 hours before being cut down by local troops and taken into captivity. A search and rescue (SAR) effort was immediately begun at Nhakon Phanom RTAFB, and aircraft contacted four survivors on their emergency radios. Darkness and bad weather delayed the rescue attempt until the following morning, when a SAR force led by 37th Aerospace Rescue and Recovery Squadron (ARRS) HH-3E 64-14233 headed out. The helicopter, flown by Capt Gregory Etzel, entered the karst mountain area with visibility of around 50 ft. Its rotor blades struck a mountainside as it attempted to cross a ridge and the helicopter crashed. Although the crew escaped with their lives, some had suffered severe injuries. They were now stranded on a steep slope 40 miles into enemy territory. Two more helicopters were sent in, but they were frustrated by bad visibility and one was damaged by machine gun fire.

On Jan. 17, three crew from the RB-66C were rescued by an HH-3. Lt Col James Thompson and instructor radar navigator Lt Col Attilio ‘Pete’ Pedroli, who had also landed in a tree on a mountain side but was able to lower himself to the ground, were recovered intact. Maj Mercer had sustained severe injuries when ejecting while the aircraft was spinning, including broken legs. He died in hospital three days later. The CIA attempted to insert a Bright Light covert rescue team to locate the remaining four crew and arrange a helicopter extraction, but they had apparently already been captured. Majs Thomas Sumpter and Irby Terrell, Capt Hubert Walker and 1Lt Lebert, three of them EB-66C EWOs, were imprisoned until March 1973. Pedroli returned to the 41st TEWS to complete his 100 missions.

This incident did not initially increase awareness in Saigon of the MiG threat, and a mission on Jan. 18 on the same route was met by the same VPAF interception tactics. Fortunately, the crew evaded the MiG-21 and its missiles. Following the second engagement, the Seventh Air Force instructed that all EB-66s were to be removed from North Vietnamese airspace and given additional MiGCAP flights to protect them from VPAF fighters that were crossing into Laos to try and catch them. This arrangement remained in place until the end of Rolling Thunder on Nov. 2, 1968.

B/EB-66 Destroyer Units in Combat is published by Osprey Publishing and is available to order here. 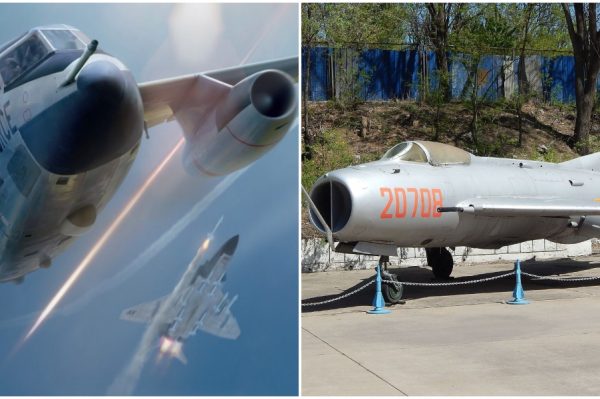 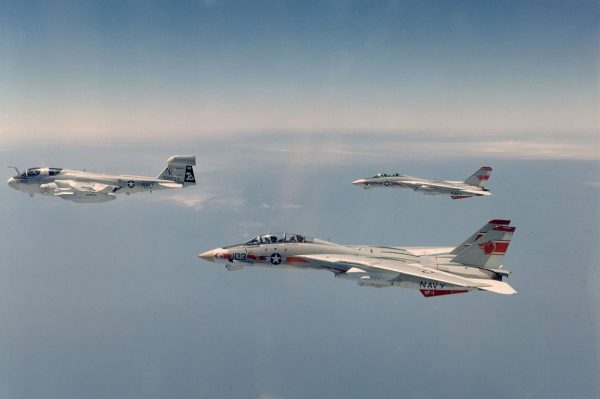 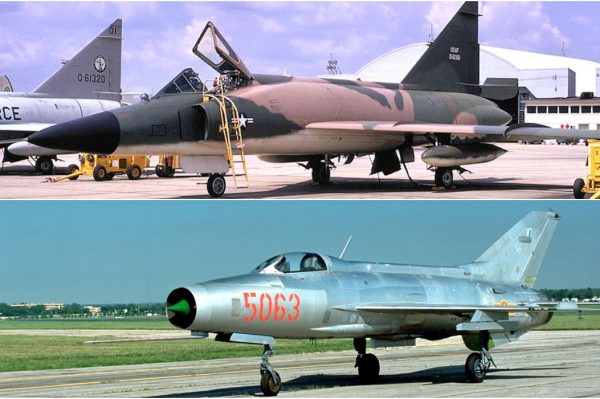