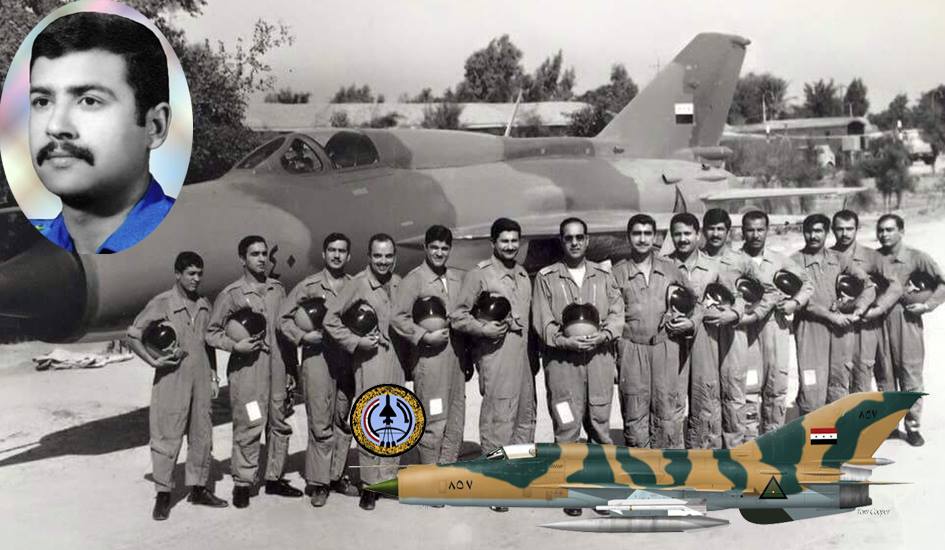 Hamid and Khafaji MiG-21s clashed with two pairs of Mirages, and Khafaji should have managed to shot down one of these. In turn, he was shot down and killed, reportedly over the Israeli-occupied Golan Heights.

This is ‘just another story’ from the Arab-Israeli War in October 1973: it’s one of too many such stories, one without a definite end.

Born in 1946, Iraqi pilot Kamil Sultan al-Khafaji graduated from the Air Force Academy in 1966. He underwent a conversion to MiG-21s and was assigned to No. 11 Squadron, Iraqi Air Force (IrAF), as a fighter pilot, in 1967.

On the late afternoon of Oct. 6, 1973, upon receiving news about Egypt and Syria opening a new war with Israel, the High Command IrAF has put No. 9 Squadron on alert and ordered its commander, colonel Mohammed Slaman Hamid, to re-deploy to Syria, ‘immediately’.

What exactly happened with Khafaji during the following few days remains uncertain.

Along one, best-supported, version, he arrived at Dmeyr AB, in Syria, with the first group of pilots and aircraft from his unit, already on the evening of Oct. 6, or early morning of Oct. 7.

During the afternoon of Oct. 7, he should have been scrambled to intercept a formation of Israeli F-4E Phantom IIs that was about to bomb Tsaykal AB, north of Damascus. During the resulting air combat, Khafaji should have been shot down – but, he ejected safely.

Two days later, on the morning of Oct. 9, Khafaji should’ve been scrambled from Dmeyr AB as No.2 in the formation led by Col Mohammed Salman Hamid, to intercept an Israeli air strike on Mazza AB (a.k.a. Almazza) in southern suburbs of Damascus.

Failing to catch with fast Phantoms, Hamid and Khafaji then clashed with two pairs of Mirages, and Khafaji should have managed to shot down one of these. In turn, he was shot down and killed, reportedly over the Israeli-occupied Golan Heights. According to that version, he was the first pilot of the Iraqi Air Force declared ‘KIA’ (killed in action) during the October 1973 Arab-Israeli War.

The second version is quite similar, though dating his final flight with Oct. 13, 1973. According to that version, Khafaji was not KIA, but went ‘MIA’ (missing in action): he bailed out over the Israeli-occupied Golan Heights, and disappeared without a trace. Three years later, he was declared KIA.

The attached collage consists of three illustrations: main photo is showing pilots of No. 9 Squadron upon their return from Syria, and with one of their mounts (a MiG-21PFM serial 940). Notable is that MiG-21PFMs sent by the IrAF to Syria were unpainted: they received their camouflage patterns in standardised colours of the SyAAF. They returned to Iraq in such colours and kept them until the end of their service. Insets are including a photo of 1st Lt Khafaji, and a colour profile of another MiG-21PFM (together with the crest of No. 9 Squadron) – which is known to have served with No. 9 Squadron in Syria as of 1973: serial 957. The latter MiG survived long enough to see action during the Iran-Iraq War in the 1980s, too! 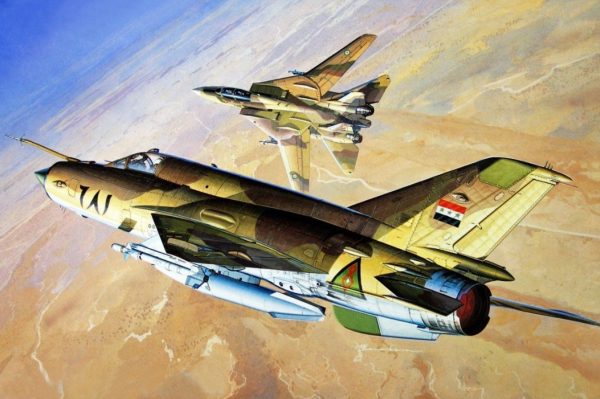