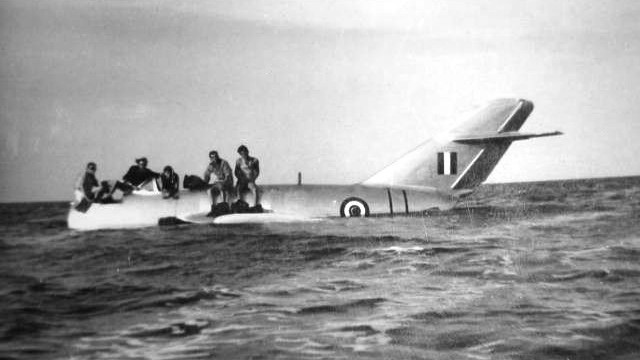 Abd el-Rahman Muharram, the pilot of the stricken MiG-15, flew exceptionally well and his subsequent ditching in the shallow waters of Lake Bardawil was a remarkable piece of airmanship

Taken in 1956, the interesting photos in this post show the first Egyptian Air Force (EAF) MiG-15 lost in combat during the Suez War. The aircraft, flown by pilot Abd el-Rahman Muharram, was damaged on Oct. 31, 1956 to the right wing by an Israel Air Force (IAF) Mystére flown by Capt Yakov Nevo. Muharram was forced to ditch his plane in Lake Bardawil where it was found by the Israelis.

The Egyptian fighter was hit in its starboard wing. As told by Tom Cooper and and David Nicolle in their book Arab MiGs, Volume 1, the official Israeli account adds no further detail about the combat, unlike an extravagant later version which spoke of the Mystére pilot “flying alongside his helpless victim, so close that he could see the Egyptian’s head”. Some unofficial versions suggest that the Israelis attacked the Egyptians “out of the sun”, while others maintain that, having been joined by two Israeli aircraft, which were out of ammunition, it was the Israelis who were bounced by Muharram and another MiG. All at least agree that the pilot of the stricken MiG-15 flew exceptionally well and that his subsequent ditching in the shallow waters of Lake Bardawil was a remarkable piece of airmanship.

The EAF pilot in question was Abd el-Rahman Muharram. He was one of the youngest pilots in his squadron, having only graduated in 1955, and was a close friend of Pl Off Fuad Kamal whom related Muharram’s story:

‘Abd al-Rahman Muharram escaped from the Israelis after being hit in the wing by going down to extremely low altitude, flying at “zero feet” and making abrupt manoeuvres. Before ditching in Lake Bardawil there were no enemy aircraft close to him and the story that an Israeli flew alongside and could see the MiG pilot’s face is nonsense.’

After safely ditching in the lake and then escaping back across the Suez Canal, Abd al-Rahman Muharram remained in the EAF and rose to high rank. Much later the Israelis found the ditched MiG, salvaged the aircraft and brought it to Israel for testing. Its photographs appear in most accounts of the 1956 War. The plane eventually ended as trophy in front of Hatzor AB. 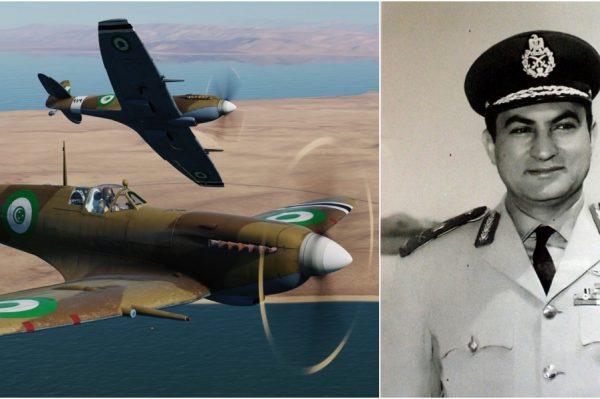