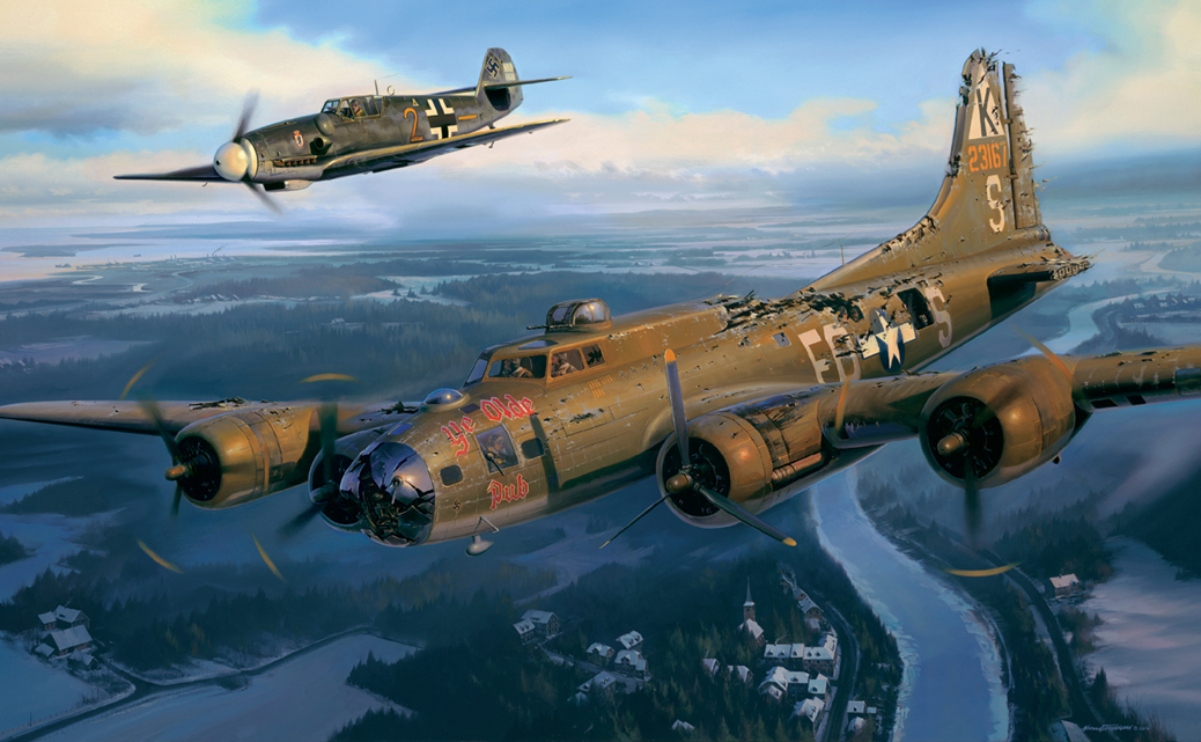 There, alongside the defenseless B-17, German ace Franz Stigler decided to break the cycle of violence, to spare the bomber and escort it out of Germany.

Although the Boeing B-17 Flying Fortress prototype flew in 1935, only a relatively small number of B-17s were in service when the US entered the war in 1941. Production quickly increased, and three companies—Boeing, Lockheed-Vega, and Douglas—mass-produced Flying Fortresses by the thousands. The B-17 flew in every combat zone during World War II, but its most significant service was over Europe. Along with the B-24 Liberator, the B-17 formed the backbone of the USAAF strategic bombing force, and it helped win the war by crippling Germany’s war industry.

On December 20, 1943, in the midst of World War II, an era of pain, death, and sadness, an act of peace and nobility unfolded in the skies over Northern Germany. An American bomber crew was limping home in their badly damaged B-17 after bombing Bremen. A German fighter pilot in his Bf 109 fighter encountered them. They were enemies, sworn to shoot one another from the sky. Yet what transpired between the fighter pilot and the bomber crewmen that day, and how the story played out decades later, defies imagination. It had never happened before and it has not happened since. What occurred, in most general terms, may well be one of the most remarkable stories in the history of warfare.

Near the coast of Germany . . . Stigler had never seen a B-17 this damaged. My God, how are you still flying? he thought. Inside the bomber’s cockpit, the rookie American pilot, Charlie Brown, was thinking the same thing.

An air battle had shredded his bomber. Leaning forward to check an engine, a sight made Charlie’s heart skip. There, three feet from his wingtip flew a gray Bf-109. Charlie closed his eyes and opened them but the German was still there. He’s going to destroy us, Charlie concluded.

Instead, Franz did something incredible—he nodded to Charlie. In the presence of his enemy, Franz had changed. He had only become a fighter pilot to avenge his brother, a pilot killed early in the war. But there, alongside the defenseless B-17, Franz decided to break the cycle of violence, to spare the bomber and escort it out of Germany.

Choosing life over death, he escorted the bomber to the North Sea, saluted the American pilot, and flew away.

Charlie and his fellow airmen had hopes of reaching England again, thanks to the mysterious German ace who held his fire. Brown in fact wrestled his B-17 “Ye Olde Pub” back to England after the extremely harrowing mission. As Brown fought to keep his plane in the air, P-47s who had also participated in the raid over Bremen, encountered “The Pub,” marveled at the damaged bomber, and helped escort her to a safe landing at Seething Air Base, England.

But now, it was Franz’s life that was in danger. A quaint German village lay below, warm and inviting, just four days before Christmas. But it was wartime. If anyone had reported Franz for sparing the enemy, he would have faced a firing squad as a traitor. Luckily no one caught a glimpse of his markings and Franz survived the war.

Charlie never forgot Franz’s gesture. In his old age, Brown searched the world for Franz and in 1990 they reunited, not as former enemies but as brothers separated for 46 years. In the years that followed, their friendship developed to the point where Stigler himself considered Brown to be as precious as the brother he had lost. 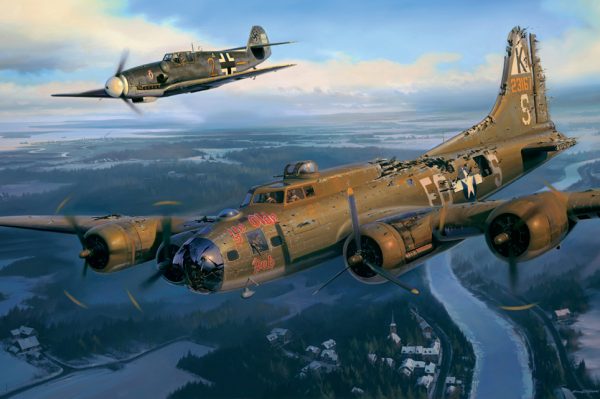 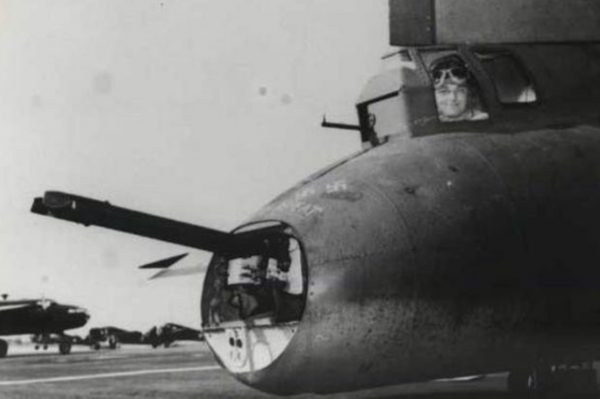