Log In Sign Up
Homepage Cold War EraThe story of the Canberra P.12 all-weather fighter that never was 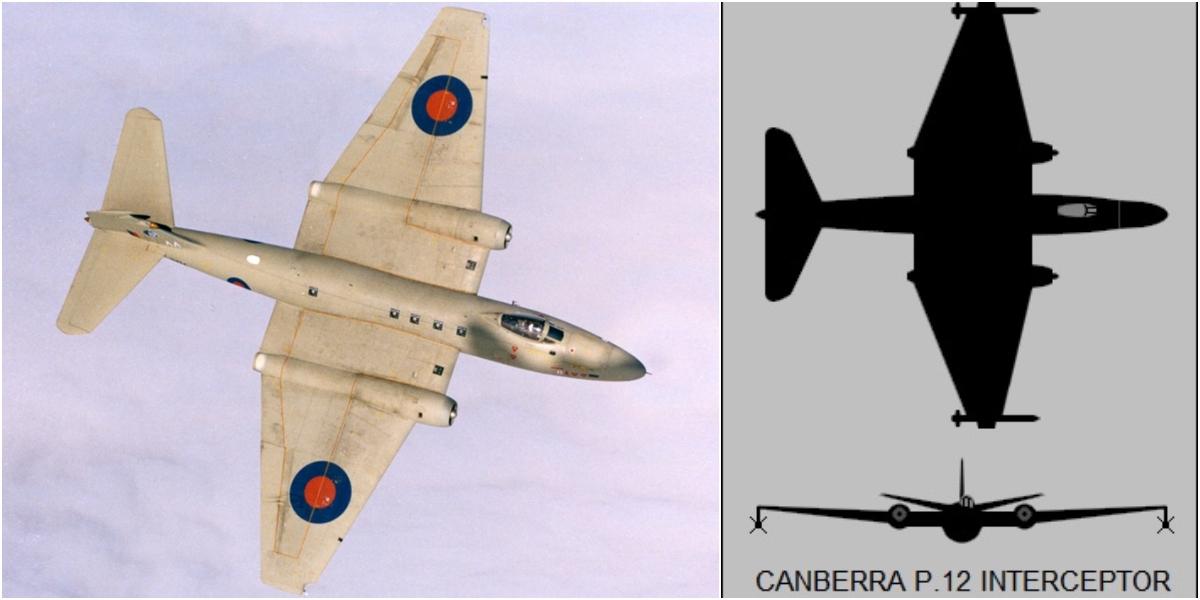 The story of the Canberra P.12 all-weather fighter that never was

English Electric designated the Canberra all-weather fighter P.12 and the project brochure stated that a fully equipped prototype could be ready in just two years – by March 1958 – with a complete operational squadron of Canberra fighters becoming operational during 1959.

The West was stunned when the Soviet Union dropped its first atomic bomb in August 1949 and a year later the Korean War showcased Russia’s incredible technological progress in the form of the MiG-15 – a fighter capable of besting anything the RAF could offer at that time. In the wake of the Second World War, funding for the RAF’s Fighter Command had fallen away dramatically but now there was an urgent need for new jet fighters to meet the threat of Russian bombers head-on.

The result was Operational Requirement (OR.) 329/F.155T and some of the most outlandish designs ever committed to paper.

As told by Dan Sharp in his book Cold War Interceptor, even as English Electric was in the process of being eliminated from F.155T behind closed doors, the company was preparing another option for the Ministry of Supply and Air Staff to consider — an all-weather fighter version of the Canberra.

On Mar. 7, 1956, the firm’s chief designer Freddie Page wrote to Gardner in his new position at the RAE: “From time to time various people in the Ministry of Supply, Air Ministry and Commands have made suggestions that the Canberra might be developed as an all-weather fighter. Hitherto pressure of work on other Canberra developments, and the fact that with conventional a development were not clear cut we have combined to discourage us from proceeding further with the idea.

“However, studies of the Al 18 Red Dean type of airborne missile system in relation to new projects have made it clear that the carriage of such a large and bulky system on a subsonic fighter of conventional size or on a supersonic fighter, present considerable difficulties. Nevertheless all the essential elements of this system have been or are being, developed on Canberra aircraft and will have to be brought together on an aircraft of this type for final proving.”

English Electric had worked closely with Vickers Armstrongs’ guided weapons division to fit the large Al 18 and enormous radar-guided Red Dean missiles on to a modified Canberra on the basis that collision course weapons did not require a high-performance aircraft – they simply needed to be taken aloft and put into a position ahead of the incoming enemy bomber. Assuming the missiles’ homing heads could lock on in time, the missiles would be able to hit their targets.

Page stated that, while English Electric itself was working flat out on other projects, if a Canberra fighter was of interest it could be developed using Boulton Paul as a subcontractor. English Electric designated the project P.12 and the project brochure stated that a fully equipped prototype could be ready in just two years – by March 1958 – with a complete operational squadron of Canberra fighters becoming operational during 1959.

The brochure further stated: “To obtain an effective operational aircraft it is proposed to install this equipment in the latest Canberra Mk.8 Interdictor. Boulton Paul Aircraft have been made responsible for this installation, due to their special experience in this connection. Studies of the resulting operational performance have been carried out in conjunction with Vickers Armstrongs. Somewhat surprisingly, these have shown an interception performance equal or superior to any aircraft that could operate this system before it is superseded.

`This is due to the high performance intended for Red Dean and the ability of the Canberra to carry the complete system to adequate speed, just short of buffet and other transonic problems, without suffering the endurance, stowage or other limitations of a supersonic aircraft. More important for a fighter that may have to attack targets faster than itself, the radar collision weapons have adequate all round scan due to their situation on the tips of an unswept wing.

“Furthermore, the Canberra has sufficient endurance for a standing patrol, or to take full advantage of Advanced Early Warning. Operational flexibility is far greater than on other fighters, due to the ability to operate off small air-strips and to disperse rapidly to different parts of the world. Much higher interceptions can be made, particularly with the Napier rocket motor installation and the later marks of Avon engine.

“It is therefore suggested that this may be the only way to get sufficient aircraft fully cleared into operational service with this system within the time and expenditure available. This is due to the main components of the aircraft being already in large-scale production.”

The P.12 fighter retained the Canberra Mk.8 pilot canopy with accommodation being provided for a radar operator within the fuselage. The AI.18 scanner was carried in a de Havilland modification kit and the Mk.8 cannon installation could be removed and replaced with Red Dean or a Napier rocket motor installation although “this is not recommended for intercepting targets well below 50,000ft”.

The Mk.9 high-altitude wing and power control ailerons fitted and large access doors would be placed in the trailing portion of the centre section for the installation of a 4kW generator. The leading edge centre section would be modified to accommodate an additional cold air unit. The Red Deans would be carried on modified wingtips.

Ten different Canberra airframes were listed as already being involved in trials of various components and one of them, WD956, was used for firing trials using Red Dean prototypes. However, English Electric’s proposal never resulted in a Canberra missile platform and the company remained busy with other work.

Cold War Interceptor is published by Mortons Books and is available to order here along with many other beautiful aviation books. Save 10% on all books with exclusive promotional code ‘AVGEEK10’! 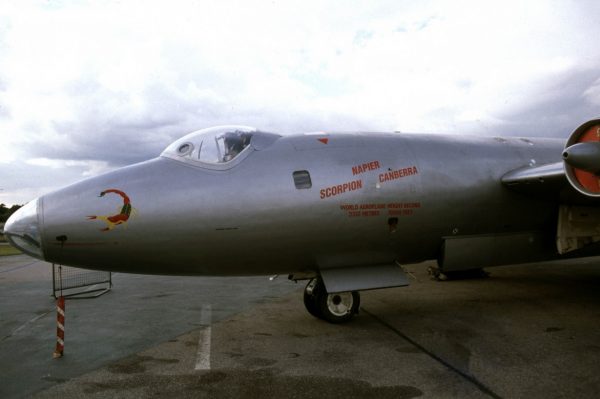 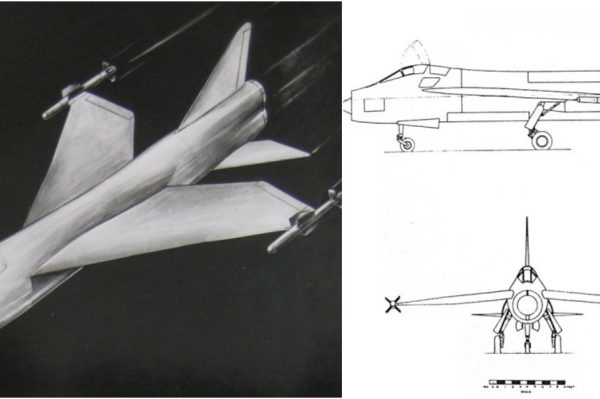 The story of the English Electric P.8, the Super Lightning that never was