Log In Sign Up
Homepage Cold War EraThe story of Roy ‘Outlaw’ Cash, the first US Navy RIO to re-train as a pilot who scored the first MiG kill for the F-4J and VF-33 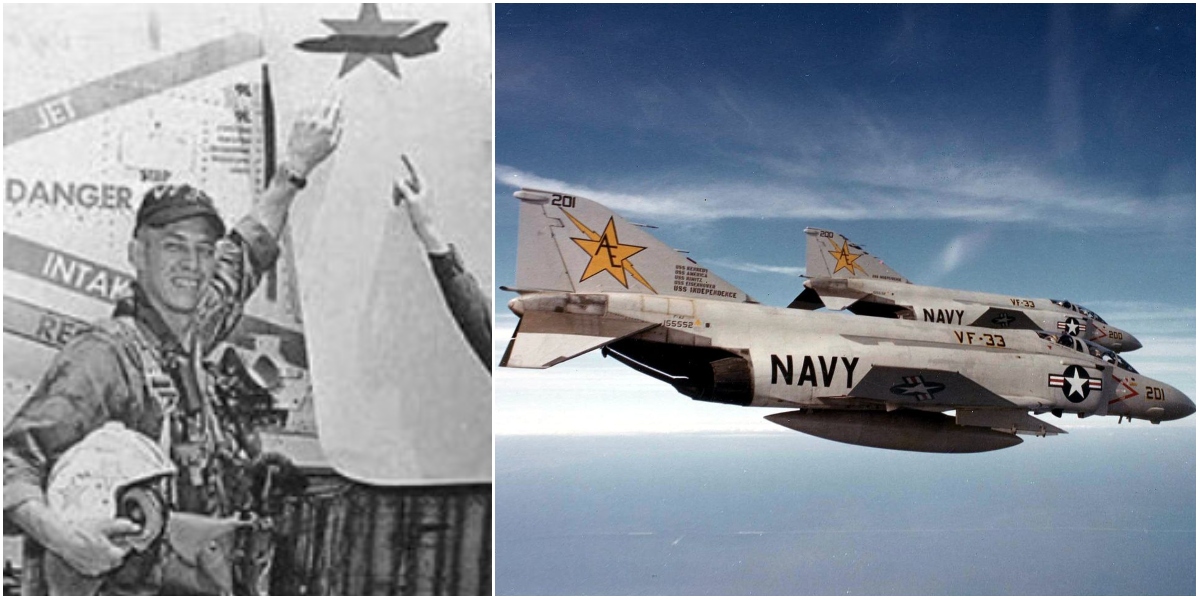 The story of Roy ‘Outlaw’ Cash, the first US Navy RIO to re-train as a pilot who scored the first MiG kill for the F-4J and VF-33

The MiG kill scored by Cash was the last of Rolling Thunder and the first by an East Coast (Atlantic Fleet) carrier.

Built as a high-altitude interceptor, the F-4 (F4H) Phantom II quickly demonstrated that it was a special aircraft, establishing over a dozen world speed, altitude, and time-to-climb records. Unique in that it carried no internal cannon, the F-4 relied on radar-guided missiles for offense and required a Radar Intercept Officer (RIO) to operate its advanced sensors and weapons systems.

As explained by Peter E Davies in his book US Navy F-4 Phantom II Units of the Vietnam War 1964-68, in the F-4B, US Navy pilots received a fighter that had unprecedented thrust, acceleration and weapons capability. As the experience of F-4B squadrons at war became available for study, McDonnell modified the aircraft through the fitment of more powerful J79-GE-10 engines (which also had smoke reduction devices to cut down the F-4’s signature smoke trails that had given it the Vietnamese ‘fly swatter’ (vi ruoi) because of its long ‘handle’ of smoke. This was particularly visible in Vietnam’s humid, hot skies and could only be reduced by using minimum afterburner) and stabilators with slotted leading edges, the latter increasing control effectiveness on launch and recovery by creating greater rotational forces.

The result of these modifications was the F-4J that also featured significantly better avionics, at the heart of which was the Westinghouse AN/AWG-10 pulse-Doppler fire-control system. This included an AN/APG-59 radar for much-improved target engagement, particularly at low altitudes. The fighter also boasted an AJB-7 bombing system linked to an AN/ASQ-91 weapons release computer for greater accuracy.

In February 1967 VF-41 and VF-84 became the first squadrons to operate and later deploy the F-4J. VF-33 ‘Tarsiers’ and VF-102 ‘Diamondbacks’, assigned to CVW-6, gave the type its combat debut during America’s April-December 1968 TF 77 cruise, having received their first examples (lacking AWG-10s) in October 1967. The two squadrons deployed onboard the carrier in January 1968 and them sailed with it to the Atlantic Fleet Weapons Range, where the emphasis was on ground attack techniques with bombs, napalm, rockets and flares. They then made a brief Caribbean cruise, by which time the units had received 13 more recently built F-4Js that were fully equipped with AWG-10 systems and ECM, before departing for Southeast Asia on Apr. 10 via Rio de Janeiro.

The first MiG kill for the F-4J and VF-33 (and the last of Rolling Thunder) occurred on Jul. 10. It was also the first MiG kill by an East Coast (Atlantic Fleet) carrier. There would be no more Phantom II aerial combat successes for 18 months. Lt Roy Cash had set a precedent in the F-4 community by being the first RIO to re-train as a pilot. Within a few years the status of RIOs would increase to the point where Fred Staudenmayer, VF-33 back-seater, became the squadron’s commander.

‘Charlie and I launched mid-afternoon and we soon determined that his radar was marginal to non-existent, so it was agreed that if we took a vector for bandits I would assume the lead. About one hour into the flight our controller [“Raider- onboard the destroyer USS Horne (DLG-30)] called us over “Cipher” frequency to alert us to impending MiG activity. The MiGs tactics at this point in the war were to dash in over the “no bomb” line, shoot the A-7As [Cash and Wilson were CAPping a US Navy A-7A Corsair II strike near Vinh] and retreat north before fighters could be vectored for them.’

The ‘Rootbeer’ pair jettisoned their centreline fuel tanks, engaged exhaust smoke reduction and flew at 1500 Ft along a ridge of hills until Kain picked up bandits in pulse-Doppler radar mode at a distance of more than 30 miles. He locked the radar on to two MiG-21s at 18 miles as they flew 3500 ft above the F-4Js. With clearance to fire, Cash released two AIM-7Es at five miles’ range and they tracked well, but the MiGs were in an orbit, turning across the missiles’ trajectory and the Sparrows exploded 100 yards from the target. The MiG pilots, apparently denied their normally comprehensive ground control and warnings because of effective US communications jamming, quickly worked out the direction of the F-4Js’ attack and turned towards them, closing to gun range.

‘I switched to heat and fired off an AIM-9G Sidewinder’, Roy Cash explained, ‘but the aspect was more than 90 degrees off at less than 1000 ft so it missed. However, it scared him so badly he continued his descending right break, hit the deck and headed north out of the fight’. The ‘Tarsiers’ crews were then warned of two more MIG-21s approaching them just as Cash turned in behind the leading MiG of the original pair they had engaged. ‘I quickly attained the “six o’clock” at about 1500 yards and fired an AIM-9G. I watched it guide and impact the tail area of the MiG, blowing the empennage completely off.’ On return to America Cash ‘performed the best rendition of a victory roll I could imagine’, and he also kept his promise to give tip smoking from then on. 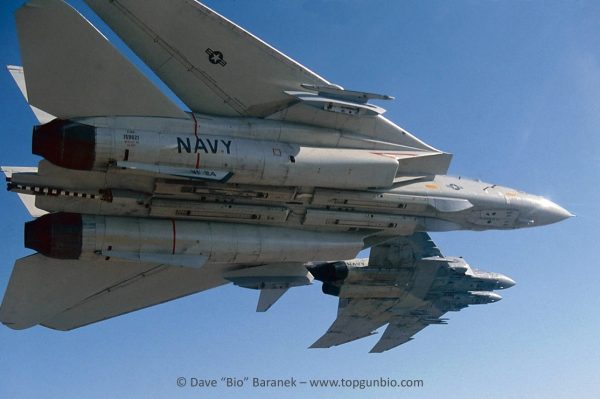