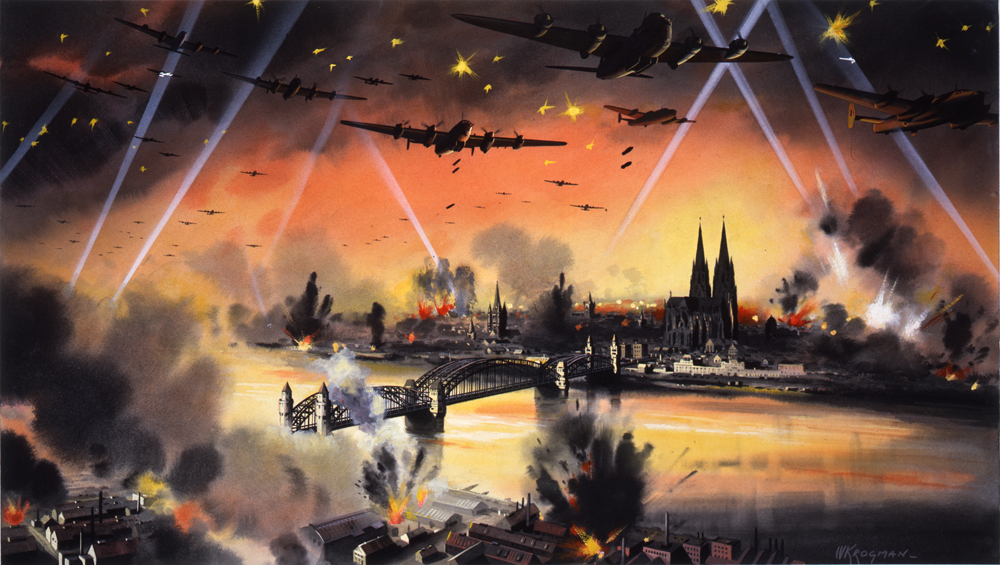 Although there was heavy rain in England, the weather conditions over Germany were ideal on the night of 30/31 May, 1942 and a total of 1047 bombers participated in an attack on Köln.

Harris, was determined to increase the momentum of the bomber campaign against Germany and planned to put 1000 aircraft over a single target on a single night. As explained by Michael Napier in his book Vickers Wellington Units of Bomber Command, at the time the most that Bomber Command had managed on any night was less than 300, so a massive effort would be needed to carry out the ‘thousand plan’, which had been code‐named Operation Millennium. Each squadron readied the maximum number of aircraft for operations, and the OTUs (Operational Training Units) were also tasked with providing as many bombers as possible.

Although there was heavy rain in England, the weather conditions over Germany were ideal on the night of 30/31 May, 1942 and a total of 1047 bombers participated in an attack on Köln. The majority of them were Wellingtons, with more than 600 targeting Köln that night, and 228 of the bombers were from the OTUs. Many of the Wellington squadrons launched impressive numbers of aircraft – No 12 Sqn sent 28 Wellingtons, the largest number ever sortied by the squadron, No 75 (NZ) Sqn fielded 23 aircraft, No 142 Sqn 22 aircraft and No 57 Sqn 20 aircraft. The bomber stream routed via Cromer and Dunkirk to the target and returned by way of Vlissingen and Aldeburgh.

The operations diary for No 103 Sqn, which sent 19 Wellingtons, recorded that ‘visibility was good over route and target area, slight cloud only with a bright moon on trip – aircraft had no difficulty in identifying the target, and little or no flak was encountered’. The River Rhine, the cathedral and the bridges could easily be seen in the light of the moon and fires.

The aircraft were loaded with a mix of HE and incendiaries, with the former intended to blow the roofs off buildings so that the incendiaries could fall inside and light fires. In all, 868 aircraft (496 of which were Wellingtons) managed to attack the target successfully. Most Wellingtons attacked from between 12,000–14,000 ft. One No 9 Sqn crew reported that the ‘whole town was ablaze at 0115 hrs and fires were visible 100 miles after leaving. Fires visible from the Dutch coast from 10,000 ft on return’. Although the vast number of bombers all but overwhelmed the German defences, 29 Wellingtons failed to return from the raid. One anonymous crew was intercepted at 17,000 ft ten miles south of Eindhoven on the return leg. They described seeing ‘an ME 110 carrying no lights, travelling on a reciprocal course, slightly below, to port, at a distance of approximately 200 yards. There was no searchlight or flak activity at the time and IFF had not been used. Although our aircraft took normal evasive action, altering course 30° to port and starboard alternatively, ME 110 turned and closed in to attack from the starboard quarter at same height. Our rear gunner, Sgt Dent, fired one seven‐second burst at 400 yards range and enemy aircraft dived and was lost sight of temporarily.

‘Five minutes later ME 110 appeared once again on the starboard quarter and attacked our aircraft, closing in from 300 yards range, firing three short bursts of both machine gun and cannon. Our rear gunner replied and claims, in which he is supported by the second pilot, to have secured “belly” hits at 80 yards range. Enemy aircraft dived from view and was not seen again. At this moment our aircraft went into an evasive dive from 17,000 ft to 12,000 ft so the enemy aircraft was not seen to crash, but it was probably damaged or destroyed.’

That night the losses included a number of OTU crews and personnel drafted in from other units to make up the numbers, including Plt Off D. M. Johnson (T2894) who had been temporarily attached to No 75 (NZ) Sqn from the Central Gunnery School at Sutton Bridge. Other aircraft were badly damaged, including Plt Off Ravenhill’s X3387 from No 57 Sqn that crashed at Lakenheath on return, but the crew was safe.

Vickers Wellington Units of Bomber Command is published by Osprey Publishing and is available to order here. 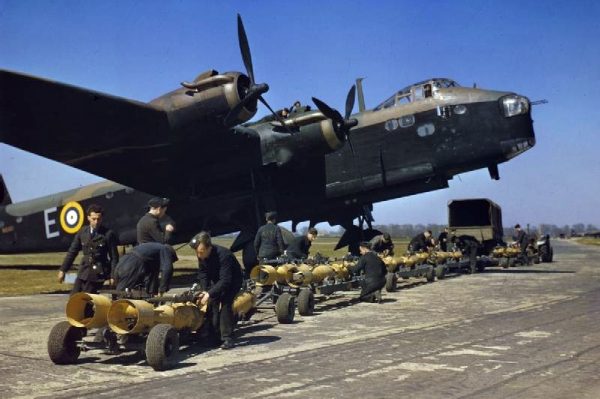 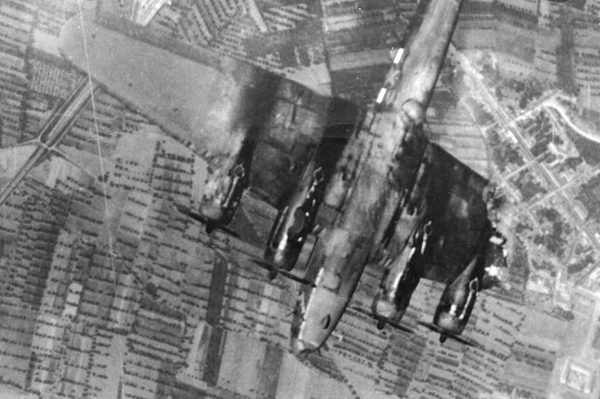 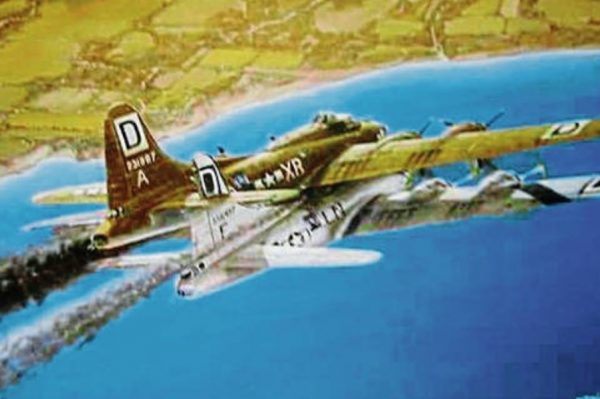