Pilots from No. 26 Squadron strove to improve their skills to a degree where they could outmatch the Israelis, and they were the first to start setting up literal ‘aerial ambushes’

One of the most successful Egyptian Air Force (EAF) units of the October 1973 War was No. 26 Squadron, established in autumn 1967. Studying the IDF/AF was once strictly forbidden within the Egyptian military. Subsequently, studies of the Israeli military were positively encouraged. So it was that the Egyptians learned about No. 101 Squadron, IDF/AF (apparently from specialised international literature), including the rumour that this unit was crewed only by the ‘absolute elite’ of Israeli pilots, none of who should had fewer than five kills. As explained by Tom Cooper and David Nicolle, with Lon Nordeen, Patricia Salti and Martin Smisek in their book Arab MiGs, Volume 6, some of the pilots from No. 26 Squadron suggested the creation of a similar, ‘elite fighter-interceptor unit’ in Egypt. The idea was discouraged by successive C-in-Cs of the UARAF (United Arab Republic Air Force, designation of Egyptian and Syrian air forces between 1958 and 1962, and of the Egyptian Air Force until 1969) , starting with AM Madkoor Abu al-Ezz and especially AM Shalaby el-Hinnawy. Nevertheless, pilots from No. 26 Squadron strove to improve their skills to a degree where they could outmatch the Israelis, and they were the first to start setting up literal `aerial ambushes’. During their first such operation, Fawzy Salama, Reda el-Iraqi, and Ahmed Anwar claimed three Mirages as shot down on Oct. 23, 1968.

Based at Inchas during the War of Attrition, No. 26 Squadron was the unit with the highest number of combat engagements in 1969 and 1970, and its MiG-21F-13s earned themselves the reputation as the ‘best dogfighters’ in the entire air arm. Before long, pilots of this unit introduced the practice of applying kill markings on their aircraft, and by 1973 they had also applied unit insignia – a black raven with a white ’26’ on at least two of their MiG-21s.

The reasons for the MiG-21F-13’s greater effectiveness in air combat in comparison with later variants were manifold. Most pilots flying the earlier variant were highly experienced veterans of the June 1967 War; their aircraft was lighter and thus more manoeuvrable in comparison with subsequent variants. Moreover, while MiG-21MF units had a dual role and dedicated much of their training to ground attack, the MiG-21F-13 pilots carefully honed their skills in air combat and gunnery only, and their single 30mm cannon with 60 rounds packed a more powerful punch than the 23mm GSh-23 installed in the MiG-21MF. Meanwhile, younger pilots flying MiG-21MFs showed greater dependence on the almost useless R-3S missiles. Indeed, while completely ignored by most foreign observers, or explained away as a facet of the supposed incompetence of Arab pilots in general, problems with air-to-air missiles were one of major reasons for the poor overall effectiveness of the MiG-21 (and the relatively low Israeli losses in air combats) during the October 1973 War. The affair reached such proportions that even the specialist Western press got wind of it. Robert Hotz in fact says in Aviation Week & Space Technology’s Special Issue, Both Sides of the Suez, Airpower in the Middle East, 1975:

“The main problem of Arab pilots was the ineffectiveness of their Soviet-built Atoll missile, primarily in locking on to the target. The Atoll is roughly compatible to the early model Sidewinders in performance and provides the pilot with an aural buzz when the infrared seeker head locks on to an aircraft tailpipe. Many Egyptian pilots particularly who flew far better than in any previous air combat, simply could not get an Atoll target lock-on buzz when they were in firing position…”

In comparison, armed with Israeli-made Shafrir Mk 2s, and US-made AIM-9Ds and AIM-9Gs, Israeli F-4Es, Mirage IIICJs and Mirage 5Js had it comparatively easy to achieve lock-ons against Arab fighters, even from high off-boresight angles and under severe stress from acceleration forces. The October 1973 War thus became the first conflict during which the technological advantage of Western-made weapons began to show. In their arrogance and ignorance of Arab complaints, and due to a lack of their own combat experience, it would take the Soviets nearly 10 more years to understand this problem: it is doubtful they ever accepted it as a matter of fact. 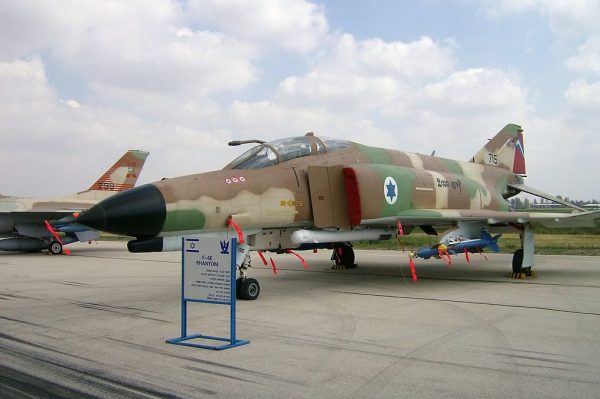