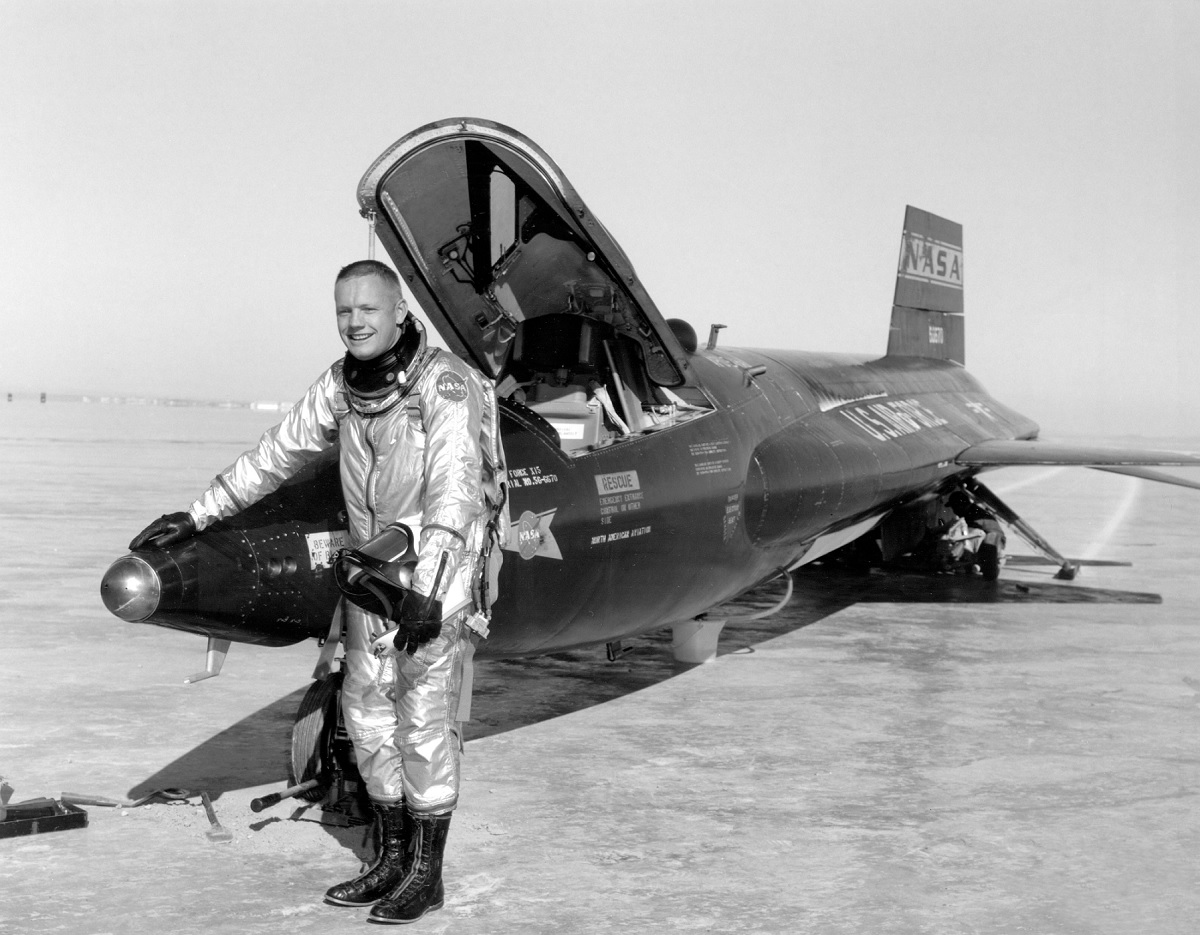 Neil Armstrong inadvertently pulled too high an angle of attack during pullout. The X-15 flight path took a bounce in the atmosphere, and he overshot the Edwards Air Force Base, heading south at Mach 3 and at 100,000 feet.

Neil Armstrong, by virtue of being the first man to step foot on the moon, is known and respected worldwide.

As explained by John Anderson and Richard Passman in their book X-15 the World’s Fastest Rocket Plane and the Pilots who Ushered in the Space Age, Armstrong was in many ways an anomaly among the X-15 test pilots. Following in the steps Of Rob Rushworth, who flew the X-15 a total of thirty-four times, seventh X-15 pilot Armstrong made only seven flights in the airplane. Like Scott Crossfield, Neil Armstrong was first and foremost an aeronautical engineer. Even when he was working with NASA as a test pilot, he was known as one of their best engineering minds.

Armstrong’s first flight in the X-15, the usual pilot-familiarization flight, took place on Nov. 30, 1960, when he reached Mach 1.75 and an altitude of 48,840 feet. The upper No. 3 chamber of the rocket engine did not start, and the readout of inertial altitudes was incorrect. His second flight came nine days later, when he evaluated a new ball nose for the airplane and measured stability and control data. His third flight was not until almost a year later, on Dec. 20, 1961, when he carried out the checkout flight of the No. 3 airplane.

On Apr. 20, 1962, Armstrong carried out the longest flight of the X-15 program, a duration of 12 minutes and 28 seconds. On this same flight, he achieved his highest altitude, 207,500 feet. On his return, Armstrong inadvertently pulled too high an angle of attack during pullout. The flight path took a bounce in the atmosphere, and he overshot the Edwards Air Force Base, heading south at Mach 3 and at 100,000 feet. He was able to turn hack while over the Rose Bowl in Pasadena. Almost out of kinetic and potential energy, he was just barely able to reach the south end of Rogers Dry Lake at Edwards.

‘On Friday, April 20, 1962, Armstrong zoomed up to 207,500 feet in the X-15, as high as he’d go until his Gemini 8 mission would quadruple that four years later. Well outside the atmosphere, he used the reaction control system to maneuver. Another job on this flight was to check out the MH-96, a G limiting device designed to keep the rocket plane from exceeding 5 Gs. He kept the nose up as he plummeted from his peak altitude, which caused his flight path to “balloon,” or rise again, producing about 4 Gs. This ballooning continued as he waited to see the G limiter kick in, which it never did. It turned out that the real flight was not agreeing with simulations he’d done on the ground. All the while, he was cruising along at the rate of ten football fields a second toward Los Angeles, and still up around 140,000 feet. Soon he heard the main flight control center telling him as they watched his telemetry, “We show you ballooning, not turning. Hard left turn, Neil! Hard left turn!” By then, Armstrong had, in his own words, gone “sailing merrily by the field.”’

Armstrong’s fastest flight in the X-15 was on Jul. 26, 1962, when he achieved Mach 5.74. This was also his last flight in the airplane, because on Sep. 13 he was selected for the Astronaut Corp by NASA, making him at that time the only civilian pilot in the astronaut program. With that, Armstrong’s career took a dramatic turn, culminating in his steps on the moon. The date was Jul. 20, 1969, less than a year after the X-15 program came to an end. 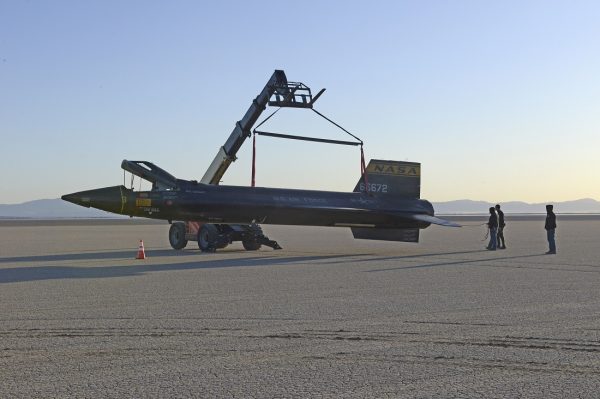 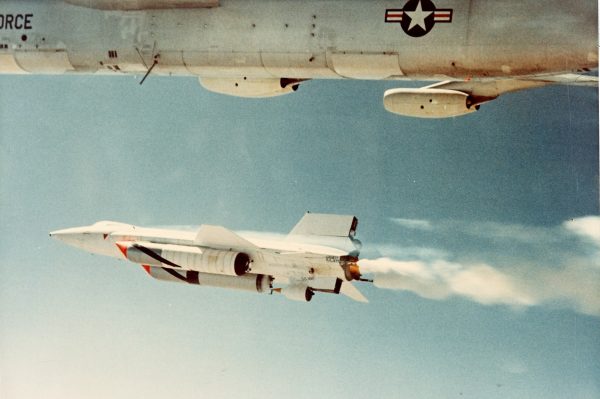 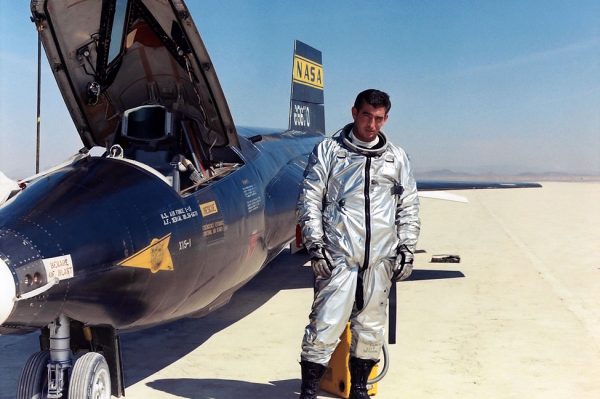