Log In Sign Up
Homepage Civil AviationThe story of Mathias Rust, the German teenager who humiliated the Soviet War Machine by landing his Cessna 172 in Moscow’s Red Square 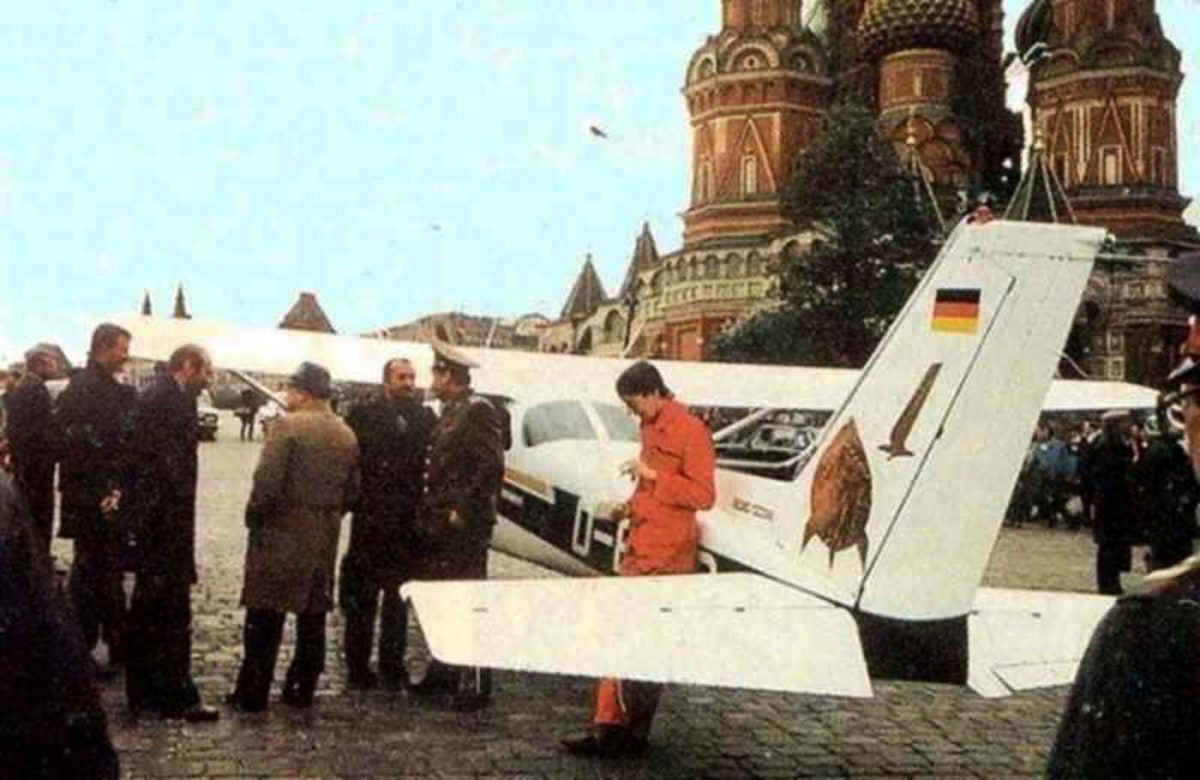 On May 28, 1987, West German Private Pilot Mathias Rust managed to make international headlines by flying his Reims Cessna 172P from Helsinki Finland to a spectacular landing in Moscow’s Red Square. His flight was both an amazing achievement, and an immense humiliation to the Soviet War Machine. Indeed, Gorbachev would attempt to use the fallout from this event to purge anti Glasnost and Perestroika elements from the Soviet Military. His success may be gauged by the Anti-Glasnost Coup of August 1991, which in its own way was a last-ditch effort by the Old Guard of the Communist Party of the Soviet Union to maintain the old order.

The fact a Western Sport pilot could sneak into the Soviet Union and land in front of the Kremlin at the very heart of the Soviet Empire resonated far beyond Soviet Borders. All the Billions of Rubles spent on Soviet Air Defenses, and the very existence of the Soviet Air Defense Forces (PVO) appeared to be a gigantic waste of money. After all, how could the Soviet Military defend the Rodina (Motherland) from Western Air Attack if they couldn’t even stop a 50-hour Private Pilot in the world’s most common light aircraft? However, the events of that flight showed both a liberalizing trend within the Soviet System, and a mishmash of command-and-control miss-coordination which resulted in Rust’s Cessna being allowed to continue flying all the way to the heart of the Soviet Empire.

‘Rust, aged 18, was an inexperienced pilot, with about 50 hours of flying experience at the time of his flight. On 13 May 1987, Rust left Uetersen near Hamburg and his home town Wedel in his rented Reims Cessna F172P, registration D-ECJB, which was modified by removing some of the seats and replacing them with auxiliary fuel tanks. He spent the next two weeks travelling across northern Europe, visiting the Faroe Islands, spending a week in Iceland, and then visiting Bergen on his way back. He was later quoted as saying that he had the idea of attempting to reach Moscow even before the departure, and he saw the trip to Iceland (where he visited Hofdi House, the site of unsuccessful talks between the United States and the Soviet Union in October 1986) as a way to test his piloting skills.’

Thus, a newly licensed 18-year-old Aviator decided on the ultimate stunt. Rather than pushing limits with aerobatics, low flying, water skiing wheels on water, or buzzing, Rust would continue a long tradition of Stupid Pilot tricks by young, low-time pilots by flying into the Soviet Union in the name of World Peace. Taking off from Helsinki, he continued eastbound, crossing the Soviet Frontier over Estonia, close to Russian Oblast of Pskov.

The city of Pskov has resonated throughout Russian History, as the scene of a Big Battle led by Alexander Nevsky against the Tueutonic Knights, an event made famous by Soviet Director Sergei Eisenstein’s classic Propaganda Film Alexander Nevsky. Ironically enough, the film was meant to stir up Anti-German War feelings among the Soviet Population, but was thence suppressed when Stalin aligned with Nazi Germany before the Invasion of Poland until Hitler’s Double Cross Invasion Operation Barbarossa. American Author Tom Clancy would write of Soviet Pre WW3 Anti-German Propaganda efforts when they broadcast the film in his Novel Red Storm Rising, released the year before in 1986. Pskov was the home of the 76th Guards Air Rifle Division, which was used to take Iceland from NATO at the beginning of this fictitious conflict.

I visited the Russian Poet Pushkin’s estate there, and remember encountering a 76th Guards Air Rifle Division Paratrooper on Sentry Duty near the Cathedral of the Pskov Kremlin, who spoke of parachute jumping being similar to “that feeling you get when you first kiss a girl you love.” The Unit from Clancy’s book stationed in Pskov has subsequently become an Air Assault Division after long service in Chechnya. It is currently embroiled in the Ukraine Conflict, operating in Eastern Ukraine as an elite formation within Russian Invasion forces there.

Rust was first spotted on radar at 1429 hours local time, and was tracked by THREE Different Surface to Air Missile Batteries which were never given permission to engage. A Newsweek article of the time cited Soviet Air Defense Generals arguing whether he was a flock of migratory geese, with nobody quite figuring out why said geese were flying eastbound. A Soviet MiG-23 interceptor spotted Rust’s White Cessna over the city of Gdov at 1448. He too was denied permission to engage. It should be noted that the PVO had recently been reorganized into different regions, and mis-coordination among handoffs between regions hampered their response. It should also be noted that Rust was fortunate that the Soviet Air Defense Posture was not where it was at the height of the Cold War, or else his attempt would have had a similar outcome to prior incursions of Soviet Airspace during the deepest, darkest days of the Cold War.

On it went, Rust continuing to fly eastbound, disappearing from radar in what one publication speculated was a temporary landing where he changed clothes before taking off again and continuing Eastbound. The Comedy of Errors among the Soviet Air Defense System continued, with Rust’s Cessna being mistaken for training traffic, a rogue Soviet light aircraft, and helicopters on various Search and Rescue missions. At 1900 Moscow Time, Rust arrived over Moscow. He decided against landing within the Kremlin, lest he “disappeared” by the KGB, instead he attempted to land in Red Square, managing to dodge the many pedestrians there to land on a bridge close to the Iconic St. Basil’s Cathedral. His landing area was fortunately clear of the trolly bus wires normal strung overhead, and made a successful end to his amazing flight possible.

Gorbachev used the resulting fallout to implement the largest purge of Soviet Military Leadership since Stalin’s Purges of the late 1930s. The flight was indeed a comedy of errors on the Soviet Side, but anyone who has ever seen actual Radar in action knows that radar target acquisition is impacted by a variety of factors, electromagnetic, weather, and target aspect. Radar Blips are not as clear as in the movies, and it is a constant challenge for even Civilian Air Traffic Controllers to monitor traffic in a 3D environment using 2D screens with the situational awareness limitations noted above.

Thus, the failure of the Soviet Air Defense System to shoot him down was more on a command level than an operational issue, but Gorbachev was able to use the PVO’s failure to implement his purge of political opponents. After his landing in Red Square, Muscovites joked the place was now Sheremetyevo 3, as Sheremetyevo 1 and 2 Airports are still Moscow’s primary international airports. For the Soviets Rust’s flight would set in motion a chain of events which eventually led to the fall of the Berlin Wall, and the Collapse of the Soviet Union itself.

Mathias Rust’s life thereafter hasn’t been as smooth as his fortunate flight proved to be. Rust would be held at Lefortovo Prison for several months of a 4-year sentence, only to be released by Gorbachev in a goodwill gesture thereafter. Arrested for stabbing a female who rejected his advances, he spent several years in Prison, before disappearing into relative Oblivion and resurfacing as various reincarnations of his former self, as a Peace Advocate, Professional Poker Player, and analyst for an Investment Bank.

Despite all these subsequent events, Rust will always be remembered in Aviation History for his bold penetration of the most comprehensive Air Defense System in the World with a Cessna 172. 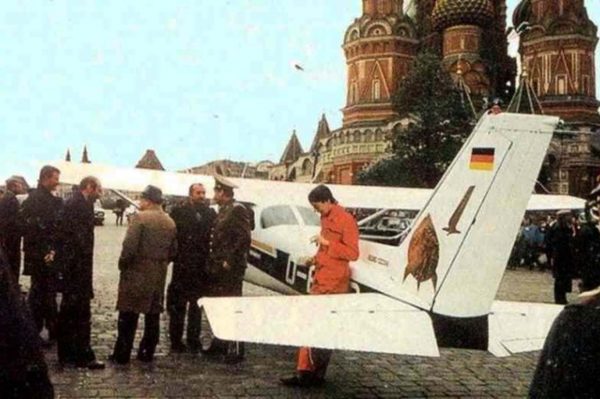 The story of Mathias Rust, the German teenager who landed his Cessna in Red Square 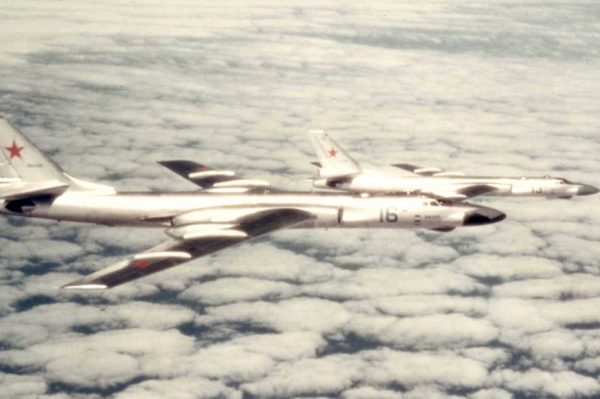 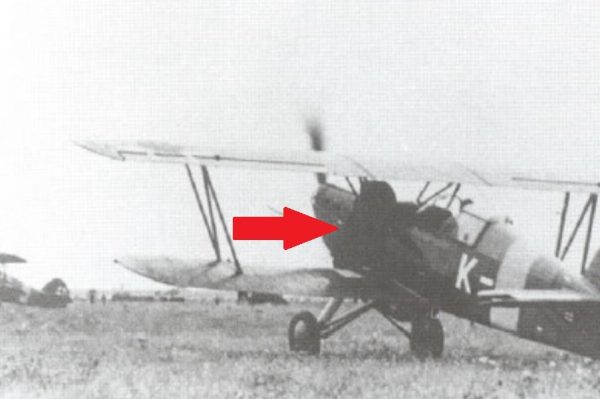