Log In Sign Up
Homepage Aviation HistoryThe story of Major George E. Preddy, the most successful P-51 Mustang Pilot of all time that was Killed In Action in a Tragic Case of Friendly Fire on Christmas Day 1944 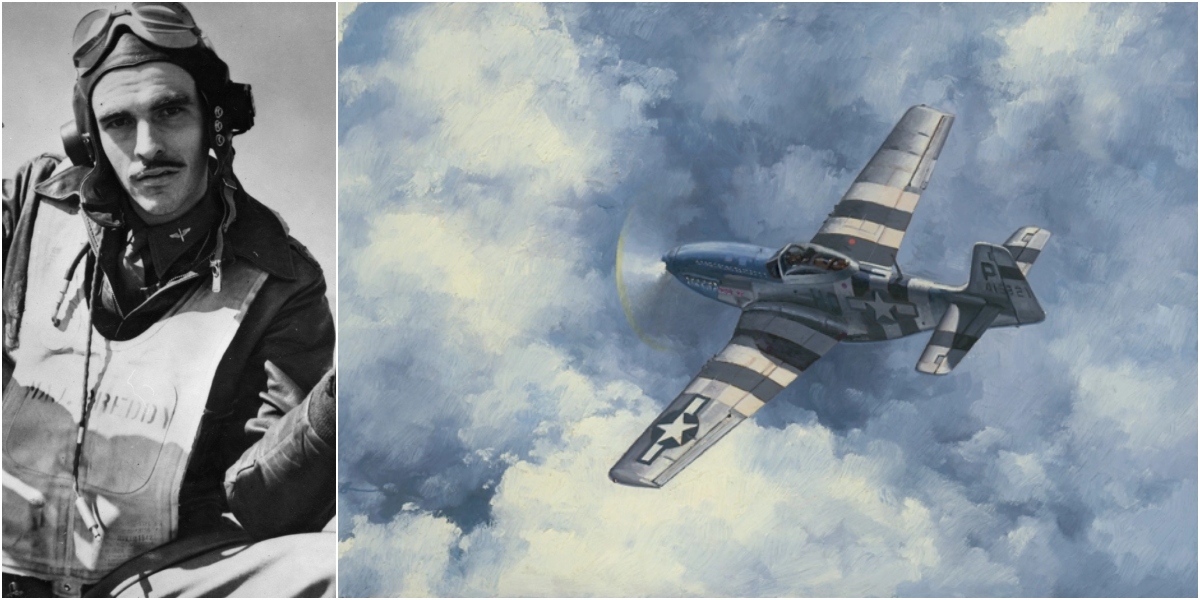 The story of Major George E. Preddy, the most successful P-51 Mustang Pilot of all time that was Killed In Action in a Tragic Case of Friendly Fire on Christmas Day 1944

With a final official score of 26.833 aerial victories, Major George E. Preddy remains the most successful P-51 Mustang pilot of all time.

The awesome artwork in this post was painted by Wade Meyers (be sure to visit his site to see his beautiful paintings) and shows 25-year-old Major George E. Preddy, Jr. cruising just over the clouds in his CRIPES A’ MIGHTY 3rd, circa late June 1944.

Preddy, a native of Greensboro, North Carolina, first flew in the South Pacific area of operations before returning to the US and eventual assignment to the England-bound 352nd Fighter Group.

Preddy thrived with the “Bluenosers” while flying the P-47 and P-51. While slight of build, his experience, example, and leadership commanded respect from his fellow pilots, including his legendary squadron commander, Lt. Col. John C. Meyer, who later rose to four-star rank as commander of the Strategic Air Command. Meyer, himself a 26-victory WWII ace, said of his friend, “George Preddy was the greatest fighter pilot who ever squinted through a gunsight; he was the complete fighter pilot.”

Soon after downing six Bf 109s in one mission on August 6th, an action for which he received the Distinguished Service Cross, George returned to the US for home leave until mid-October. Returning to the Bluenosers, Preddy was hand-picked to assume command of the 328th Fighter Squadron, which had a bit of a morale problem since they were the lowest-scoring squadron in the 352nd and couldn’t seem to find a groove. Preddy didn’t say too much to his new squadron other than a short talk to clarify why there were there: “To shoot down the Hun.” Following his lead, the 328th went on to a record-setting run of victories.

Maj. Preddy was killed in action on Christmas Day 1944 in a tragic case of friendly fire. After shooting down two Bf 109s, Preddy was leading two other Mustangs when they were vectored near Liège, where enemy aircraft had been sighted. While chasing a lone Fw 190D at treetop level at high speed in the Hurtgen Forest area, the Mustangs suddenly appeared over a clearing and immediately received intense ground fire from the quad .50s of at least one of the American mobile anti-aircraft gun emplacements in the area. The Mustangs had been assured that all local units had been notified to stand down so their low-level chase of the German fighter could continue. Unfortunately, due to apparent communications difficulties the word was indeed not spread to all the gun crews, and all three P-51s were hit with heavy and accurate fire.

Preddy’s plane was severely damaged and he immediately chandelled sharply up to his left, popped the canopy, and possibly received another accurate burst of ground fire as he pulled up. As the plane rolled inverted and nosed over, Preddy was seen to bail out at just a few hundred feet. Due to the low altitude, injury, equipment malfunction or some combination of the three, his chute did not open in time.

With a final official score of 26.833 aerial victories (23 1/3 in the Mustang, plus 3 Probables and 4 Damaged, with 5 destroyed on the ground), Preddy remains the most successful P-51 pilot of all time. His decorations include the Distinguished Service Cross (now Air Force Cross), Distinguished Flying Cross with 8 Oak Leaf Clusters (OLC), Silver Star with OLC, Air Medal with 7 OLCs, Purple Heart, and Belgian Croix de Guerre. 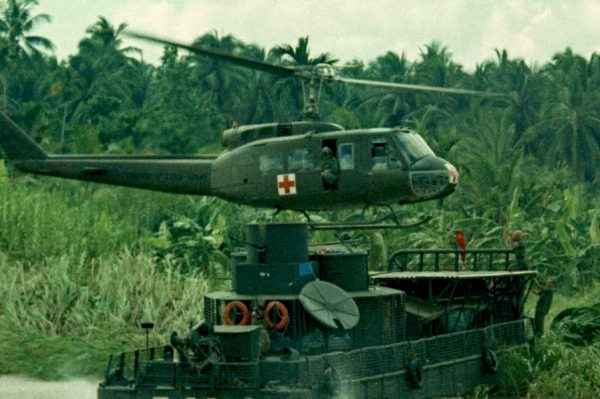 The White House announces four new recipients of Medal of Honor. A Medevac crew chief is among them. 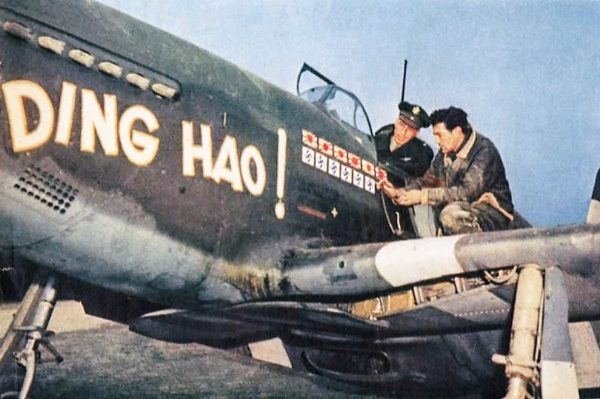