Log In Sign Up
Homepage Aviation HistoryThe Story of James P. Muri, the B-26 pilot who buzzed the flight deck of Japanese Aircraft Carrier Akagi during the Battle of Midway to save his crew 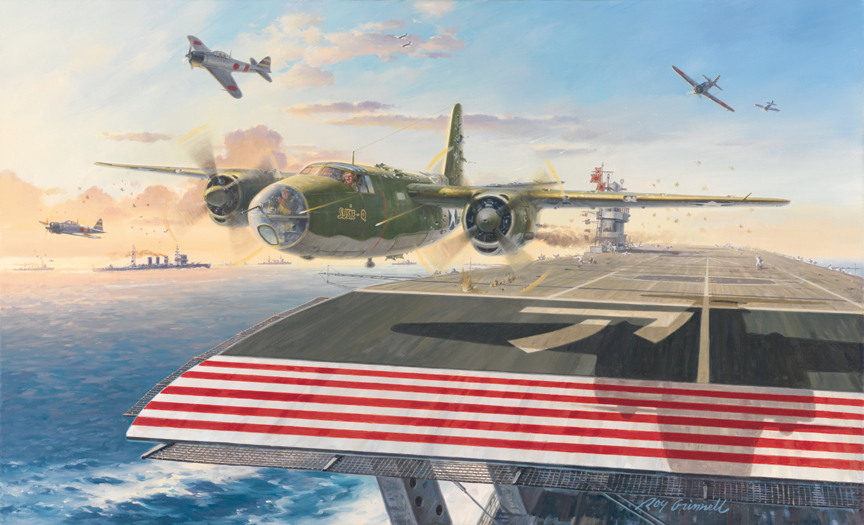 Muri’s bomber was struck and three crewmen were wounded, but he launched a torpedo at the aircraft carrier Akagi and then he flew his craft across the ship in an attempt to escape the gantlet of fire unleashed by the enemy surface fleet and swarming Zero fighters.

Jun. 4, 1942, 7:10 a.m., 150 miles northwest of Midway Atoll . . . Moments after releasing a torpedo at the Japanese carrier Akagi, the B-26 Marauder “Susie-Q” thunders down the carrier’s flight deck, nearly grazing the bridge.

On that day, Lt. James P. Muri, of the Army Air Force’s 22nd Bomb Group, piloted one of four B-26 bombers that took off from Midway Island to attack a Japanese fleet planning to invade the U.S. outpost about 1,100 miles northwest of Hawaii.

Japanese fighter planes shot the bombers with machine guns and cannons. Muri’s bomber was struck and three crewmen were wounded, but he launched a torpedo at the aircraft carrier Akagi and then, as shown by the beautiful artwork (titled “A Shot Across the Bow” and drawn by aviation artist Roy Grinnell) in this article, he flew his craft across the ship in an attempt to escape the gantlet of fire unleashed by the enemy surface fleet and swarming Zero fighters.

According to Fox News, Muri flew lower than treetop level above the deck of the massive ship, reasoning that skimming the flight deck gave him the best chance to survive.

After the plane crash-landed on Midway Island, officials counted more than 500 bullet holes in the bomber, the Billings Gazette reported.

The dramatic torpedo attack by Army B-26 Marauders of the 22nd and 38th Bomb Groups and the Navy TBF Avengers of Torpedo Squadron 8 forced Japanese Admiral Nagumo to alter his battle plan, a decision that set the stage for the incredible American victory at the Battle of Midway.

Muri and his crew were awarded the Distinguished Service Cross and Singer and radio host Lonnie Bell paid tribute to the feat in his song “Midway,” which he wrote in 1976.

In 2003, Muri received the Jimmy Doolittle Award for outstanding service to the U.S. Army Air Corps in a ceremony in Washington, D.C.

Muri, who saved his crippled B-26 bomber and crew by buzzing the flight deck of the Japanese aircraft carrier Akagi, died on Feb. 3, 2013.

The aircraft flown by Muri during his heroic mission was the Martin B-26 Marauder, a twin-engine light bomber, entered U.S. Army Air Forces service in 1941.

The B-26 began flying combat missions in the Southwest Pacific in the spring of 1942, but most were subsequently assigned to Europe and the Mediterranean.

Bombing from medium altitudes of 10,000 to 15,000 feet, the Marauder had the lowest loss rate of any Allied bomber — less than one-half of one percent. U.S., British, Free French, Australian, South African and Canadian aircrews all flew the B-26 in combat. By the end of World War II, B-26 crews had flown more than 110,000 sorties and had dropped 150,000 tons of bombs.

Prints of this painting, and other fine military artworks and collectibles, can be viewed online and purchased at the Valor Studios website.

Thank you very much to Kent Atwood for having brought to our attention this story. 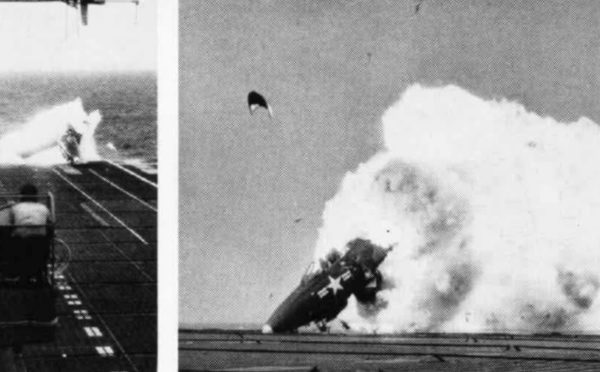 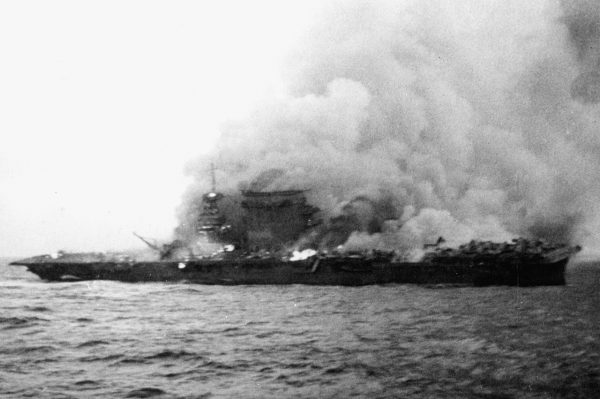 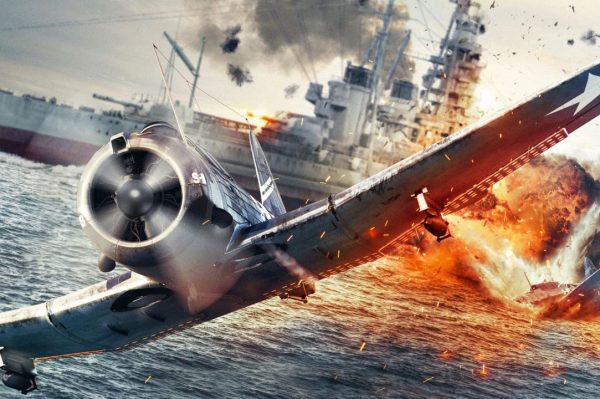