Log In Sign Up
Homepage Aviation HistoryThe Story of Bruce Carr, the P-51D Pilot who left on a mission flying a Mustang and RTB flying a Luftwaffe FW 190 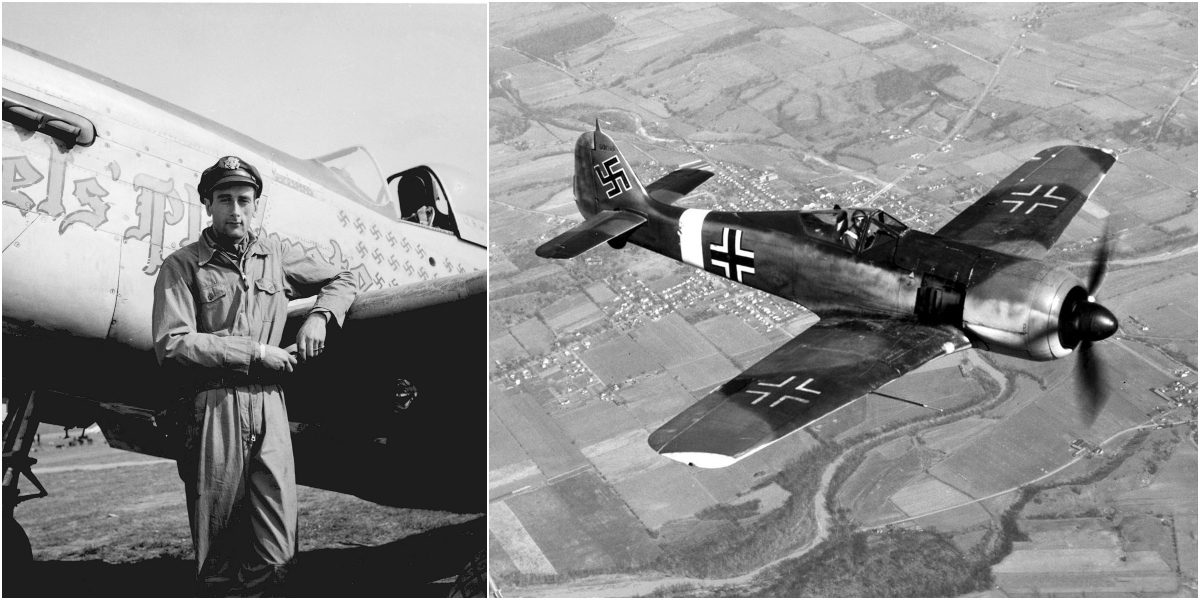 The Story of Bruce Carr, the P-51D Pilot who left on a mission flying a Mustang and RTB flying a Luftwaffe FW 190

Col. Carr didn’t really have time to line up on the runway, he just gunned it across a corner of the field on a path that had him pass between two hangars before he was airborne.

Bruce Carr ended World War II as a lieutenant with 14 victories confirmed and the Distinguished Service Cross. Despite all that, he denies any claim to heroism–a doubtful assertion–but he can’t disclaim his role in a daring experience unique in the history of that war.

‘In October 1944 Colonel Bruce Carr of the USAAF took off on a mission in a 354th Fighter Group P-51D, and was shot down by flak while strafing ground targets over Czechoslovakia,’ remembers Jay Thompson, a pilot and aviation expert on Quora. ‘He landed near a Luftwaffe field with the intent of surrendering to the Luftwaffe troops since they were generally much more friendly to U.S aircrew than were the soldiers of the German army, but it was becoming dark just as he got there and from the trees he watched two mechanics fuel up and then run up a FW 190A-8 and shut it back down again.

‘He decided well, that seemed to be a perfectly good airplane, why not give it a try. Near dawn he snuck out and jumped in the cockpit, and having no knowledge of it he went with the theory that if he kept flipping switches and moving controls to the opposite position of where they currently were, he’d find the starter somehow. And damned if he didn’t, and luckily the FW 190A series included the most advanced throttle system for a WW2 aircraft called the Kommandogerat, where boost pressure, fuel flow, mixture setting, and prop were all controlled with a single lever, making it about the only plane in WW2 that an enemy pilot could steal and manage to get going down a runway with less than 30 minutes of experimentation.

‘Luftwaffe personnel were already coming out to see what was going on, so Col. Carr didn’t really have time to line up on the runway, he just gunned it across a corner of the field on a path that had him pass between two hangars before he was airborne. He was very pleased with himself when he managed to get the gear up.’

‘He then later said that he decided to fly back at treetop height in hopes of not drawing any Allied fighter attention, but said that the choice wasn’t great, because he was convinced that every .50cal M2 machine gun in existence in the 200 miles between that German airfield and his home field had taken shots at him.

‘When he got close to his squadron’s base in France, he decided not to mess around at all and line up with the runway some distance out and fly straight in before anyone could man the AA defenses – at this point in the war the Allies had pretty much total air control and there was almost no threat of German attack.

‘The only problem was that he couldn’t get the landing gear back down. Rather than make himself a target while trying to figure out what the problem was, he decided to just belly land it. And that’s what he did, as American soldiers ran for the quad .50cal guns.

‘Needless to say everyone was very confused when they found (then) Captain Carr sitting in the cockpit. It was an awesome opportunity for a one liner, like “yeah, I never liked the P-51 anyway”, or maybe “you wouldn’t believe what happened in that fight yesterday, but some German is flying my P-51”, but unfortunately he was too exhausted from the adrenalin and just said something to the effect of “**** you, I’m Captain Carr of this goddamned squadron” when the first soldiers arrived and pointed lots of guns at him.

‘Col. Carr later earned the Distinguished Service Cross when he and three other P-51s climbed (very bad idea) into a formation of 60 German fighters, and shot down seven, with Col. Carr being credited with five.’

‘I had the honor of meeting Col. Carr , I think it was 1997 down at Kermit Week’s air museum called Fantasy of Flight in Florida, and he arrived at aged 70 something, flying a P-51D that blew over our heads at about 300kts and 50 feet before breaking into a perfect entry to a final on the runway. We got to then listen to him tell this entire story, and ask him questions afterward.’ 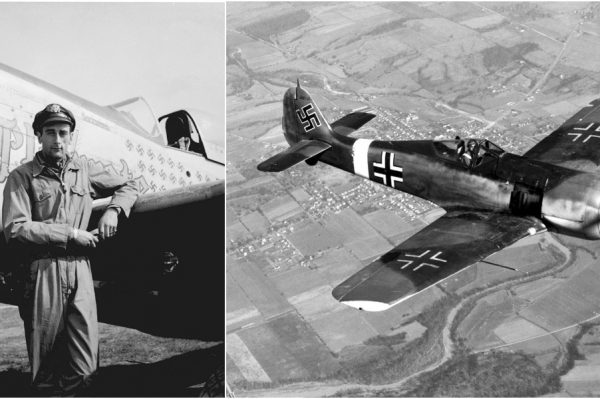 Thanks Luftwaffe: that time a P-51D Pilot left on a mission flying a Mustang and RTB flying a German FW 190

The Greatest Escape (that never happened) — the popular story of how Lt. Carr stole an Fw 190 to fly back to his unit seems too good to be true, and that’s because it isn’t.