Log In Sign Up
Homepage Cold War EraThe story of Adolf Tolkachev, the Phazotron Chief Designer Who Killed Soviet Aircraft Reputation and why the Su-27 proved to be a Poor Air Superiority Fighter in Real Combat 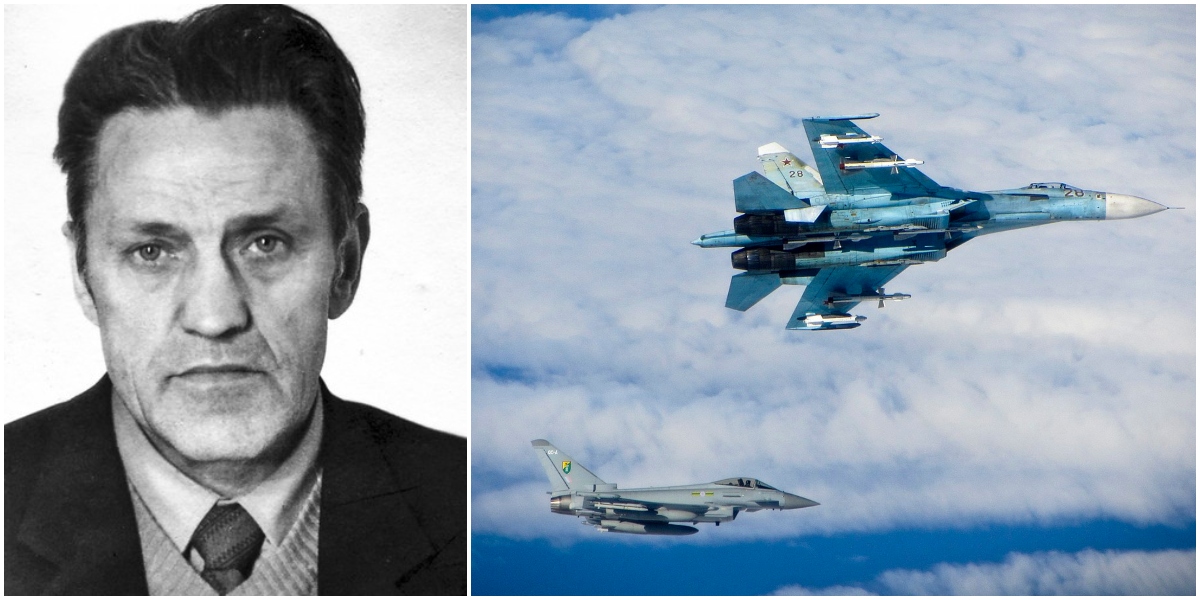 The story of Adolf Tolkachev, the Phazotron Chief Designer Who Killed Soviet Aircraft Reputation and why the Su-27 proved to be a Poor Air Superiority Fighter in Real Combat

In 1979, Adolf Georgievich Tolkachev, an electronics engineer who was working as one of the chief designers at the Phazotron Design Bureau became disappointed by the persecution of his wife’s parents and the communist rule in general.

Amid the general trend of patronising any Arab’ armed forces, and the Iraqi in particular, most publications covering aerial warfare during the Second Persian Gulf War of 1991 overlook a very important ‘espionage’ affair of the late 1970s and early 1980s.

As explained by Tom Cooper in his book In the Claws of the Tomcat, US Navy F-14 Tomcats in Air Combat against Iran and Iraq, 1987-2000, in 1979, Adolf Georgievich Tolkachev, an electronics engineer who was working as one of the chief designers at the Scientific Research Institute of Radar (NIIR or NII Radar, meanwhile better-known as Phazotron Design Bureau) — the Soviet Union’s largest developer of military radars and avionics — became disappointed by the persecution of his wife’s parents and the communist rule in general. Correspondingly, he clandestinely established links to the Central Intelligence Agency (CIA) of the USA in Moscow and began transferring immense volumes of highly classified and extremely sensitive data about the most important radars and weapon systems installed in Soviet-made aircraft.

The amount of materials Tolkachev provided was such that the CIA translators could not keep up with their task: actually, US intelligence was still busy translating and studying the information supplied by him well into the 1990s, years after he was revealed to the Soviets by one of their spies within the US intelligence community, and arrested, sometime in early 1985.

While the CIA never released precise details, the available information emphasised that the intelligence provided by Tolkachev was crucial to the USAF completely redesigning the electronic package for its latest fighter jets in 1979. An internal evaluation by the CIA from March 1980 praised the Russian for providing details of unprecedented quality – and that years before these had entered service. In April 1980, another internal CIA memorandum called his information on jam-proofing tests for Soviet fighter aircraft radar systems ‘unique’: obviously, he provided data that was not obtainable by any other means.

Only a few months later, Tolkachev was credited with, ‘providing an unique information on a new Soviet fighter aircraft, and documents on several new models of airborne missile systems.’ Similarly, a memorandum from the Defence Department from September 1980 praised the impact of Tolkachev’s reporting as, ‘limitless in terms of enhancing US military systems’ effectiveness, and, ‘in the potential of to save lives and equipment…instrumental in shaping the course of billions of dollars of US research and development in activities…’

While Moscow remains zip-lipped about the entire affair to this day, the deduction of related reports is indicative that Tolkachev caused irreparable damage to the Soviet defence sector, and aviation industry in particular.

It is near certain that his treachery played an important role in in enabling the US and allies to defeat the Iraqi Air Force (IrAF) in 1991, too.

Tolkachev betrayed an entire generation of the latest fighter jets including the MiG-29, MiG-31, and Su-27 – and their weapon systems, and thus enabled the development of effective electronic countermeasures against them even before they had entered operational service in the 1980s.

According to Cooper especially ‘the Su-27 proved to be anything else than ‘ideal’ as an air superiority fighter in real combat because of the Tolkachev’s affair.

‘In real combat, decisive factor was the poor cockpit ergonomics and complex avionics, combined with the fact that the aircraft was still depending on ages-old R-27s (yes, these were compromised by Tolkachev, too). Primary issue is nearly always that of actually finding and detecting the target: even a reasonably advanced LD/SD-radar/weapons system (like that on the Su-27) is not ‘always and 100% reliably’ going to detect a ‘target’ moving within its detection & engagement envelope.

‘On the contrary: in the case of such systems like on vanilla Su-27, it’s not going to do that in even 50% of cases. Moreover, even once it detects and tracks a target, there is always the issue of IFF. This remains anything else than ‘100% reliable’. This is why diverse Su-27s over the time became involved in diverse incidents with civilian aircraft, or shoot down wingmen during test-firings, or failed to intercept low-flying MiG-29s etc. One of reasons was how were they used, another was their (poor) cockpit ergonomics. For example: detection of targets depends heavily on the use of the ‘right’ working mode of the radar – which in turn depends on the circumstances in the given moment. On the single-seat Su-27, the pilot had to do all the related decisions on his own, while still flying the aircraft and actually ‘fighting’, too. Well, this proved a nearly impossible task – because of poor cockpit ergonomics (i.e. switching the working modes of the radar wasn’t easy, selecting the necessary range wasn’t easy etc., etc., etc.).

‘– the type never came anywhere near getting a single kill against any Western type of aircraft;

‘– and its most serious test was Ethiopian deployment of Su-27s during the Badme War against Eritrea, fought 1998-2001.’

‘Now, to keep a long story short, the Ethiopians tended to operate their Su-27s in pairs during that war. A Su-27UB crewed by an Ethiopian pilot – often with a Russian advisor in the back seat – was there to control the situation and help and advise the (Ethiopian-crewed) single seater. If a Russian was on board, the Su-27UB was strictly forbidden from going anywhere near the combat zone: it had to stay several dozens of kilometres away from it.

‘But, that was perfectly enough: the battlefields of the Badme War were rather small, and inexperienced Eritreans operated in a predictable way. Thus, two of their MiG-29s got shot down, and the air war was decided, once and for all. Related descriptions are meanwhile available in form of the book Ethiopian-Eritrean Wars, Volume 2.’

‘At least as unsurprising is that after the end of the Badme War, the Ethiopians placed a big follow-up order, though this time they demanded Su-27UBs only… 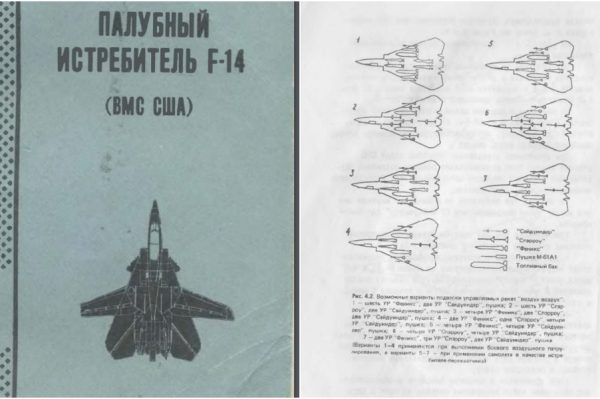 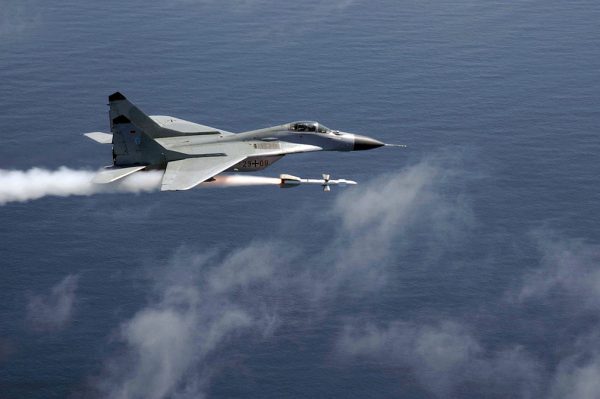 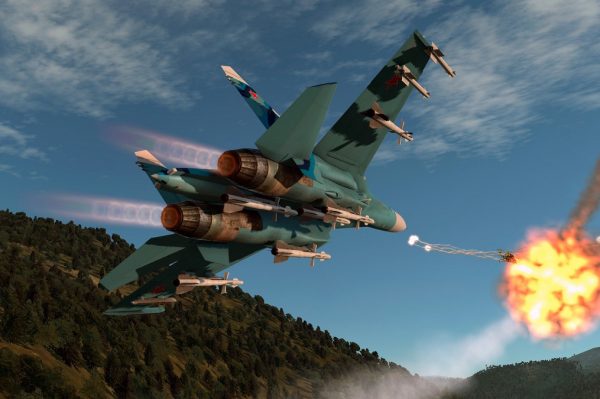