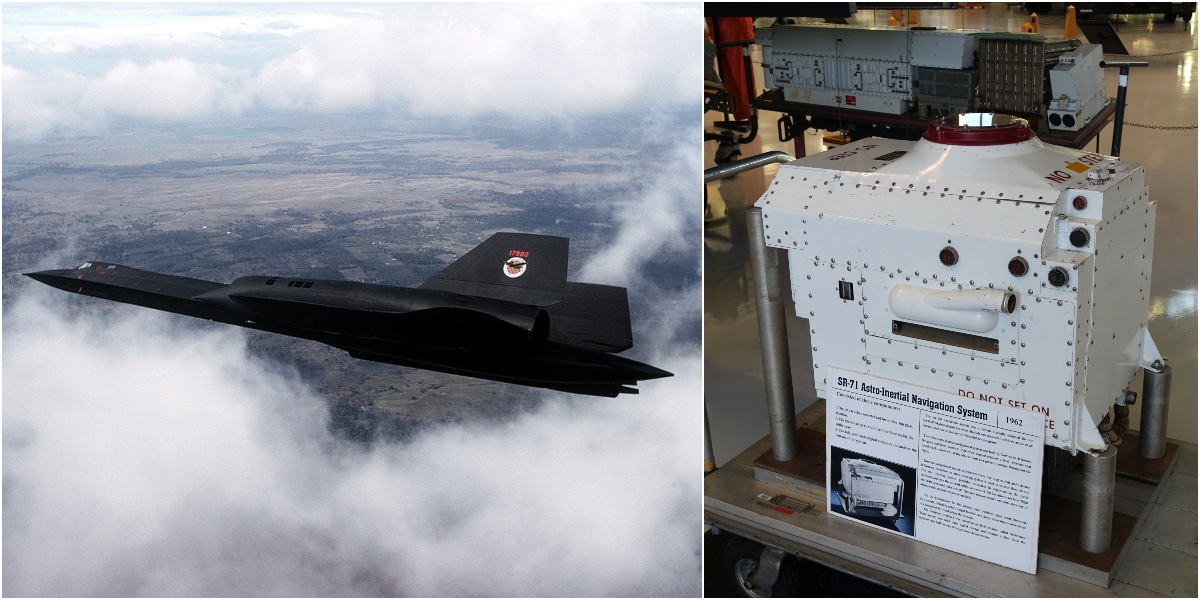 Later on after the Star Wars movie came out in 1977, the SR-71 Blackbird Astroinertial Navigation System was affectionately called R2-D2.

Conceived as a long-range, advanced, strategic reconnaissance aircraft developed from the Lockheed A-12 and YF-12A aircraft, the SR-71, unofficially known as the Blackbird, remained the world’s fastest and highest-flying operational aircraft throughout its nearly 24-year career with the US Air Force (USAF).

Piloting the Blackbird was an unforgiving endeavor, demanding total concentration. But pilots were giddy with their complex, adrenaline-fueled responsibilities. “At 85,000 feet and Mach 3, it was almost a religious experience,” said Air Force Colonel Jim Wadkins. “Nothing had prepared me to fly that fast… My God, even now, I get goose bumps remembering.”

But once the SR-71 reached ‘cruising speed and altitude, it was time to focus on the mission, which was to collect information about hostile and potentially hostile nations using cameras and sensors,’ our friend Linda Sheffield Miller (Col Richard (Butch) Sheffield’s daughter, Col. Sheffield was an SR-71 Reconnaissance Systems Officer) says on her Facebook Page Habubrats. ‘The pilot’s job was to handle the aircraft and watch over the automatic systems to make sure they were doing their jobs properly. Meanwhile, the RSO handled the cameras, sensors, and the all-important Astroinertial Navigation System (ANS). The ANS was the 1960’s version of GPS, but instead of using satellites to locate itself, the ANS used the stars. This is because before the invention of the modern satnav networks there wasn’t a way to navigate the SR-71 in the areas where it operated. The SR-71 needed to be able to fix its position within 1,885 feet (575 m) and within 300 ft (91 m) of the center of its flight path while traveling at high speeds for up to ten hours in the air.’

‘On Jul. 2, 1967 Blackbird crew Jim Watkins and Dave Dempster flew the first international sortie in SR-71A #17972 when the ANS failed on a training mission and they accidentally flew in to Mexican airspace.

‘The ANS works by tracking at least two stars at a time listed in an onboard catalog, and with the aid of a chronometer, calculates a fix of the SR-71 over the ground. It was programmed before each flight and the aircraft’s primary alignment and the flight plan was recorded on a punched tape that told the aircraft where to go, when to turn, and when to turn the sensors on and off. The stars were sighted through a special quartz window (located behind the RSO cockpit) and there was a special star tracker that could see the stars even in daylight.’

‘Later on after the Star Wars movie came out in 1977, the ANS was affectionately called R2-D2.’

Photo credit: U.S. Air Force and Own Work via Wikipedia