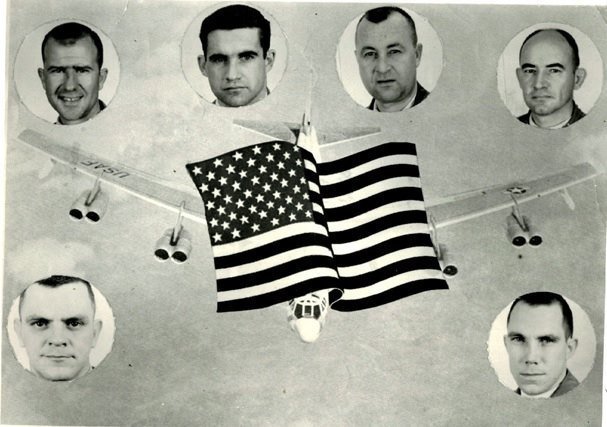 “The B-52 had crashed shortly after takeoff, killing everyone on board and, because it was fully loaded with hundreds of thousands of pounds of fuel, creating a massive conflagration off the end of the runway,” Jay Lacklen former B-52 pilot

“Three years before my arrival, on an Operational Readiness Inspection (ORI) to test the base operational mission capability, Loring had suffered a horrendous disaster. A B-52 had crashed shortly after takeoff, killing everyone on board and, because it was fully loaded with hundreds of thousands of pounds of fuel, creating a massive conflagration off the end of the runway. The fireball reportedly lit up the cockpit of an airborne Loring tanker twenty miles away. In the insular, close-knit base community, this presented a devastating loss. Over the five years I flew out of Loring, I would see the remnants of the crash site and be reminded of how quickly I could die in this business.”

Clyde Sikorsky, then Sergeant in the Fire Dept at Loring Air Force Base, recalled:

“As MITOs progressed my partner and I stood by in our P-6 pickup about 50 yards in front of the alert bombers. 58-0215 was having difficulties with one or more inboard engines on the port wing, so we were radioed to continue to stand by on that aircraft until it taxied to the south end of the runway. We were then to hustle down to the north end and standby there as they took off. After several failed attempts to start and run up the engine, they finally got it going, or so it appeared. During this time I could see the Aircraft Commander and, I assume, the Wing Commander talking and gesturing to each other. Finally I saw the Wing Commander wave them on…to proceed the south end of the runway, and go.

“At the north end we observed the aircraft approach on it’s take off run. As the plane neared us, it lifted off much farther down the runway than normal. As it passed us, the plane struggled to gain altitude. I believe it never gained more than a few hundred feet of altitude. I did not hear any unusual engine noises, just the usual roar. Finally we observed it slowly disappear beyond the tree line, and after a few silent seconds we heard the inevitable. It was the beginning of a long night.

“I was never privy to any official information concerning the accident, but it appeared several ejections were attempted. I do not know the source of the engine(s) problem, or why they were ordered to go, except that it was an ORI.
One personal thought: I was deeply moved by the loss of those men, and that I was unable to help. That was my job.

The Nav and R/N both ejected but their chutes did not fully deploy. The crash site was about 2 or 3 miles north of the runway. In 1980 you could still see the tree tops sheared off, followed by a large clearing with quite a bit of debris, although there were several mounds where the bulldozers had plowed some large pieces under.

According to Aviation Safety Network, possible cause of the disaster was a total failure of all electrical power or the water injection system failed to activate and the Aircraft did not have enough thrust to make it airborne.