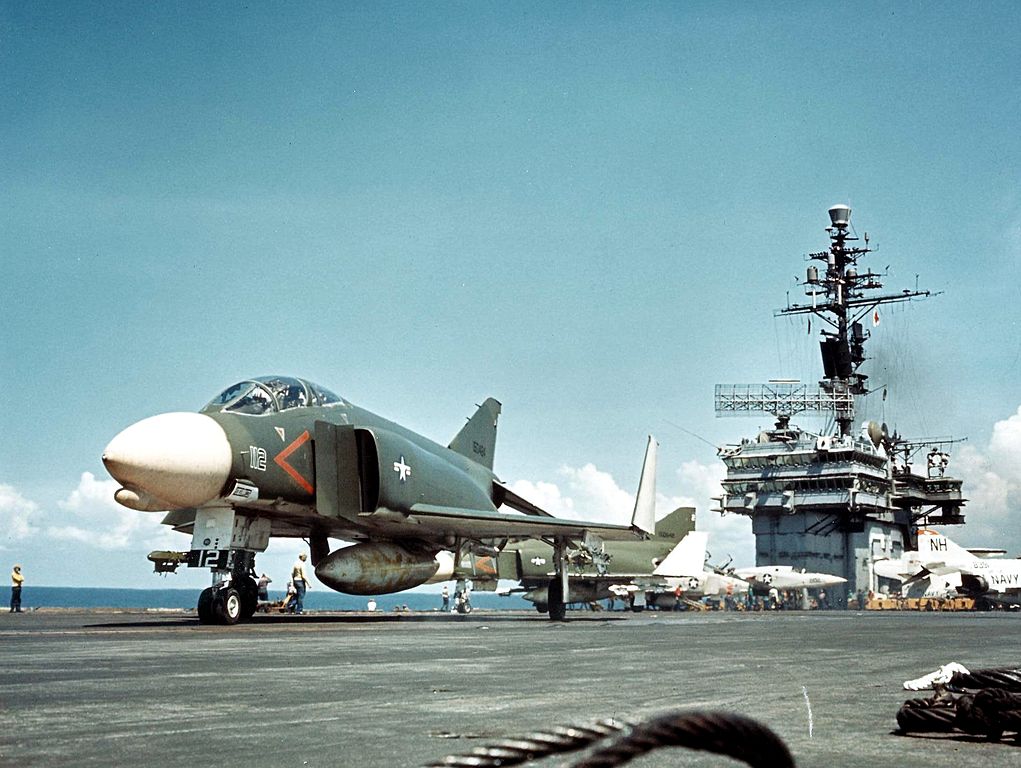 The Robot Phantom II: a quick look at US Navy F-4G

On Feb. 19, 1964 Cdr Ken Stecker, CO of VF-96, and his RIO Lt Charles Webster III made the F-4G first data-link-controlled AIM-7 Sparrow launch at NAS Point Mugu. All Stecker had to do was select which missile to fire, while Webster set up the initial radar interception and a Q-2C target drone was shot down.

The story of the forgotten US Navy F-4G.

The most elaborate scheme to increase the F-4B’s already considerable versatility was instigated very early in its life. Three F-4As tested a data-link system similar to the USAF’s method of directing its interceptors to their targets automatically without using voice contact with a ground controller. The US Navy intended to similarly link its ships, F-4Bs and Grumman E-2A Hawkeye airborne early warning aircraft. The Phantom II’s autopilot was linked to a two-way UHF radio net, providing information on its fuel, armament and position status, while the ship could relay interception instructions through an E-2 directly to the F-4’s autopilot, with a data display for the pilot to see and acknowledge via the press of a button.

As explained by Peter E Davies in his book US Navy F-4 Phantom II Units of the Vietnam War 1964-68, the system also allowed for ‘hands-off’ automatic carrier landings using the vessel’s AN/SPN-10 radar, tracking the aircraft via a small, retractable radar reflector dish extending below its nose and an AN/USC-2 data-link. A further refinement was the automatic approach power compensator, or `auto-throttle’, which measured the aircraft’s angle of attack on approach to the carrier and made small, instantaneous throttle corrections to keep the F-4 lined up ‘on the ball’. The AN/ASW-13 (later, RCA AN/ASW-21) system was installed in F-4A BuNo 148254, although at the cost of tankage space for 600 lbs of fuel. In 1963 12 production line F-4Bs were modified to the revised standard.

These aircraft undertook auto-throttle tests onboard Constellation in early December 1963, and on Feb. 19, 1964 Cdr Ken Stecker, CO of VF-96, and his RIO Lt Charles Webster III made the first data-link-controlled AIM-7 Sparrow launch at NAS Point Mugu. All Stecker had to do was select which missile to fire, while Webster set up the initial radar interception and a Q-2C target drone was shot down. In the operational scenario of Southeast Asia things would not be so straightforward.

Ten of the data-link F-4Bs were then transferred to VF-96 in 1963, and from there to VF-213 ‘Black Lions’ in February 1964, replacing that squadron’s F3H Demons. In April they were officially re-designated F-4Gs. VF-213 was briefly designated VT-116 in 1964 for service with CVW-11 and the aircraft were marked accordingly, but the VF-213 nameplate was re-established in September of that same year. For their combat cruise onboard CVA-63 from October 1965, half of CVW-11’s squadrons were involved in an experiment using a USAF-style tactical camouflage scheme as the MiG threat was thought to be increasing. The F-4Gs were flown to Clark AFB, in the Philippines, where the USAF’s spray shop applied a rubberised dark green paint to their upper surfaces, although some were left with highly visible white radomes. ‘Black Lion’ pilot Lt John Nash participated in the three-week paint-shop visit, and he was unimpressed with the subsequent results;

`I’m not sure it did any good as we weren’t in a real air war over there. The paint was only effective when you were looking down on the airplanes over the jungle. Visibility of the aircraft on deck in night operations wasn’t a particular problem as the deck was kept totally dark in those days and you couldn’t see anything anyway. They could have painted them black.’

The US Navy was equally dubious about the results, and the camouflage project was discontinued in mid-1966. Although it possibly rendered the aircraft less detectable to MiGs flying above them, it also made them more visible to AAA gunners, who downed a higher number of the camouflaged aircraft than those with the normal finish. The F-4G advanced equipment was also somewhat redundant in combat, with data-link being rarely used during the cruise partly through its unreliability — the G-model’s service debut took place before solid-state electronics had started to feature in combat aircraft. Furthermore, there were few ships in TF 77 equipped to cope with the data-link process. However, the auto-throttle was popular with pilots who were prepared to trust it, and a one-way version of the data-link system — AN/ASW-25A — was built into the F-4J and installed in surviving F-4Bs. 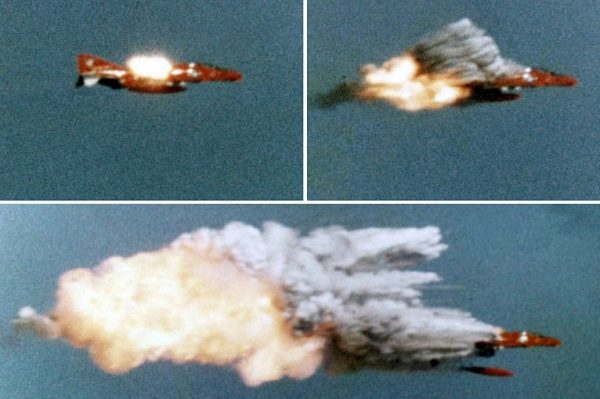 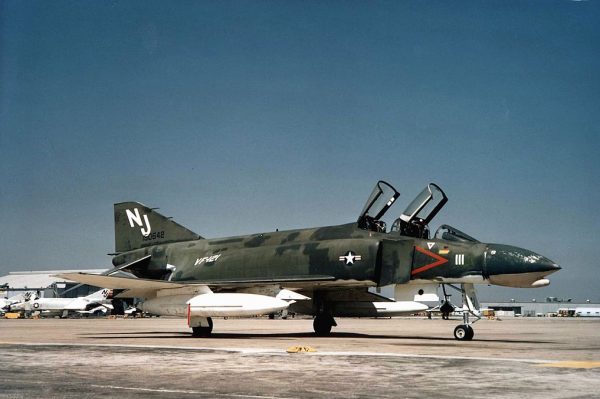 REMEMBERING THE U.S. NAVY F-4G, THE PHANTOM THAT COULD PERFORM AUTOMATIC CARRIER LANDINGS