Log In Sign Up
Homepage Aviation HistoryThe Original Tomcat: Did you know the Grumman F7F Tigercat was originally to be named “Tomcat?” 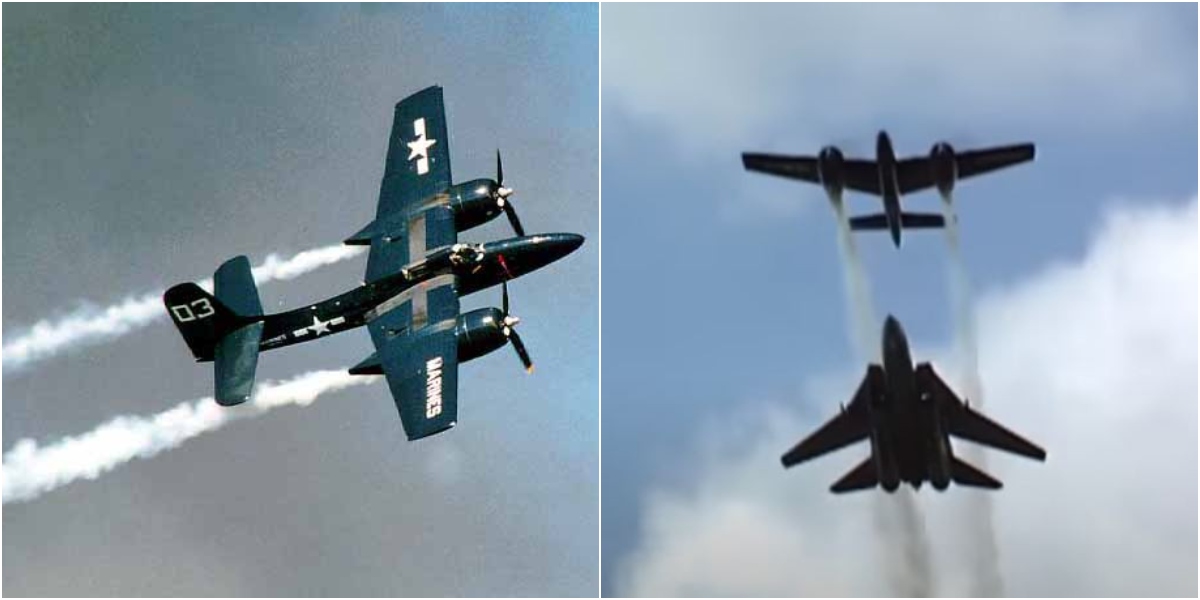 The Original Tomcat: Did you know the Grumman F7F Tigercat was originally to be named “Tomcat?”

On Memorial Day 1996, the F7F Tigercat flew its only airshow routine with its more modern descendant, the F-14 Tomcat, with Captain Dale “Snort” Snodgrass flying the Tomcat…

Once upon a time, Grumman and the US Navy developed a fighter aircraft which could have been a world beater, a twin engine, and sometimes two-crewed machine, which possessed a heavy and versatile armament of guns, and was capable of hauling the heaviest ordnance available to carrier based aircraft. This machine was a development of an original joint service twin engine design, one which did not enter production due to developmental difficulties.

Of course the aircraft we are speaking of wasn’t the F-14 Tomcat of the 1970s, but the Grumman F7F, a machine which was originally to be named the Tomcat, in keeping with Grumman’s fighter line being named after various cats. From the F4F on, Grumman had developed the Wildcat and Hellcat, names far more evocative than its original FF-1 Carrier Biplane fighter, which was known as the Fifi thanks to its designation. Their F2F and F3Fs were portly enough to be named the Flying Barrel, while the Wildcat was coined that name after Britain’s Royal Navy originally named the type Martlet.

Though the types original nocturnal night fighter mission led it being dubbed “Tomcat” by Grumman employees, in keeping with traditional mores, the Navy’s WW2 era Bureau of Aeronautics apparently refused to accept the name Tomcat as the name connotated “feline promiscuity” and the phrase Tomcatting around described behavior contrary to that expected of Officers and Gentlemen. Thus the original Tomcat became the Tigercat, in keeping with Grumman’s Wartime Flying Fighter Cat Theme.

Grumman Test Pilot “Corky” Meyer was instrumental in developing the type, serving as Grumman’s Project Pilot through its development. His efforts were praised in a backhanded fashion by Navy Chief Test Pilot Captain Fred Trapnell as Meyer notes below;

‘At the end of his evaluation, as we walked out to his F7F-4N Tigercat for his return trip to the Naval Air Test Center, I proudly told him that I was the Tigercat project pilot from 1943 to 1946. He immediately burst into a diatribe about the Tigercats’s many deficiencies: the over-cooling of the engines; a lack of longitudinal stability; excessively high dihedral rolling effect with rudder input; the high minimum single engine control speed, etc. He ended his oration with: “If I had been the chief of the Test Center at that time, I would have had you fired!” Each criticism of the Tigercat was absolutely correct. I was devastated and fervently wished that I hadn’t gotten out of bed that day.

‘Just as we reached his Tigercat, I blurted, “If you dislike the Tigercat so much, why do you always fly it?” He explained: “The excess power of its two engines is wonderful for aerobatics; the cockpit planning and the forward visibility in the carrier approach is the best in any fighter ever built; the tricycle landing gear allows much faster pilot checkouts; the roll with the power boost rudder is faster than the ailerons; and it has a greater range than any fighter in inventory.” Again he was absolutely right. As he climbed into the cockpit, he turned around, grinned and told me, “It’s the best damn fighter I’ve ever flown.” I realized he had thrown the entire test-pilot schoolbook at me with his succinct tirade and that we were probably pretty close in opinions regarding the handling characteristics that define a really good fighter. I went home happy that night. (Corky Meyer, Flight Journal, August 2002. end)’

Thus did 364 Tigercats come into being, although the type’s carrier suitability issues were hampered by structural issues and the types’s tricycle landing gears requiring a different Barrier Arrangement as the traditional steel cabled crash barrier designed to prevent aircraft crashing into the deck park forward was at risk of sliding over the type’s smooth nose and decapitating it’s pilot. Only the 13 specially strengthened F7F-4’s were qualified for regular carrier operations. Thus once again, the Navy solved the problem of the type’s carrier suitability by its tried and true method of issuing them to the Marines, which operated them primarily as ground based Night Fighters, though a few Dash-3 Tigercats were converted to F7F-3N Photo Recon ships.

Marine Tigercats barely missed action at the very end of World War II, only arriving in Okinawa in August 1945. They did see action in support of Marine forces deployed to China postwar, participating in various “skirmishes” against Communist Chinese forces during China’s Civil War. Later deployed to Korea in support of Marine forces after the North Korean invasion of the South, Tigercats flew a variety of combat missions, operating as a night interdiction platform, a close air support machine, on photo reconnaissance sorties, and even as an interceptor. In that final role, Marine Tigercats were responsible for downing a pair of Night Heckling Po-2 biplanes to score the only combat victories of the type.

After military service, the Tigercat continued to earn its flight pay as a firefighter, flying that hazardous mission in civilian hands dropping chemical fire retardant on wildfires. The type’s power and maneuverability made it invaluable as a kind of precision fire bomber, as it could drop its cargo of fire retardant in areas inaccessible for larger types performing the same role. Thus did the final surviving Tigercats live out their days. In spite of the highly corrosive nature of its fire retardant cargo, several Tigercats survive on the Warbird Circuit today, where they are highly prized collectors items rather than hard working firefighters.

Personally, were money unlimited, the Tigercat to us would be the best Warbird for modern pilots to fly, as its twin engine tricycle landing gear configuration and second potential seat would make the type an unbeatable cross country machine. On Memorial Day 1996, the Tigercat flew its only airshow routine with its more modern descendant, the F-14 Tomcat, with Captain Dale “Snort” Snodgrass flying the Tomcat… Thus did the saga of Grumman’s original Big Fighter go full circle.

Photo credit: US Navy and RuthAS Own work via Wikipedia 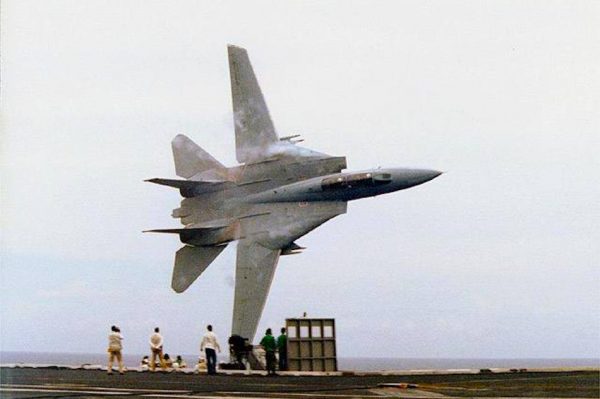 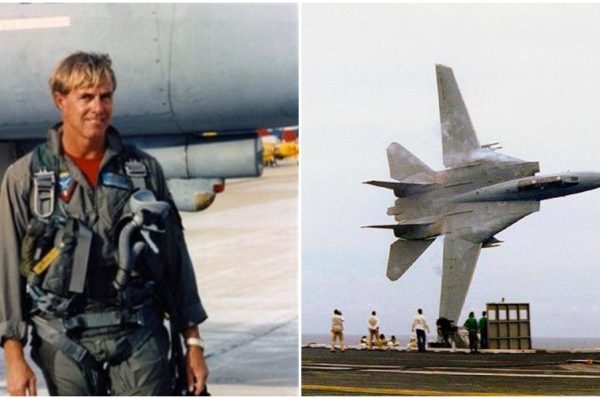