As of 2019, the Goodwin Sands Dornier Do 17 has still to reveal its true identity.

The Dornier Do 17 first made an appearance as a military aircraft in the Spanish Civil War in both the bomber and reconnaissance roles. At the start of World War II, it formed, together with the Heinkel He 111, the backbone of the German bomber arm over Poland. The Do 17 was also responsible for fulfilling the Luftwaffe‘s reconnaissance requirements. Indeed, Do 17Ps carried out such duties during the ‘Phoney War’, before being actively involved in bombing missions during the invasion of France, Belgium and the Low Countries in May 1940.

However, by the start of the Battle of Britain, the Do 17’s limited range and small bomb load meant that it was ripe for replacement by the Junkers Ju 88. Nevertheless, Do 17 units performed myriad missions over southern England, some of these at very low level against RAF fighter airfields. A number of units also participated in the Blitz of 1940-41, before heading to the Balkans and then the Soviet Union. Elements of two bomber units remained in frontline action on the Eastern Front until the very end of 1941, when they too converted to either the Ju 88 or Do 217.

As explained by Chris Goss in his book Dornier Do 17 Units of World War 2, by war’s end, the remains of Do 17s littered airfields of northwest Europe and in the East. Nevertheless, as with so many other important combat aircraft types of World War II, no examples of any variant were preserved. However, in 2013 this changed. Local fishermen plying their trade out of ports on the Kent coast were aware of the presence of numerous aircraft on the Goodwin Sands, and in 2008 one such well known wreck gradually began re-emerging from the seabed, eventually lying some 52 ft from the surface. The aircraft, resting on its back, appeared to have two engines, and as it had an open section (bomb-bay) in the centre of the fuselage, it was clearly a bomber.

Side-scan sonar imagery of the wreck was carried out in 2008-09, at which time it was clearly identified as a Do 17Z. This was later confirmed by dives on the wreck and multi-beam scan sonar imagery carried out in 2011. The RAF Museum had experience of recovering wartime aircraft, and now saw a perfect opportunity to salvage the world’s only remaining Do 17 — the ‘missing link’ in its Battle of Britain aircraft collection. However, a formal announcement that the bomber was to be brought up was not made until May 3, 2013, and the following day a floating recovery platform was positioned over the wreck.

It had taken more than three years of planning, fund raising and research by the RAF’s Air Historical Branch to get to this point. The latter believed that the wreck was Do 17Z-2 Wk-Nr. 1160 5K-FAR of 7./KG 3, lost on Aug. 26, 1940. There was uncertainty as to whether human remains or ordnance might be found when the wreck was raised.

Divers had conducted a detailed survey of the aircraft in preparation for installing a specially constructed lightweight lifting frame around the wreckage, and they reported that the now-exposed aircraft had survived the winter storms of 2012-13. Conditions on-site were always difficult, with tides only allowing 50-90 minutes of diving per day in visibility of no more than 16 ft. Divers found that various sections of the airframe were in a particularly fragile state — something that the RAF Museum had anticipated, hence the building of the specialist lifting frame. It was expected that the recovery would take three to four weeks to complete, dependant on the weather and tides.

Getting the aircraft to the surface and then onto land was just the beginning of its preservation. Being immersed in sea water for more than 70 years meant that as soon as the Do 17 was exposed to the atmosphere, it would quickly start corroding to such an extent that the remains would eventually disintegrate. The RAF Museum, therefore, intended housing the aircraft in two purpose-built hydration tunnels, each measuring 65 ft x 23 ft and 11.5 ft in height, at RAF Cosford, in Shropshire.

Each tunnel boasted a moisture spray system, with 36 nozzles hanging down from the ceiling that allowed the remains to be continually soaked. The water would disperse via a drainage system in the floor of each tunnel, after which it passed through special filters prior to returning to a tank and then being pumped back into the hydration tunnels. Before being re-circulated, a reading would be taken of the water to ensure that it was of the right pH value to gently wash away the salts and chemicals that had accreted to the airframe over time without damaging the paintwork or any of the components within the wings and the fuselage.

The first recovery was planned for Jun. 2-3, 2013, but this had to be postponed due to adverse weather and tidal conditions. Meteorological delays, coupled with seabed geology issues, also forced a change in the recovery methodology. Instead of installing a frame around the Dornier, the rear fuselage was reinforced and lifting strops attached to known strong points on the airframe. As the aircraft lay inverted on the seabed, access to these strong points was not problematic, and at 1826 hrs on Jun. 10, the Do 17 was successfully raised largely intact. It was then transported to Ramsgate Docks, and the following day began its journey to RAF Cosford, where the conservation and identification would take place.

However, as of 2019, the Goodwin Sands Do 17Z has still to reveal its true identity.

Dornier Do 17 Units of World War 2 is published by Osprey Publishing and is available to order here. 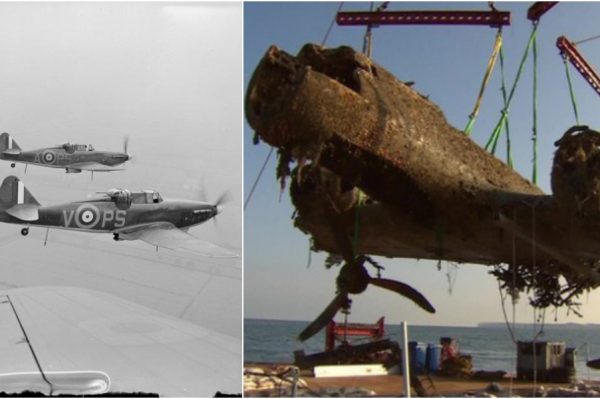 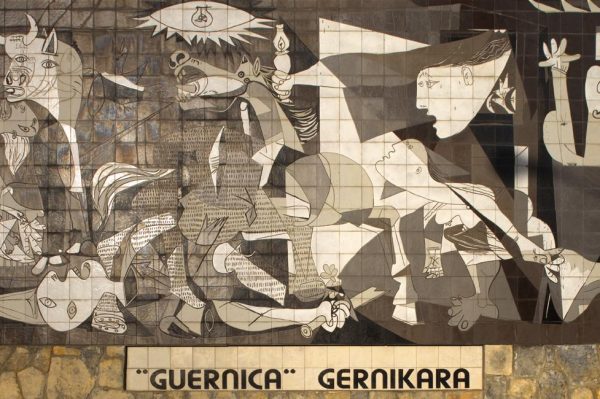 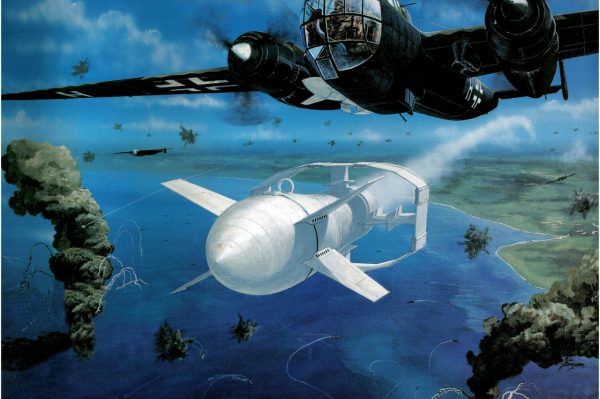