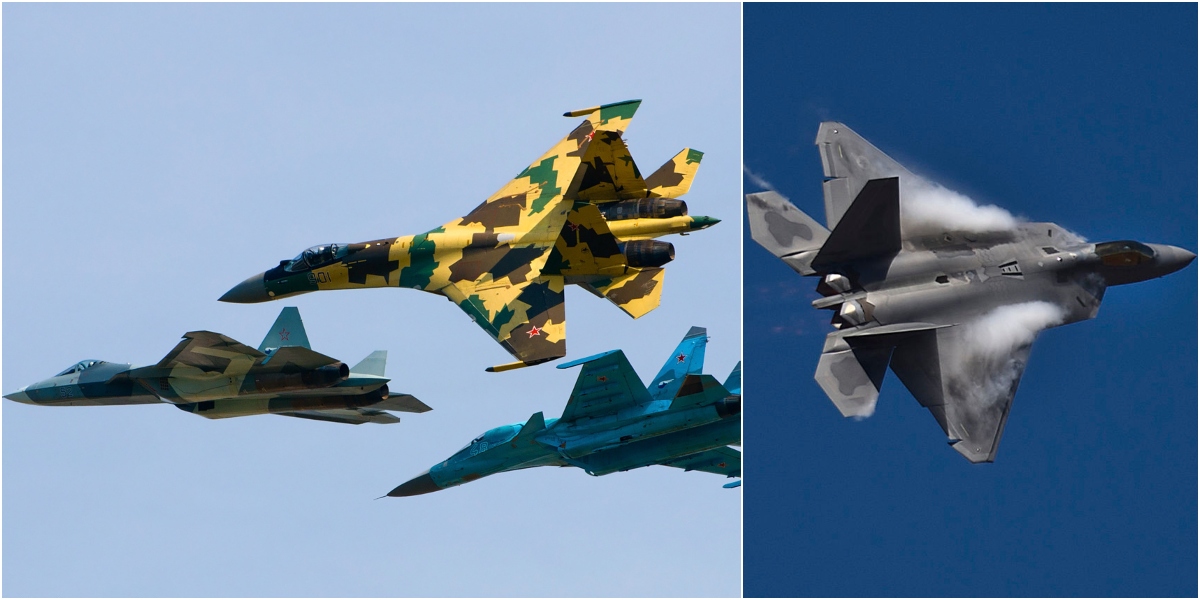 Over the decade multiple aircraft have scored a kill or two on F-22 Raptor in Red Flags or Northern Edge – never was maneuverability a contributing factor.

The Su-27 had the Soviet Union’s first operational fly-by-wire control system, based on the Sukhoi OKB’s experience with the T-4 bomber project.

Thanks to its relatively low wing loading and powerful basic flight controls, the Su-27 (as well as the other members of the “Flanker Family” Su-30 and Su-35 and the fifth generation Su-57 Felon) is an exceptionally agile aircraft, controllable even at very low speeds and high angle of attack.

‘Not even close,’ says Abhirup Sengupta, an aviation expert, on Quora.

‘People simply forget a simple but the most important factor, this is how a combat loaded F-22 looks like.

‘There’s no external pylons, weapons, targeting or ECM pod – unlike Su-30 or Su-35 which looks like this…

‘All that external carriage creates huge drag which has significant impact on maneuverability. For instance, the Eurofighter Typhoon has its top speed reduced from Mach 2 to Mach 1.6 when carrying 6 AAMs. There’s a huge difference between a combat loaded Su-30/35 vs. a clean airshow Su-30 flying with minimum fuel load.

‘There’s a reason behind every design choice because everything comes at a price. The Su-30MK for instance has canards – not to increase maneuverability (as often mistaken) but to compensate the extra weight from Bars radar which is heavier than usual.’

‘Contrary to popular notion Su-30/35 or Su-57 doesn’t have 3D Thrust Vectoring – Flanker’s thrust vectoring actually move in one plane (up or down) but are canted outward to the engine axis. The canting allows movement in all rotational axis by vectoring each engine nozzle differently.

‘That’s great for low-speed high alpha performance in the Air shows, but once engaged the aircraft bleeds a lot of air speed. For comparison, look at F-22’s thrust vectoring.

‘The F-22’s 2D Thrust vectoring (TV) nozzles are parallel and therefore, much more efficient than canted nozzles in Su-30/35. What this mean is when TV is in use, the Flanker’s canted TV will bleed more energy than Raptor – giving Raptors better sustained turn rates.

‘The F-22 have demonstrated Mach 1.8 supercruise with a combat-load, the Su-57 program doesn’t even have a ‘goal’ anywhere near that. Sure, there might be areas where Su-57 comes near F-22 but there are many areas where the F-22 likely has significant advantage such as speed, acceleration and sustained turn rate or Vertical flight envelope to say the least.’

‘Never mind that raw kinematic performance plays a small role in real combat. It might be great for air shows but the fact is maneuverability takes the last spot in a list of things that are actually relevant in modern combat. Over the decade multiple aircraft have scored a kill or two on Raptor in Red Flags or Northern Edge – never was maneuverability a contributing factor.’ 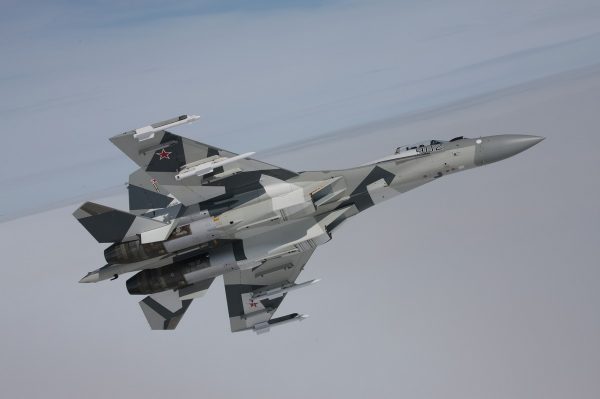