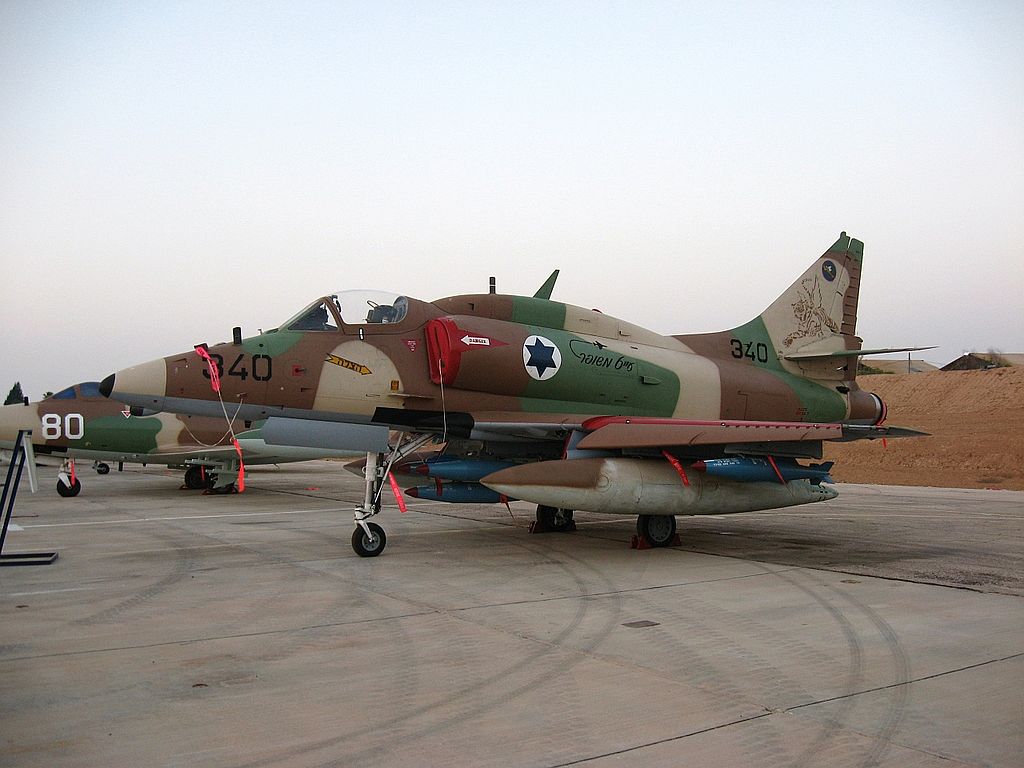 “Only three pilots in the entire history dared to go on a combat sortie in an aircraft they never flown before. I am about to become fourth,” Maj. Gen. Giora Rom, IAF former A-4 pilot

Three days before the “Yom Kippur” war, Maj. Gen. Giora Rom assumed command of Skyhawk squadron, after its previous commander was killed. As Rom Himself explains in the following article appeared on Israeli Air Force website, an hour after the war commenced, he was already airborne, charging towards the enemy flying an A-4 Ayit, a jet he never flown before.

The target: Egyptian forces attacking the “Budapest” post at the northern tip of the Suez Canal.

Do I look okay for a fighter pilot? I think so. Even though I am number 4 on the runway, I am the squadron commander. When I take off, it will be my first flight on the “Ayit” (Hebrew for Skyhawk). I never trained nor flown this type of aircraft before.

Only three pilots in the entire history dared to go on a combat sortie in an aircraft they never flown before. I am about to become fourth.

Three days earlier, Lieut. Col. Ami Goldshtein, commander of the “First Jet” squadron was killed in an accident. When I returned home to Hazor base that night, I got a call from the Air Force Commander, Beni Peled. He asked me to report to him the next day at 07:30 in order to assume command over the squadron.

At night, I went to see Ran Peker in Tel-Nof. “Ran, you know I never flown an “Ayit” before”, I said. “I want you in this post”, he replied. “you can set up a training course for yourself next week”.

Two days on the job, one funeral, and a first introduction to the pilots, and already I am ordered to stay on the base, due to the high alert.

Saturday. The siren goes off. We are briefed on the pre-emptive strike we are to carry out on the Syrian air force. Ram Yosef went to my house, to bring my flight overall and shoes. Miki Schneider, who will get hit as my number two by an SA-6 missile and will become POW in Syria, went to get my flight equipment. We didn’t get a green light for that operation after all. In the free time, I take the opportunity to go on a general flight on the “Ayit”. Abraham Yakir joins me. He briefs me on how the cockpit is built, the visual systems, and how to start the jet. I taxi towards the runway.

I am having difficulty closing the cockpit’s canopy. Apparently you have to use some force (you never use any force in the “Mirage” jet). Yakir arrives, and helps me to close the canopy. It’s 14:00 and I ask for permission to take off. “Abort take off. Egyptian forces are attacking the base”, I hear on the radio. I return to the squadron club. All pilots are equipped and ready to go. I gather all the paperwork from one of the pilots. “Who is your leader?” I ask one of the pilots. “Kochva”, he replies. “I am your number 4 Kochva, we take off in 20 minutes. You will be responsible to train me on the jet en route to target”, I told Kochva.

A voice on the radio tells me to disengage at 150. We are airborne, south bound. The jet responds well to me, and Kochva assists with weaponry controls. Finally we lower down and prepare to attack the outer perimeter of the “Budapest” post. “3 pull out”, the leader says, and pullout following the jet ahead of me. I roll over and dive towards “Budapest”. I spot the bright yellow light of SA-2 missile launched in my direction from Port-Said. What a negative day.

I complete the attack and join the formation. “4, your missiles did not deploy”.

I repeat the attack, this time solo, while everyone wait for me.

This is my second “Dive-Fly” attack, and I carefully monitor the movement of my stick. I feel for the first time in my life how eight missiles release from my jet.

Fuel check on the way back:

Number 2 and 3 has 4,500 Lbs. I search for my fuel gauge. It’s at the right bottom corner of the front panel. It shows only 1,800 Lbs. I should have transferred the fuel from the detachable fuel tanks. I report 4,500 Lbs. After all, I am the squadron commander, and I am not going to let anyone catch me at such a silly mistake. Where is that switch? I turn all the switches on, and the gauge slowly climbs up. I make a note to find out which one exactly turns on the fuel transfer.

“4, the landing speed is 150”, Kochva instructs me. My “Ayit” landed without difficulty. I hurry back. I’ve got a squadron to lead. I will learn to fly the “Ayit” on the go, and will lead my pilots in what will become the most challenging war I ever fought. 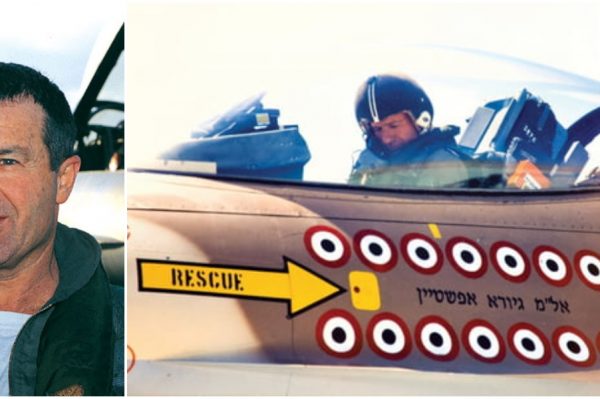 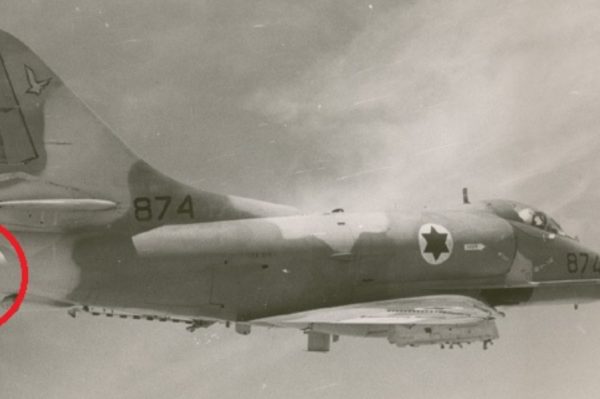