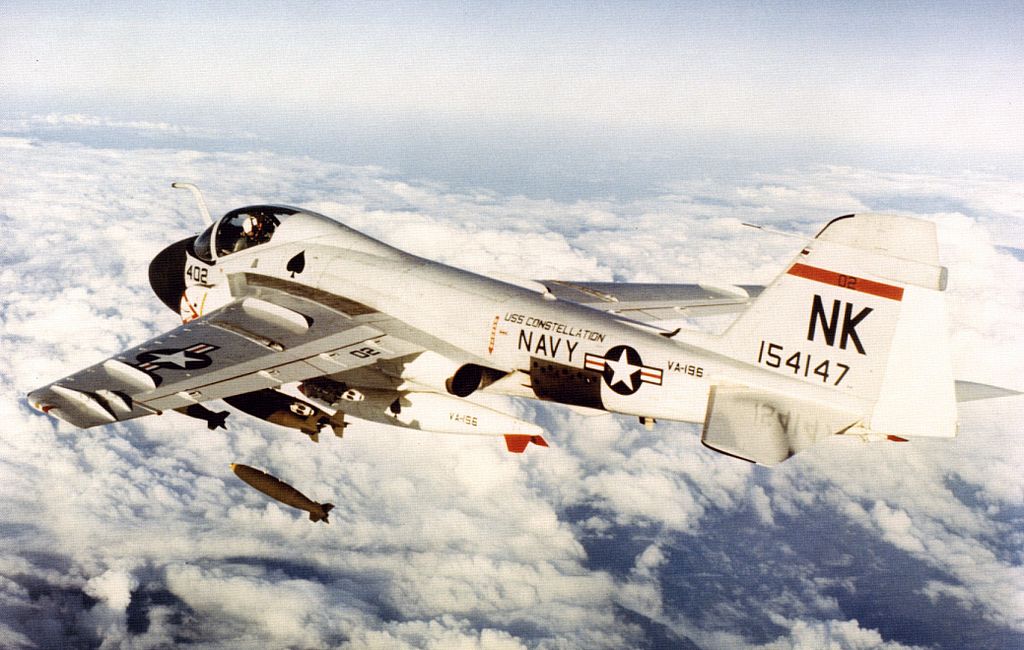 ‘Intelligence reported that the SA-2 couldn’t track below 1500 ft. We were disturbed to see that their assessment was incorrect’, Lt Lyle Bull, A-6 Intruder B/N

Grumman’s A-6 Intruder was the ‘Main Battery’ of carrier aviation throughout the Vietnam War. It represented the most capable medium attack aircraft in-theatre for the entire conflict, being capable of striking targets with a heavy load of ordnance in almost any weather condition.

However the iconic role in Vietnam for the A-6 was as a single-ship, very low-altitude night striker.

Situated over the Red River, the ferry site had been considered an important target since coming off the ‘prohibited’ list, yet it had avoided destruction up to now. As explained by Rick Morgan in his book A-6 Intruder Units of the Vietnam War, several attempts to attack the location with Carrier Air Wing Fourteen Alpha Strikes had failed, largely due to intense defences, which included, according to Lyle Bull, ’20 SA-2 surface-to-air missile sites and exactly 597 AAA emplacements’! XO Bob Blackwood had long held that a single Intruder going in at very low altitude at night could get to the target and hit it, strongly advocating that attacking the rail ferry site was the very mission that the Intruder had supposedly been acquired for.

Hunter and Bull launched from ‘Connie’ and went ‘feet dry’ near the `armpit’ north of Vinh and then ran north towards Hanoi at 500 ft. They initially ran down parallel karsts, which allowed them to stay within the radar shadow provided by the ridgelines.

Bull had his head down in the radar boot interpreting the returns to mark their path while Hunter deftly controlled the aircraft as they approached the target. First indications of SAM activity was not until 18 miles from the target, but it got lively in a hurry after that. With the first SAM that appeared, they both recalled that intelligence had told them that the SA-2 could not track below 1500 ft. When the missile appeared to follow them at under 500 ft Hunter started a high-G barrel roll to throw it off. The threat went behind them and exploded.

‘Intelligence reported that the SA-2 couldn’t track below 1500 ft. We were disturbed to see that their assessment was incorrect’, the B/N would later say.

However, with the A-6 now upside down at 500 ft, their whole world was lit up with more SAMs and a tremendous amount of gunfire.

Counting at least five missiles on the way, the pilot righted the aircraft and took the Intruder down to 100 ft above the ground while doing more than 450 knots. Bull specifically recalls seeing 50 ft on the radar altimeter at times, but he had complete faith in Hunter. He also remembers that the SAMs did not follow them while they were that low. When the target appeared on the radar they pulled up to 200 ft to release their `Snakeyes’. The target was hit hard, and they immediately turned to the east in order to avoid Hanoi’s Gia Lam airport, which was now right off the nose. The trip out was met by more AAA, with at least one 85 mm round coming close, but they managed to recover onboard constellation as planned after a memorable 1.9 hours of flight time.

Both men subsequently received the Navy Cross for their night’s work, becoming the first of five US Navy A-6 crews to receive the award for action in flight. Hunter and Bull would both subsequently rise to the rank of rear admiral.

A-6 Intruder Units of the Vietnam War is published by Osprey Publishing and is available to order here. 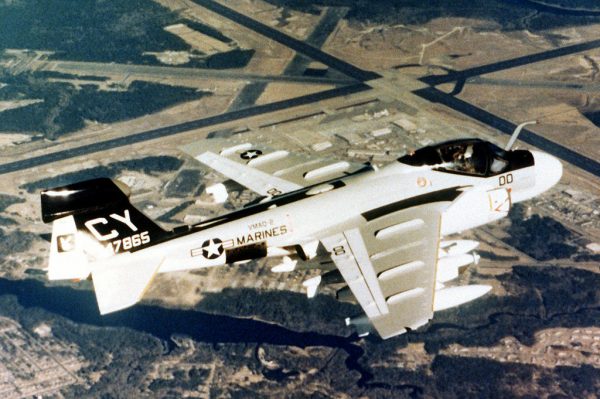 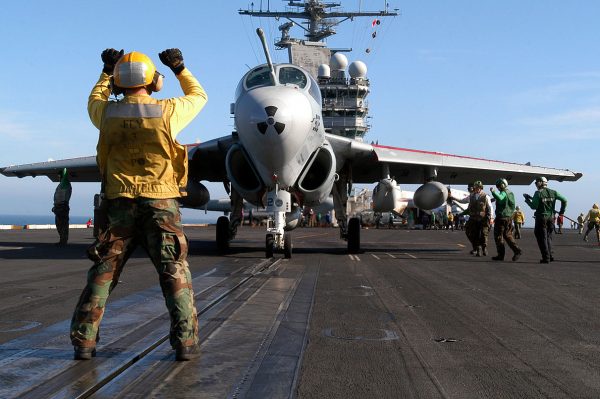