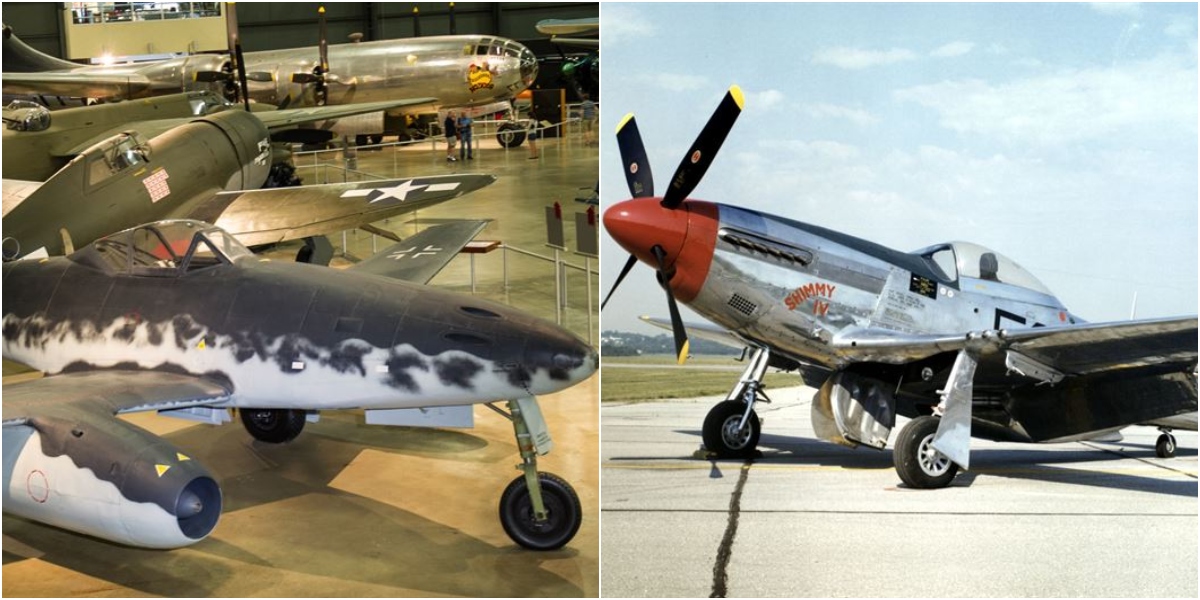 Nowotny’s last words, though garbled, indicated that his aircraft was hit and on fire, and seconds later he crashed to his death.

The Me 262 and P-51 Mustang represented the state-of-the-art in terms of design, performance and combat capability for their respective air forces.

Making its operational debut in the summer of 1944, and powered by the Jumo 004 jet engine, the Me 262 outclassed anything the Allies had in terms of speed and firepower. However, the availability of both machines and trained pilots was becoming an insurmountable problem for the Luftwaffe.

Meanwhile, in the P-51, fitted with the Rolls-Royce (Packard) Merlin engine and drop tanks, the USAAF finally had a fighter that had the “legs” to escort its heavy bombers deep into Reich airspace, and back, for well over 1,000 miles. Furthermore, if flown to its strengths, the P-51 was more than capable of taking on the feared Me 262 on an equal footing, despite the differences in powerplant and top speed.

In fact, the Mustang would prove to be the Luftwaffe fighter arm’s nemesis.

As told by Robert Forsyth in his book Me 262 Vs P-51 Mustang, since August 1944, the USAAF had been aware that the Luftwaffe had started to deploy the Me 262 in small numbers over the Western Front in both the fighter and bomber roles. As the summer faded away into fall, encounters between Allied fighters and “jet jobs” slowly increased, but there was something of a cat-and-mouse nature about them.

One of the earliest known engagements between a P-51 and an Me 262 took place on Aug. 20 when a Mustang pilot reported spotting “a ship similar to an A-20.” The pilot went on to describe how the jet “turned into the sun from ‘six o’clock’. We turned into this attack, but due to the tremendous speed of the enemy aircraft, I was unable to get my guns on him. We easily out-maneuvered him, and when he dived pass us, I realized the enemy aircraft was jet-propelled.” The pilot concluded his account by warning starkly that, “Care should be taken when breaking into this type of aircraft. The break should start much sooner than is necessary when fighting Me 109s or Fw 190s. This is due to the tremendous speed of the enemy aircraft.”

It would not be until Oct. 7 that a Mustang “jockey” would claim the first Me 262 “scalps.” Kommando Nowotny had commenced operational flying four days earlier, although its first mission of any strength was not mounted until the 7th, when a formation of Me 262s led by ace Hauptmann Georg-Peter Eder prepared to take off from Achmer to intercept enemy bombers attacking oil targets. As the jets began to move across the concrete taxiways, one of Eder’s Jumo engines suffered a flame-out and he was forced to abort. Three other Me 262s, flown by Oberleutnant Paul Bley, Leutnant Gerhard Robert, and Oberfahnrich Heinz Russel, continued to taxi out for take-off, but at that moment the P-51D of 361st FG pilot 1Lt Urban L. Drew swooped down.

Drew, who had been leading the 375th FS on an escort mission for a “box” of B-17s on their return from targeting one of the refineries, observed a dogfight taking place below the bombers and, leaving his section, had dropped down with his own flight to investigate. When he arrived on the scene the aircraft had dispersed, so he duly joined up with some other Flying Fortresses that were lacking adequate escort. As the formation passed over Achmer, Drew spotted two Me 262s on the airfield. For a few moments he monitored their progress:

‘The lead ship was in take-off position on the east-west runway and the taxiing ship got into position for a formation take-off. I waited until they were both airborne and then rolled over from 15,000ft and headed for the attack, with my flight behind me. I caught up with the second Me 262 when he was about 1,000ft off the ground. I was indicating 450mph and the jet aircraft could not have been going over 200mph. I started firing from about 400 yards, with 30 degrees deflection. As I closed on him, I observed hits all over the wings and fuselage.’

This was probably Leutnant Kobert’s aircraft, which blew up just as it lifted off the ground. Drew flew his P-51 straight through the flames and scattering debris of his victim:

‘Just as I passed him I saw a sheet of flame come out near the right wing root. As I glanced back I saw a gigantic explosion, and a sheet of red-orange flame shot out over an area of about 1,000ft. The other jet aircraft was about 500 yards ahead of me and had started a fast climbing turn to the left. I was still indicating about 400mph and I had to haul back on the stick to stay with him.’

It is unclear who was flying the Me 262, which collapsed under the P-51’s machine gun fire, but it may have been Oberfahnrich Russel. Drew recounted:

‘I had started shooting from about 60 degrees deflection at 300 yards and my bullets were just hitting the tail section of the enemy aircraft. I kept horsing back on the stick and my bullets crept up the fuselage to the cockpit. Just then I saw the canopy go flying off in two sections and the plane rolled over and went into a flat spin. He hit the ground on his back at about a 60-degree angle. I did not see the pilot bail out. The enemy aircraft exploded violently, and as I looked back at the two wrecks there were two mounting columns of black smoke.’

Amidst the chaos on the runway, Oberleutnant Bley crashed his aircraft, although he was able to escape. 1Lt Drew claimed, and despite the failure of his gun camera to record the action on film, was eventually credited with the destruction of two Me 262s.

The war against the jets intensified in November as the Luftwaffe increased its sortie rate with the Me 262. Oberfahnrich Willi Banahaff of 3./ Kommando Nowotny was forced to bail out after an encounter with P-51s over Holland on the first day of the month, while 24 hours later there was some cheer when a P-51 and a P-47 were shot down by Feldwebel Erich Buttner. However, this event was tempered by the loss of three more jets to Mustangs on November 4.

Worse was to come on the afternoon of Nov. 8 when Major Walter Nowotny, the Kommando’s renowned leader and one of the most highly decorated pilots in the Luftwaffe, finally took off to engage the enemy in an Me 262. The ace shot down a four-engined bomber and a P-51 for his 257th and 258th victories, but as he returned home he was apparently intercepted by Mustangs believed to have been flown by 1 Lt Edward “Buddy” Haydon of the 357th FG and ace Capt Ernest C. “Feeb” Fiebelkorn of the 20th FG, each of whom have been credited with a shared kill. Whatever the case, a short while later Nowotny’s crackling voice was heard over the radio.

Adolf Galland witnessed events from the ground. ‘An Me 262 appeared out of the cloud and dived vertically into the ground. There was black smoke and an explosion.’

Nowotny’s last words, though garbled, indicated that his aircraft was hit and on fire, and seconds later he crashed to his death.

Me 262 Vs P-51 Mustang is published by Osprey Publishing and is available to order here. 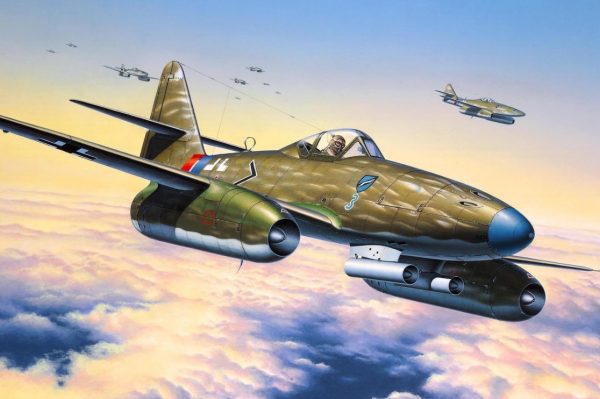 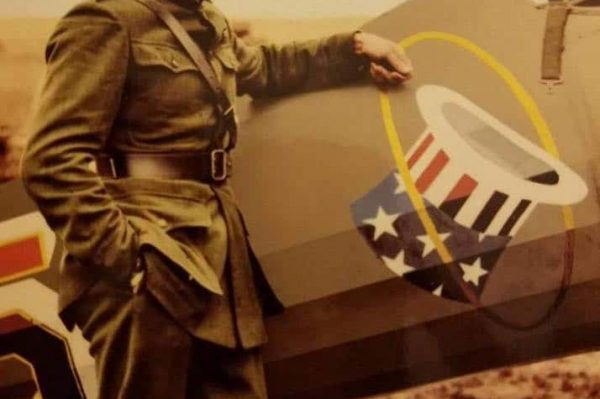