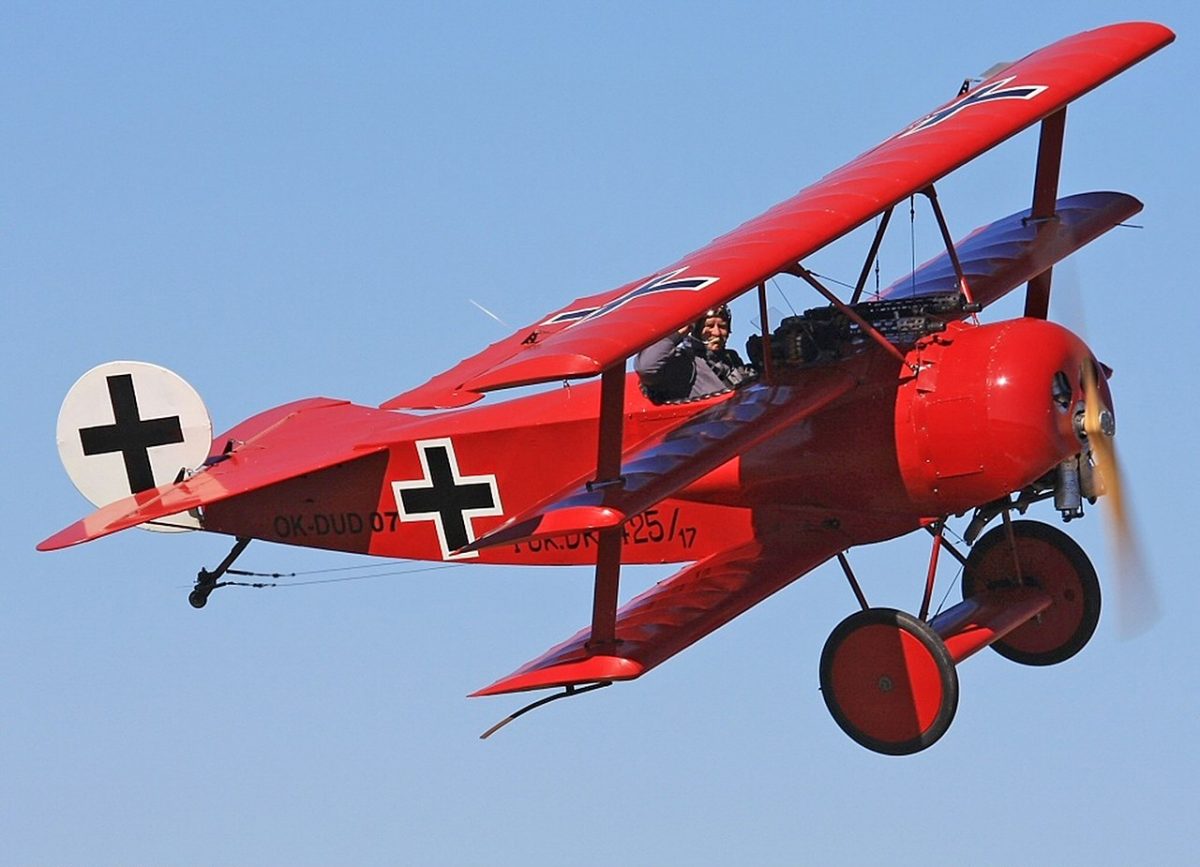 Manfred von Richthofen, the famed Red Baron, first flew the Fokker Dr. I on Sep. 1, 1917 and shot down two enemy aircraft in the next two days.

Manfred von Richthofen, the famed Red Baron, first flew the Fokker Dr. I on Sep. 1, 1917 and shot down two enemy aircraft in the next two days. He was very enthusiastic about the new triplane and told the Kogenluft (Kommandierender General der Luftstreitkrafte, or Commanding General of the Air Service) that the Dr. I was superior to the Sopwith Triplane—how he could know this without flying a Sopwith is perhaps wishful thinking. Richthofen recommended that fighter squadrons be reequipped with the new aircraft as soon as possible.

As told by Mark C. Wilkins in his book German Fighter Aircraft in World War I, compared with the Albatros and Pfalz fighters, the Dr. I offered exceptional maneuverability. Although the ailerons were nominally effective, the rudder and elevator controls were light and powerful. Rapid turns were possible, especially to the right, due to the gyroscopic force of triplane’s rotary engine and short-coupled fuselage. Franz Hemer of Jasta 6 said, “The triplane was my favorite fighting machine because it had such wonderful flying qualities. I could let myself stunt—looping and rolling—and could avoid an enemy by diving with perfect safety. The triplane had to be given up because although it was very maneuverable, it was no longer fast enough.”

As Hemer noted, the Dr. I was considerably slower than contemporary Allied fighters in level flight and in a dive. While initial rate of climb was excellent, performance fell off dramatically at higher altitudes because of the low compression of the Oberursel UR.II—the German version of the Le Rhone 9J 110-hp rotary engine. As the war continued, chronic shortages of castor oil made rotary engine operation increasingly difficult. The poor quality of German ersatz lubricant resulted in many engine failures, particularly during the summer of 1918.

The Dr. I suffered from other deficiencies. The pilot’s view was poor during takeoff and landing. The cockpit was certainly utilitarian if not comfortable, moreover, the aircraft was prone to ground looping and nose-overs due to its short wingspan and short fuselage and nose moment. In addition, when the tail dropped on landing, rotating the middle wing downward, it blocked airflow from the tail feathers making ground handling problematic. It was an aircraft that required expert and experienced piloting at a time when Germany was in short supply of same.

Before the Dr. I could attain widespread deployment at various Jastas, it was plagued by problems with the wing structure. On Oct. 29, 1917 triplane 115/17 came apart while being flown by commander of Jasta 15, Heinrich Gontermann, who was performing aerobatics at 1500 feet over his aerodrome. The dreidecker was seen to lose control as the top plane disintegrated. Gontermann was badly injured and died the following day.

Two days later Jasta 11’s Lieutenant Pastor perished when 121/17’s upper wing fell apart in a similar fashion. At this point all Dr. Is were grounded, and an investigation was ordered by the Sturz-Kommission (crash commission). Richthofen was proactive such that even before inspectors arrived, he personally led an inspection of all triplanes under his command. It was discovered that poor workmanship had been the cause of the structural failures. Evidence of excessive moisture build-up had resulted in softening of glues, and delamination of joinery in box spar to rib joints. IdFlieg (Inspektion der Fliegertruppen – “Inspectorate of Flying Troops”) demanded that all Fokker triplane wings be modified, repaired, and made sound at Fokker’s expense. In addition, tests on the shape and composition of the triplane’s ailerons were also instituted by the IdFlieg which were inconclusive.

In response to the crash investigation, Fokker improved quality control on the wings production line (which was off-site at a repurposed Perzina piano factory in downtown Schwerin), particularly varnishing of the wing spars and ribs, to combat moisture build-up.

Analysis of glues used on the Fokker D.VII after the war indicate that a combination of hide (gelatin) and casein glues were used on the D.VII wings. Hide glue is water soluble and heat accelerates this effect. If this adhesive system was also used on the Dr. I, and the weather while these wings were being produced was warm and humid, and stored, transported and hangared in similar conditions, it may have exacerbated this flaw (in fact, Richthofen demanded wooden hangars for his Jastas). Fokker also strengthened the rib structures and the attachment of auxiliary spars to the ribs. He also modified the way in which the fabric covering was attached to the rib webs: originally the covering was nailed, after the crashes it was stitched to the ribs. Fokker paid to have existing triplanes modified accordingly and after testing a modified wing at Adlershof, IdFlieg authorized the triplane’s return to service at the end of November 1917, and production resumed in early December.

However, in spite of the repairs, the Dr. l continued to suffer from wing failures. On Feb. 3, 1918, Lieutenant Hans Joachim Wolff of Jasta 11 successfully landed after suffering a failure of the upper wing leading edge and ribs.

On Mar. 18, 1918, Lothar von Richthofen, squadron leader of Jasta 11, suffered a failure of the upper wing leading edge during combat with Sopwith Camels of No. 73 Squadron and Bristol F.2Bs of No. 62 Squadron: he crash-landed and was seriously injured.

Postwar research and testing in 1929, by the National Advisory Committee for Aeronautics (NACA) concluded that the upper wing of the Dr. I possessed a higher lift coefficient than the lower wings: at high speeds it could be 2.55 times as much, which increased the tension on both interplane and cabane struts. This effect combined with quality control issues during production helps to further explain the upper wing failures.

The delay caused by addressing and solving the triplane’s chronic structural problems widened the gap between the era of the turn-fighter, and that of the high-speed gun platforms such as the D.VII, Spad XIII, and S.E.5a. Bad timing sealed its fate as something of an anachronism and also eliminated any prospect of large production orders. Production eventually ended in May 1918, by which time only 320 had been manufactured. The Dr. I too was sidelined from frontline service as the easier-to-fly Fokker D.VII entered widespread service in June and July.

Still, in popular culture the Dr. l was perhaps the most iconic fighter of the war.

German Fighter Aircraft in World War I is published by Casemate Publishing and is available to order here. 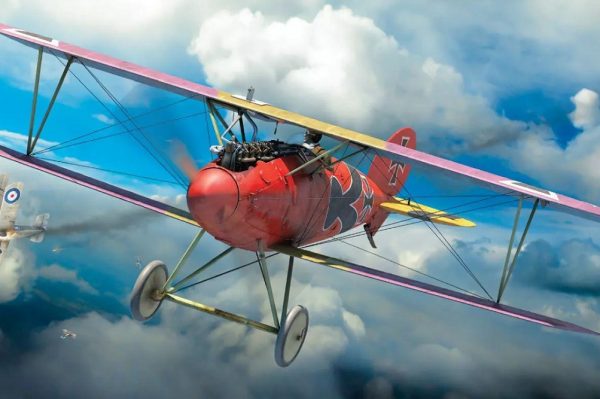 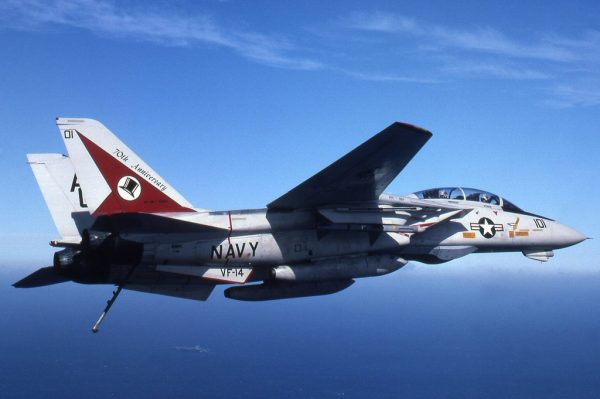 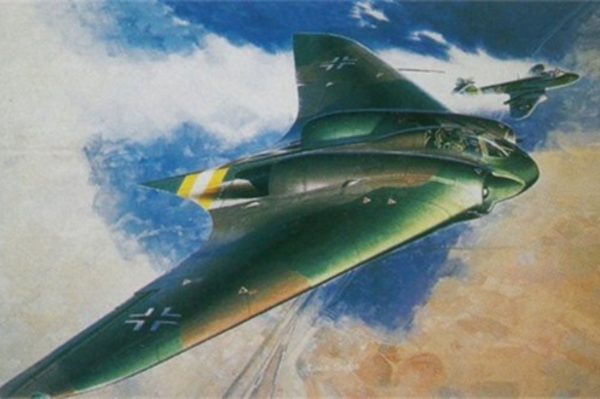