Log In Sign Up
Homepage Cold War EraThe F-15N Sea Eagle: in the 1970s McDonnel Douglas proposed a navalized version of the F-15 Eagle but it was never up to the F-14 Tomcat

The US Navy considered developing the F-15N Sea Eagle as a faster, lighter and cheaper alternative to the F-14. But modifying the F-15 with folding wings and stronger landing gear for carriers negated its advantages.

Advancements during the Cold War in Soviet long-range patrol and bomber aircraft dictated a requirement for a fleet defense fighter that could engage high-altitude bombers from well beyond visual range. The iconic F-14 Tomcat was Grumman’s answer. Needing an interceptor’s high speed while carrying this heavy ordnance, Grumman produced the highly effective variable sweep wing of the F-14, enabling it to operate at a wide range of airspeeds.

The Navy’s search for an advanced carrier-based air superiority fighter led to evaluation of General Dynamics’ F-111B, an aircraft that would promote the Department of Defense’s aim of commonality with the Air Force and its F-111A. The F-111B, having been modified to meet Navy mission requirements, was deemed too heavy for carrier operations and the contract was cancelled in April 1968. Subsequently, the Navy inaugurated a new design contest for what was termed the VFX program, the two primary competitors being McDonnell Douglas and Grumman.

McDonnell Douglas instead offered a “navalized” version of its new F-15 Eagle air superiority fighter. A wing hinge, proper arresting hook and strengthened landing gear were among the modifications for the F-15N. According to DriveTribe, even with the weight imposed by these changes, the F-15N was expected to still be able to outmaneuver the F-14. However, the initial proposal did not include were the AIM-54 Phoenix missiles or the AN/AWG-9 radar needed to aim and fire them. A study by the US Navy included adding the radar and AIM-54s, but the resulting aircraft would have weighed 10,000lbs more than a standard F-15A, erasing any advantage the Sea Eagle might have had. McDonnell Douglas, along with Hughes Aircraft, maker of the AIM-54 and the radar, worked up a proposal to modify the F-15s AN/APG-63 radar to interface with the AIM-54.

A Senate subcommittee began to study the proposal in 1973, and was later expanded to include a stripped F-14 variant and an upgraded F-4. A fly-off between the F-14A and F-15N was brought up, but was never held.

The Navy ultimately stuck with the F-14, that proved to be an extremely capable aircraft. Following Grumman’s tradition of naming its aircraft after cats, the new “Tomcat” made its first flight in December 1970. After a number of changes following flight testing, the first F-14As were delivered to the Navy in June 1972, with Fighter Squadron (VF) 124 designated to provide crew training. On the West Coast, VF-1 and VF-2 were the first operational squadrons to receive the new aircraft, while on the East Coast VF-14 and VF-32 became the first Atlantic fleet Tomcat squadrons. 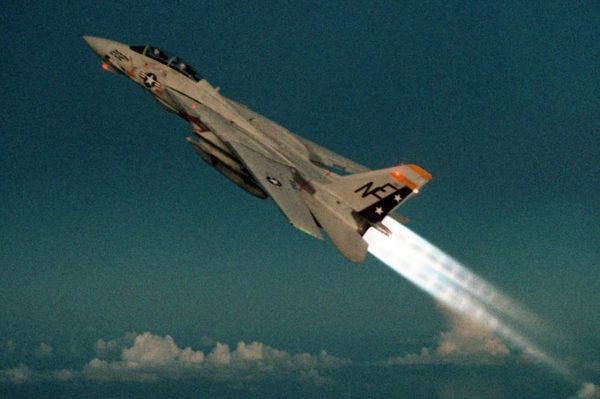 Former F-14 RIO tells the story of when he and his pilot pushed their Tomcat beyond the aircraft advertised Top Speed of Mach 2.34 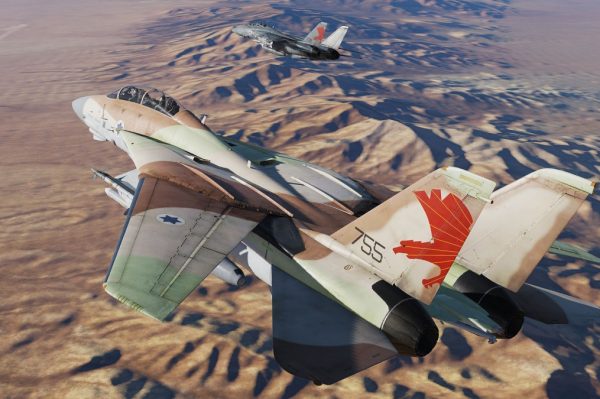