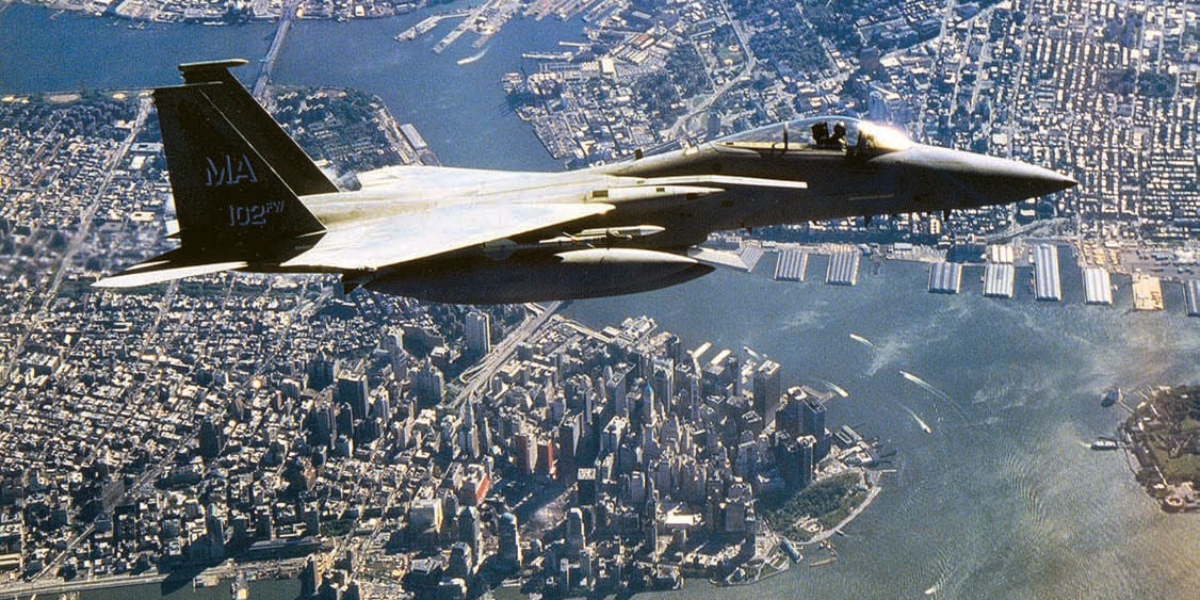 While reports were still coming in alerting of the hijackings, amidst the initial chaos and confusion, the Massachusetts Air National Guard F-15 Eagle fighter jets were the nation’s first military response to New York on that horrific day.

Members of the 102nd Fighter Wing (since re-assigned as the 102nd Intelligence Wing) scrambled two F-15 Eagles in response. On that day while reports were still coming in alerting of the hijackings, amidst the initial chaos and confusion, the Massachusetts Air National Guard was the nation’s first military response to New York on that horrific day.

Once Lt. Col. Tim Duffy, and Maj. Dan Nash of the 102nd were in their aircraft they were in the air within six minutes, heading toward New York City, 153 miles away.

“Right, so we got into the jets for battle stations, the green light went off to give us the scramble order,” said Nash.

“Duff taxied out as No.1 While we were taxiing out, I followed him and we got the words to climb to a certain altitude and a certain heading in the direction of New York City.”

As they flew south new information was being relayed from the Federal Aviation Administration. They learned that as they were preparing to leave, American Airlines Flight 11 had struck the World Trade Center. Then a second hijacking was reported, that of United Airlines Flight 175.

With the F-15s still on route to NYC, more than halfway there, Flight 175 crashed into the World Trade Center’s South Tower.

The congested airways of the North East Sector hindered Air National Guard weapons controllers who were searching from the hijacked aircraft, compounded by the fact that the hijackers turned off the electronic transponders that allow the FAA to identify commercial airliners.

“They came back and told us we had a new mission to proceed direct to Manhattan and set up a combat air patrol,” said Duffy. “We’re just trying to make sure we can identify and escort to land or turn away (aircraft) or do whatever we need to do to keep it from happening again.”

Once above NYC, Duffy and Nash established a combat air patrol, forcing all nonmilitary aircraft to steer clear of the area. The FAA ordered civilian aircraft to land once it was clear we were under attack.

Duffy and Nash were flying in formation directly over the second tower trying to visually ascertain its status when it collapsed.

“And as I’m looking at the square, the roof, it starts getting smaller. All of a sudden I saw the plume coming out of the bottom, it was falling away from me when we’re looking at it,” Duffy said.

The F-15s were refueled by KC-135 Stratotankers from Maine’s 101st Air Refueling Wing. Later they were joined by others from their unit, along with F-16s from the Vermont National Guard’s 158th Fighter Wing and New Jersey’s 177th Fighter Wing.

During their more than five-hour patrol over NYC they escorted about 100 aircraft out of the area, before returning to Otis Air National Guard Base.

To this day the Massachusetts Air National Guard continues to support the safety of the American people and the sovereignty of the country’s air space through patrols and training exercises. 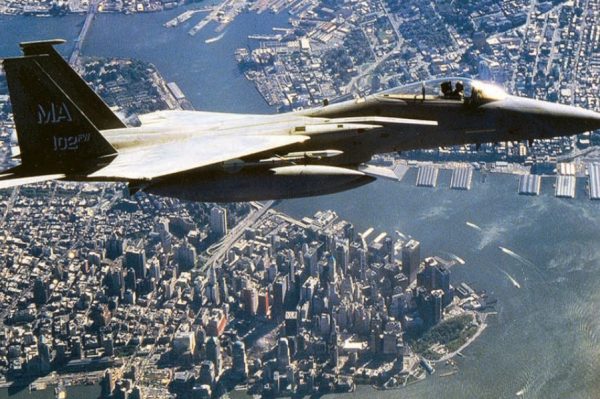 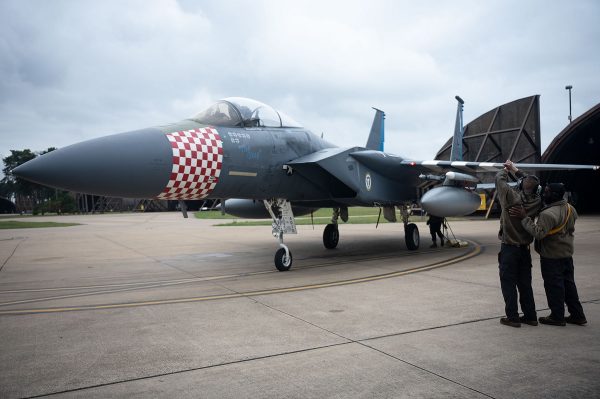 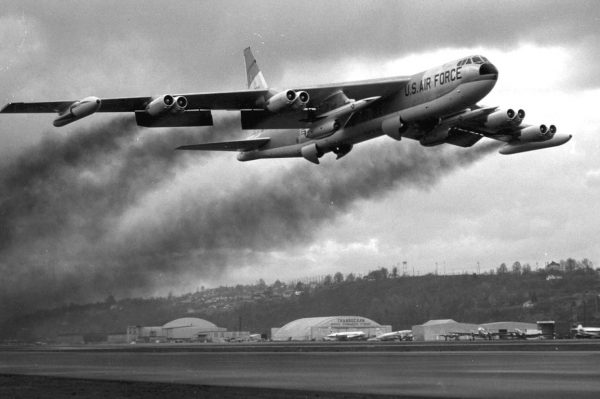