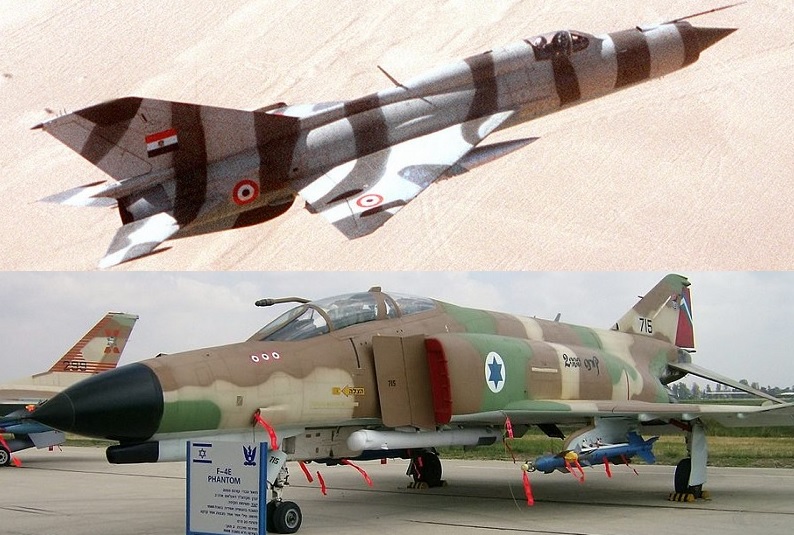 The Egyptian Air Force First Phantom Killer That Never Was

‘Then my leader yelled, “Break, break, we have two aircraft behind!” So, I forgot about the smoking Phantom and turned away. I left him southeast of Suez, and the jet crossed into Sinai. I think the F-4 crashed on the way home …,’ Ahmed Atef, Egyptian Air Force MiG-21 Pilot

The reason the Israeli Air Force (IAF) worked so hard to obtain the F-4 in the late 1960s, and relied on it for so much, is clear. The big jet’s range, payload, and bombing accuracy were superior by orders of magnitude to anything they had operated up to that time.

In fact after having been acquired in 1969 the F-4 Phantom fighters quickly became the backbone of the IAF.

Within three months of their delivery, Israeli casualties in the War of Attrition were reportedly at their lowest since the onset of hostilities, and Egyptian air defences were supposedly ‘neutralised’. As explained by Tom Cooper and David Nicolle, with Lon Nordeen, Patricia Salti and Martin Smisek in their book Arab MiGs, Volume 4, in the hope of scoring more points in the arena of public relations, Israel launched a campaign of supersonic ‘booming’ of Egyptian towns. Together with newly delivered F-4Es, Mirages flew at supersonic speed and low altitude, breaking windows all over Egypt. Egypt reacted by further increasing their pressure upon Israeli positions on the Sinai. On Dec. 9, 1969, four Su-7BMKs delivered such a slashing attack on the HAWK SAM site near Baluza that the Israelis did not manage to fire a single missile in response, and even the Mirages were late to scramble. The Israelis attempted to pursue the withdrawing Sukhois to the west of the Suez Canal, but were then jumped by MiG-21F-13s flown by 1st Lts Ahmed Atef and Munir. The two young and bold Egyptian pilots attempted to correct the mistake of their GCI – which vectored them in front instead of behind the enemy formation – by delivering a head-on cannon attack on the two Mirages. Without waiting to see the results of their attack, and having completed their task of protecting the fighter-bombers by forcing the Israelis to withdraw, both pilots then disengaged without further incident. Later in the afternoon, the IDF/AF returned to pound eight SAM sites at Abu Suweir, and between Ismailia and Cairo, and the same two Egyptian pilots were scrambled again, as described by Atef:

`We had scrambled from Inchas and joined four other MiG-21s from Kom Awshim. Once in the air, the GCI informed us about the situation. The Israelis were flying a reconnaissance with Mirages in the direction of Bani Suweif. The first four MiG-21s went to intercept the two Mirages that were under way at low level, but could not reach them because the Mirages were flying too fast. So the MiGs went back to their base, and we were to protect their landing. Then the GCI told us that there were eight Phantoms approaching us over the Gulf of Suez, at an altitude of 6,000m [19,685ft]. Four other MiGs had scrambled from Inchas to support us and they were soon about 15km [9.3 miles] behind us. The GCI continued feeding us information about the situation, then ordered us to get to maximum speed, release belly tanks, go to afterburner on, climb to 10,000m [32,808ft], and advised us that the target was at 35km [21.7 miles] at 11 o’clock (I have the tape-recording of this engagement). 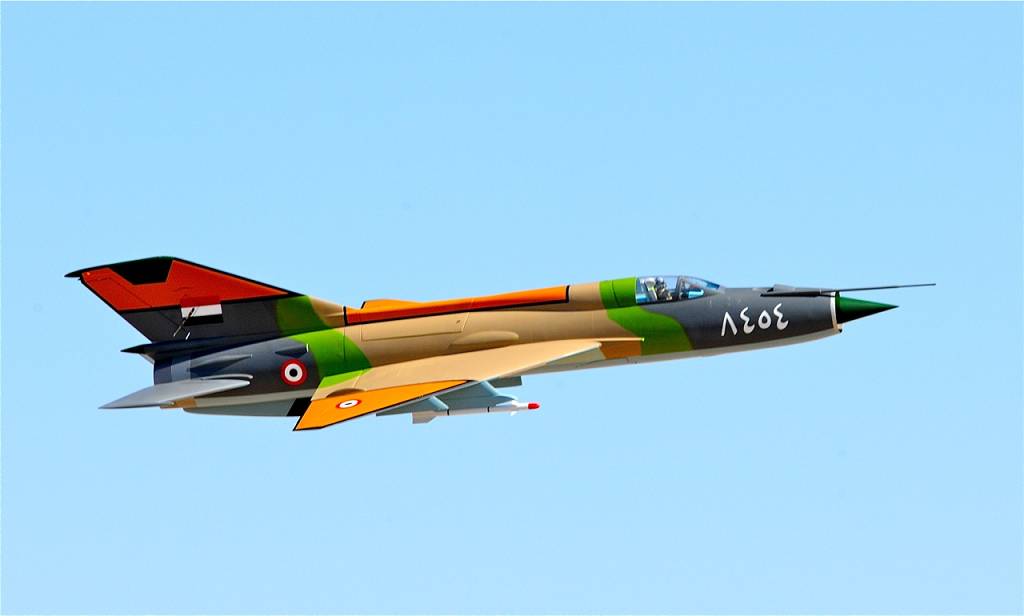 ‘The first flight of F-4s was distributed in two sections of two, and the second flight was further way. After I made my combat turn, I saw the number three and four Phantoms, and my leader confirmed he had two aircraft in sight. Then we saw a missile in flight – an Israeli air-to-air missile. It passed through our formation but did not hit anything. The leader of the Israelis then made a very smooth turn, but his nu-ber 2 delayed a little and my leader went after the number 2. When the Israeli saw the two MiGs approaching, he made a quick turn to the right and forgot about his leader He escaped, making a very good egress, and was gone to the coast.

`I looked around and saw another Phantom about 5km [3.1 miles] away, but my leader said that these were approaching MiGs. I looked again and saw their noses were black: all our aircraft had green noses – the Su-7s, MiGs – all had green noses. So I went after him. Now I knew he was a poor pilot; he made some turns but could have gotten away if he had dove down and run. I was flying a MiG-21F-13 and could not have caught him if he did this. We manoeuvred, and I reached a position around 200m [656ft] behind him and opened fire with my cannon. He made a very gentle turn, and put his afterburners off, so that I fell back to around 1,000-1,200m [3,281-3,937ft] behind him. I believe he could not see me. We were at low level, and I knew that below 500m [1,640ft] altitude the Atoll would go into the ground if I fired down at the target. I dropped below him to make the Phantom the only heat source in the sky.

`This was my first time to shoot an Atoll. I was on vacation when the squadron shot Atolls in training. I remember the speed was 1,250km/h [777mph], which was outside the limits of the MiG-21F-13 at that altitude, but I did not care. I had a tone from the missile, and I launched it. The missile went for the F-4 and the explosion was below the aircraft. Nothing happened, just a bang, smoke, and the Phantom was still flying. So I fired another missile. There was another explosion below the F-4, and I think the left engine started to smoke, but it was still flying. I couldn’t believe what was going on, so I changed to the gun and approached the jet. He was slow-ing down, and I didn’t want to open fire until I had him. in my lap. Then my leader yelled, “Break, break, we have two aircraft behind!” So, I forgot about the smoking Phantom and turned away. I left him southeast of Suez, and the jet crossed into Sinai. I think the F-4 crashed on the way home …’

At least according to available Israeli publications, no F-4 was lost on this day, and thus although Ahmed Atef subsequently became known as ‘FFK’ (for ‘First Phantom Killer’) among his fellow pilots, he probably became the first eyewitness to the built-in survivability of what was then the finest fighter-bomber in production in the US. 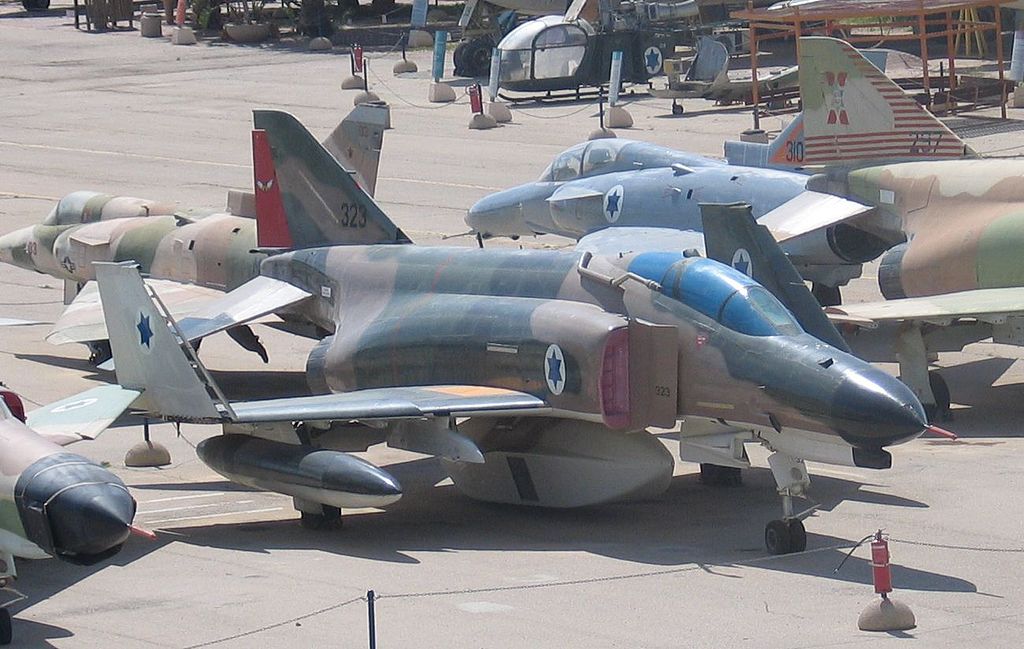 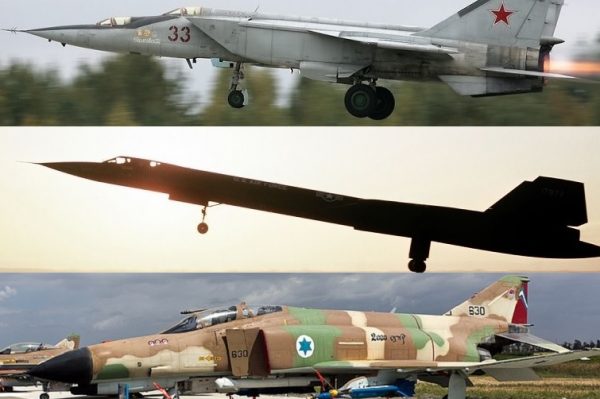 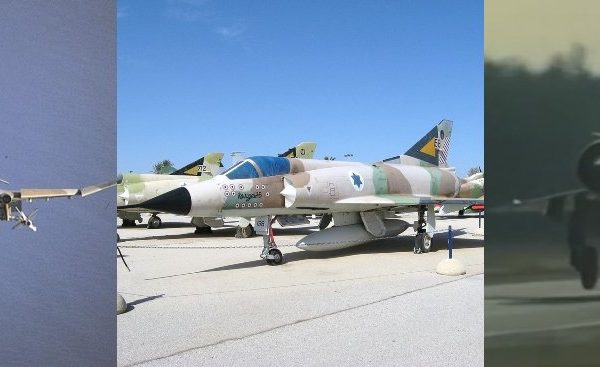