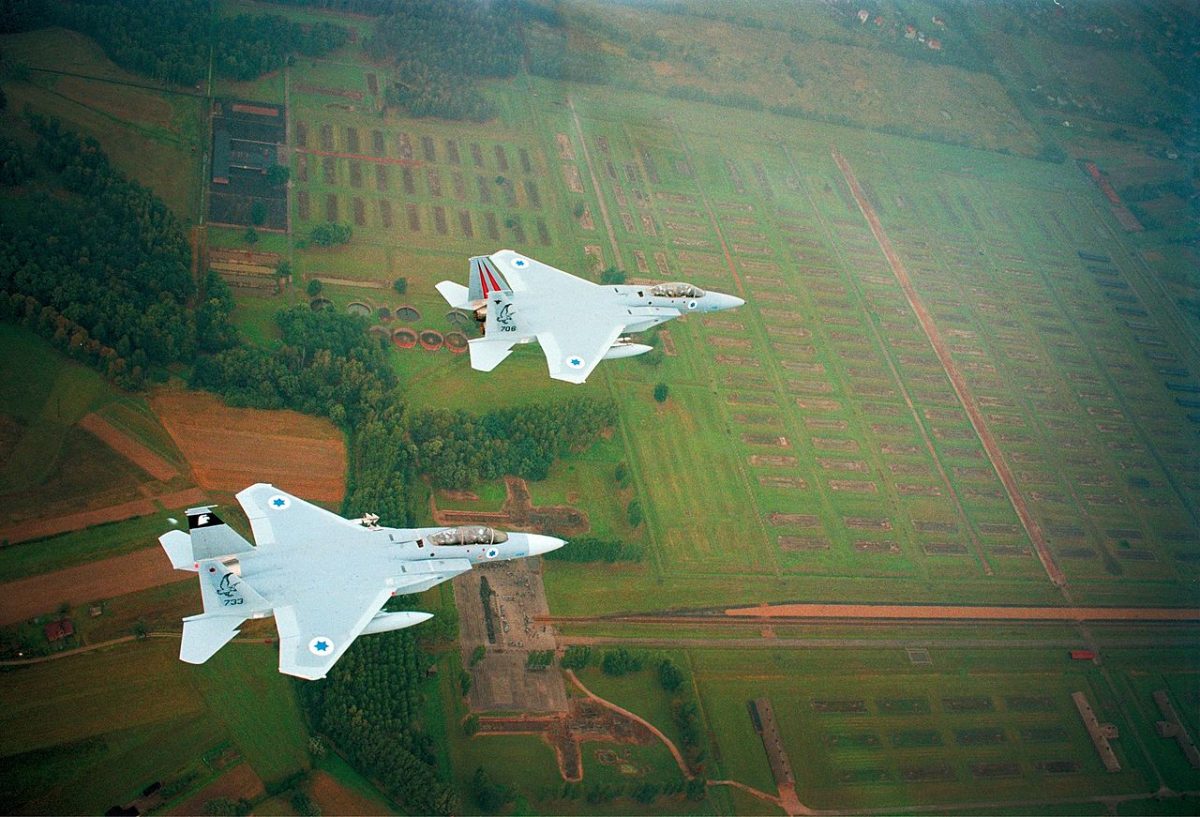 “We pilots of the Air Force, flying in the skies above the camp of horrors, arose from the ashes of the millions of victims and shoulder their silent cries, salute their courage and promise to be the shield of the Jewish people and its nation Israel,” Brig.-Gen. Amir Eshel, F-15 Formation leader.

Flight 301 was one of the most unusual missions ever carried out by the Israeli Air Force (IAF). On Sep. 4, 2003, three F-15 Baz jet fighters took off from the Radom-Sadkow military airfield in Poland and flew 200 kilometers southwest.

The three Baz 4 AUP fighter jets (706, 715 and 733) departed Israel on Aug. 28, 2003 and headed to Poland to attend the Polish Air Force’s 85th anniversary airshow, which was over the weekend of Aug. 30-31. On their way home, the three-ship formation performed a flypast over Auschwitz-Birkenau.

In stormy weather, they passed over a series of sleepy Polish villages until they reached Oswiecim. After turning west, they descended from an altitude of 10,000 feet to 1,200 feet, emerged from the clouds and assembled in formation. At precisely the designated hour, noon, the IAF F-15s (all piloted by childredn of Holocaust survivors) passed over the red-brick gate of the Auschwitz-Birkenau concentration camp. Located near the Polish village of Oswiecim, Auschwitz-Birkenau was the largest of the 2000 Nazi concentration and extermination camps. More than a million Jews were murdered in Auschwitz-Birkenau, which was equipped with four gas chambers that could each kill up to 6000 people per day.

Formation leader Brig.-Gen. Amir Eshel read out the following statement over the comms as the IAF F-15s overflew the concentration camp: “We pilots of the Air Force, flying in the skies above the camp of horrors, arose from the ashes of the millions of victims and shoulder their silent cries, salute their courage and promise to be the shield of the Jewish people and its nation Israel.”

A plunge, an eastward turn, a northward turn, a photograph. After three minutes in the skies of Auschwitz, the three F-15s flew back to Israel, landing at Tel-Nof airbase. 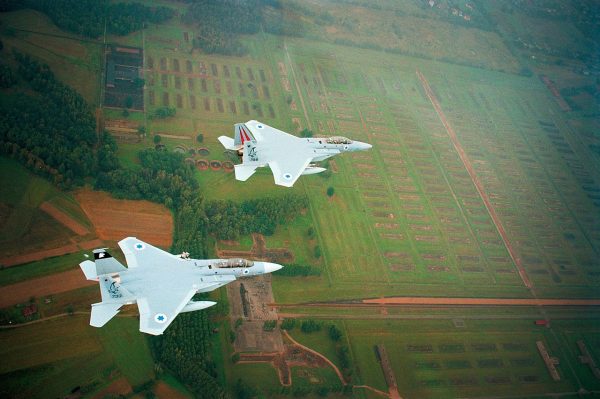 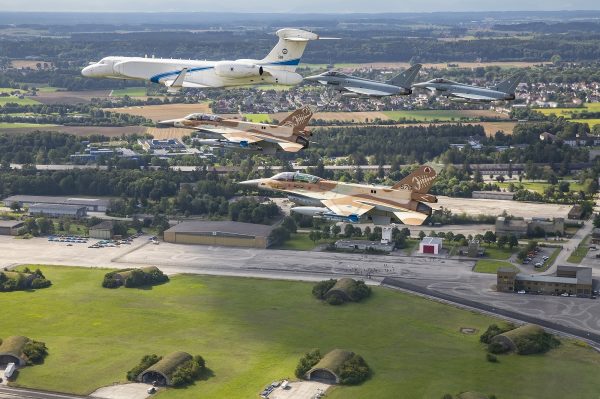 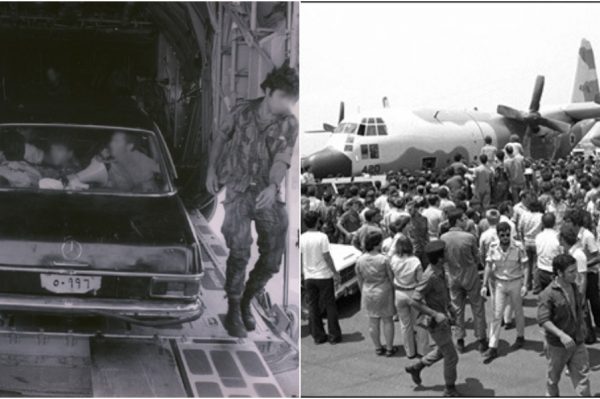