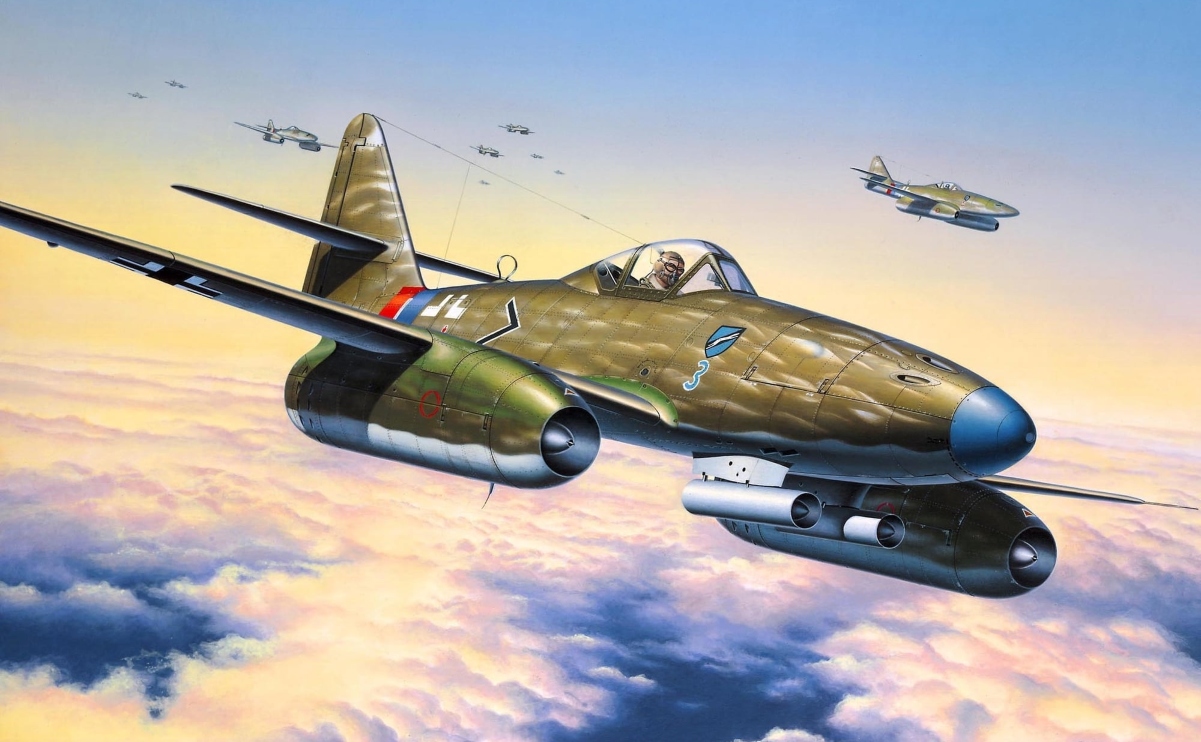 The gun turret operators among the prisoners said that there was no way they could rotate their turrets fast enough to shoot one of those things down.

Developed from a 1938 design by the Messerschmitt company, the Me 262 Schwalbe was the world’s first operational turbojet aircraft. First flown under jet power on July 18, 1942, it proved much faster than conventional airplanes.

On Jul. 25, 1944, an Me 262 became the first jet airplane used in combat when it attacked a British photo-reconnaissance Mosquito flying over Munich. As a fighter, the German jet scored heavily against Allied bomber formations.

The allies were shocked by the astonishing speed of Luftwaffe‘s new fighter.

‘My father was a bomber pilot in WWII,’ Patrick Crowley, who worked for a NASA subsidiary, says on Quora.

‘He was shot down at the beginning of 1944 and spent most of the rest of the war in Stalag Luft III, located in Sagan, Poland. Yes, that Stalag Luft III where The Great Escape came from. Dad was a scrounger in the camp, like Hendley, the James Garner character.

‘Anyway, there must have been some Luftwaffe airfields not far from the camp because every once in a while the POWs would see German fighter planes overhead, not patrolling but apparently training or testing out new maneuvers or new equipment. It was a variety of aircraft, the usual Bf-109s, Focke Wulfs, and so on.

‘From one of the hidden radios in the camp they heard about the landings at Normandy and everybody (at least the prisoners) were cheered up by the news. The war was progressing and their side was winning. If they could just hang on for a while longer they’ll be freed and be able to go home. The German guards didn’t seem to be aware of D-Day though. Probably it wasn’t being reported over Nazi radio.’

‘Not long after the news of the Allied beachhead, something new happened. The German guards were chattering excitedly and pointing up into the sky.

‘Then the prisoners heard a screeching noise, very loud and an aircraft with odd, swept-back wings screamed by overhead.

‘But what was more, it didn’t have any visible method of propulsion. No propellers!

‘The gun turret operators among the prisoners said that there was no way they could rotate their turrets fast enough to shoot one of those things down.

‘The mood in the camp went decidedly downhill – for the prisoners at least. The guards, who were all Luftwaffe themselves, were ecstatic. Finally, here they could see one of the new Wunderwaffen (wonder weapons) that the high command had been promising them.

‘The prisoners saw it as a huge stumbling block that at best would prolong the war and their captivity and at worst might turn the tide once again and they could lose the war.’

‘But, as fate would have it, the Me 262s were too late and too few. There were never enough of them and even though they were too fast to shoot down in the air, they were finicky to maintain and didn’t make that much of a difference.

‘But the aircrew in captivity had seen the beginning of the jet age and my father, for one, never forget the feeling of astonishment and woe to see such a thing in enemy hands.’ 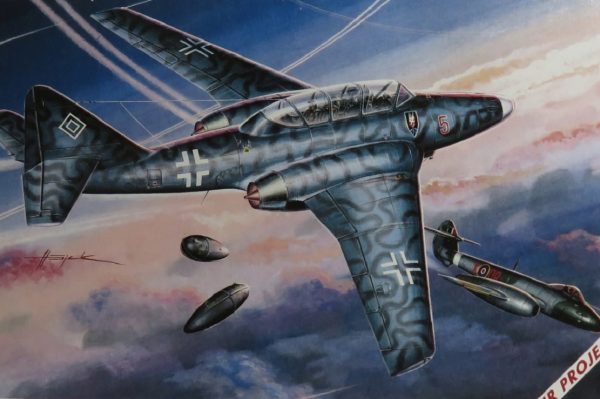 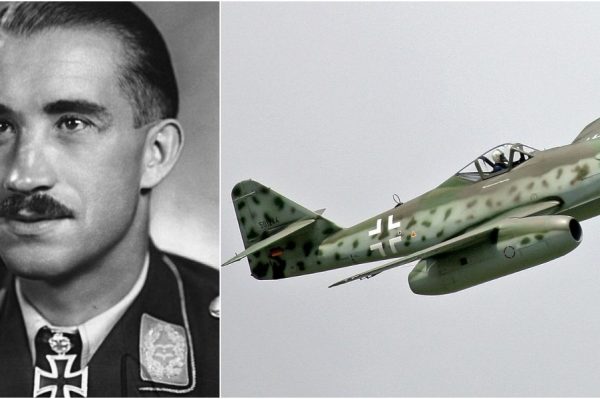 Legendary German Ace Adolf Galland tells the story of his last combat mission, P-47 pilot recalls the dogfight where he shot down Galland during his last combat